Actor-stuntman Terry Wilson, best known for his role as Assistant Wagonmaster Bill Hawks on the classic TV Western series Wagon Train, enjoyed telling stories about his friendship with John Wayne and the movies they made together.

Wilson met Wayne and his longtime stunt coordinator Cliff Lyons, during the 1949 filming of The Fighting Kentuckian, the second movie produced by John Wayne Productions.

“They had a scene in there when the horse is supposed to rear up and come down on Duke’s character,” Wilson recalled for historian Tim Lilley in the mid-1990s. “They tried a couple of horses, and there was a fellow named Fred Kennedy, who had broken me into the falling horse business…Fred told them about me. The next day I went out, put the clothes on, and did that. That was the start of my association with Wayne.”

Also in 1949, Wilson worked as a stunt double for actor Forrest Tucker in Republic Pictures’ The Sands of Iwo Jima, a patriotic salute to the U.S. Marine Corps’ bravery fighting one of the toughest WWII battles in the Pacific. It seemed a natural match since Wilson served as a Marine in two other brutal Pacific theater battles, Saipan, and Okinawa. Sands of Iwo Jima would garner Wayne his first Oscar nomination as Best Actor for his starring role as Marine Sergeant John Stryker, who dies in the heat of battle. 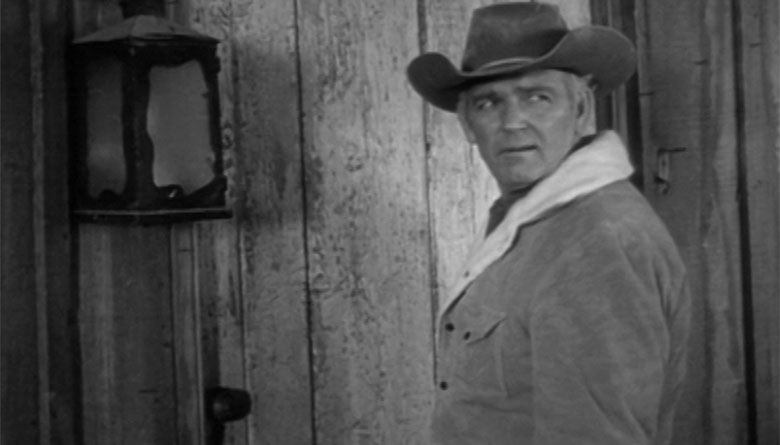 In 1952, Wilson worked again with Wayne in Ford’s The Quiet Man. Wilson and Morgan filmed a small segment of the spectacular donnybrook between Wayne’s Sean Thornton and Victor McLaglen’s Squire Danaher at Republic Studios in Hollywood. Morgan doubled Wayne, and Wilson doubled McLaglen as they crashed through the front door of an Irish pub.

By 1953, Wilson would double Wayne, Ward Bond, and Leo Gordon in the 3-D Western Hondo, produced by Wayne’s Batjac Productions, and directed by John Farrow, with Lyons as stunt coordinator. “The biggest thing I did was the fight scene for Duke, the [knife] fight with the Indian. I actually doubled Duke on that film, more so than Chuck Roberson who did a lot of other things in the film,” Terry noted.

Wilson worked again with Farrow and Wayne in 1954 on The Sea Chase, a movie about a German sea captain (Wayne) who falls in love with a Nazi spy played by Lana Turner.

Also in 1954,Wilson and a contingent of Ford stunt performers worked in Wayne’s worst film, The Conqueror, as Wayne played Genghis Khan. Location shooting was around St. George, Utah, which was on the receiving end of radioactive materials blown into the air by Nevada’s above-ground nuclear testing. Duke and his son Michael Wayne, actors Susan Hayward, Pedro Armendariz, Agnes Morehead, director Dick Powell, and several stunt performers were among those who worked on the film and later died from cancer. The movie was considered so awful it wasn’t released in movie theaters until 1956.

In 1956, Wilson continued to double Wayne in the biography of Navy pilot-turned-screenwriter Frank “Spig” Wead in Ford’s film The Wings of Eagles, released in 1957. Wilson’s stunts included flying an airplane into a swimming pool and falling down a flight of stairs in the film’s reenactment of how Wead was crippled in real life.

Also, in 1956, Wilson doubled Ward Bond, and played a Texas Ranger, in what is widely considered to be Wayne and Ford’s greatest western, The Searchers. One of Wilson’s most dangerous stunts happened when he and Chuck Hayward doubled Wayne and Jeffrey Hunter as they crossed over a frozen lake in Elk Island Park in Edmonton, Canada. “We had to ride out on this thing,” Wilson recalled. “I tell you, it was a little scary because every so often you could hear that ice ‘ping’ as it kind of cracked beneath you, the cracks going in all different directions.”

Hayward and Wilson again teamed up in Libya, with Wilson doubling Wayne and Hayward doubling co-star Rossano Brazzi on location during 1957’s Batjac Productions’ Legend of the Lost. Directed by Henry Hathaway, Hayward and Wilson slept in two-man tents in the desert for three months as they also re-trained six mules used in the film.

Finally, Wilson secretly doubled Duke Wayne for the last time in 1966 as Wilson played Sheriff Striker in 1967’s The War Wagon, directed by Burt Kennedy. Chuck Roberson was Wayne’s double in the film. The night before the actors and stuntmen were set to shoot the spectacular bar brawl, coordinated by the most famous stuntman in modern history, Hal Needham, Roberson received word that his brother was killed in Los Angeles.

In a 1967 article for his Terry Wilson Fanclub, Wilson recalled, “Chuck had to fly home. I went to Duke and told him that if it would help, I’d take Chuck’s place and do the fight for him. Wilson’s Sheriff Striker character was in the beginning of the fight scene when Wayne’s character ’Taw‘ gives him a strong punch in the face and sends him out the saloon door. As soon as the scene was completed, I went to makeup and shaved, got my hair trimmed and darkened, and went back to finish the fight as Taw,” Wilson wrote.

The film’s publicity men loved the idea of putting out a press release about how John Wayne’s former stuntman saved the day—returning to double Duke, again. Wilson observed that “they were really going to play it up big” because they knew the story would make the gossip columns and the trade papers. 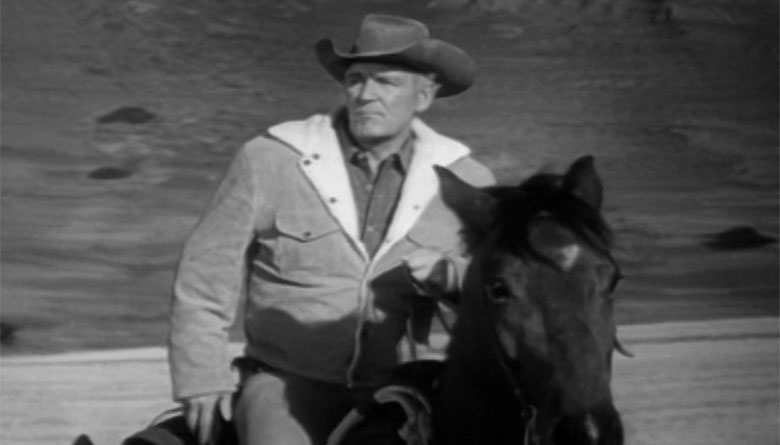 However, every publicity story about the film had to be cleared through Wayne. “He put his foot down and killed the story,” Terry noted. “The way he explained it to [the publicity men] was that I had worked too hard at being an actor and he wasn’t going to let a story like that go out and put me back to being a stuntman again … I’m an actor and that’s the way it will stay. I did the stunt work as a personal favor to a friend, and that friend didn’t turn on me and spoil all that I’d been working for.”

Wilson told that story only to his fan club members, who appeared to have kept his secret. Duke Wayne was true to his word and not a single member of the crew who worked on that film ever publicly revealed that Wilson doubled Wayne that last time on The War Wagon.