Follow the adventures of the Macahan family! Zeb Macahan reunites with his family and leads them on the perilous journey west from Virginia, just as the Civil War breaks out. When tragedy strikes, Zeb, a well-known mountain man and scout, finds himself the head of the family, responsible for protecting and defending them.

Mountain man, Zebulan Macahan has a renowned reputation as a trapper, trader and scout for the U.S. Army, working the Indian Territories in the early 1860s. He makes a good living and is comfortable in his lifestyle. But trouble is brewing, as the Civil War breaks out. Concerned about family he hasn’t seen in years, living in Manassas, Virginia, Zeb treks back east to reunite with his brother, Tim, Tim’s wife, Kate and their sons, Luke and Josh and daughters, Jessie and Laura. Now the war is coming too close to home, so the family packs up and Zeb leads them west, hoping to settle in Oregon. They get as far as Nebraska, and decide to homestead there for the winter until they can continue on to Oregon. 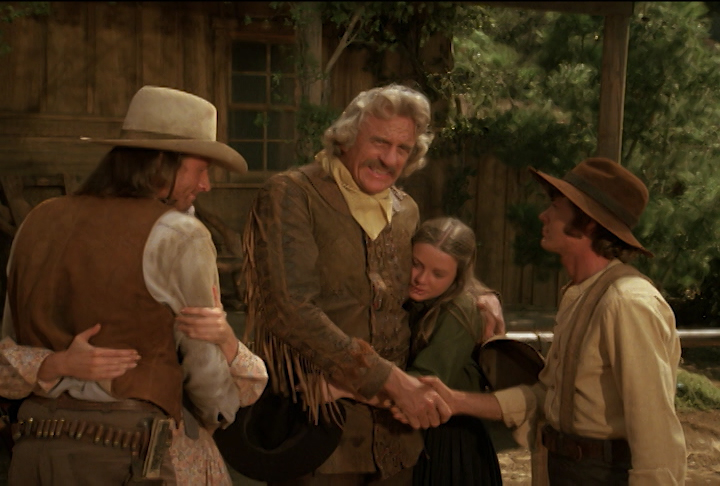 As the war escalates, Tim heads back to Virginia to bring his and Zeb’s parents west, but when he doesn’t return within a reasonable time, Luke leaves to look for him. Both Luke and Tim, unbeknownst to the other, are involuntarily drafted into the Union Army. When his entire platoon is killed, Luke deserts and starts to make his way back to Zeb and his family. Luke is now a wanted man and on the run, as a sheriff he shot in self-defense will not stop hunting him down until he sees Luke hang. Meanwhile, life at the homestead is not without its own drama. A renegade mountain man escapes jail and goes gunning for Zeb, who put him behind bars for killing innocent Indians.

Over the years, adventures abound, from Luke keeping just steps ahead of the vengeful sheriff to a tragedy that brings Kate’s sister, Molly Culhane, a wealthy Chicago widow west, to Zeb fighting for his family, not to mention, hints of sweet romance.

Join the Macahan clan in these special airings of How the West Was Won on INSP!

When letters from Tap Henry’s daughters are returned from Mexico, Zeb and Josh travel south to find her. But once they arrive, no one will speak to them – and everyone treats them with fear and suspicion.

When General Sheridan asks Zeb to search for a dangerous Frenchman—and return him to Canada—he reluctantly agrees. With Zeb gone, the General begins to court Molly Culhane.

After three boys steal the horses that Zeb and his nephews have wrangled and trained, Zeb must deal with the young thieves. Which is complicated, since one of them is his niece’s boyfriend…

Zeb Macahan and a group of soldiers bring an Indian chief back to fort, they hope to stop Indian attacks on wagons heading west. But a young lieutenant straight out of West Point is about to clash with Zeb.

Rockies mountain man Zeb Macahan leads his brother’s family eastward with dreams of a better life. But none of them can imagine the hardships and dangers they are about to endure…