An Army dispatch rider becomes the protector of an abandoned woman and her young son. The Apaches intend to make this woman and child their own…but first they’ll have to get through Hondo!

Stars John Wayne and Geraldine Page. Based on a Louis L’Amour story and nominated for two Oscars, it’s a classic Western about an Army dispatch rider who becomes the protector of an abandoned woman and her young son.

Hondo Lane lost his horse, so it’s just him and his dog Sam walking along when he meets Angie Lowe and her young son on their isolated ranch. Lane asks if he can borrow a new horse, but Angie explains that her ranch hand quit before breaking one. So, Hondo breaks one himself, and while he’s at it, he sharpens an axe blade, chops wood, and teaches the young boy, Johnny, some things a man needs to know. 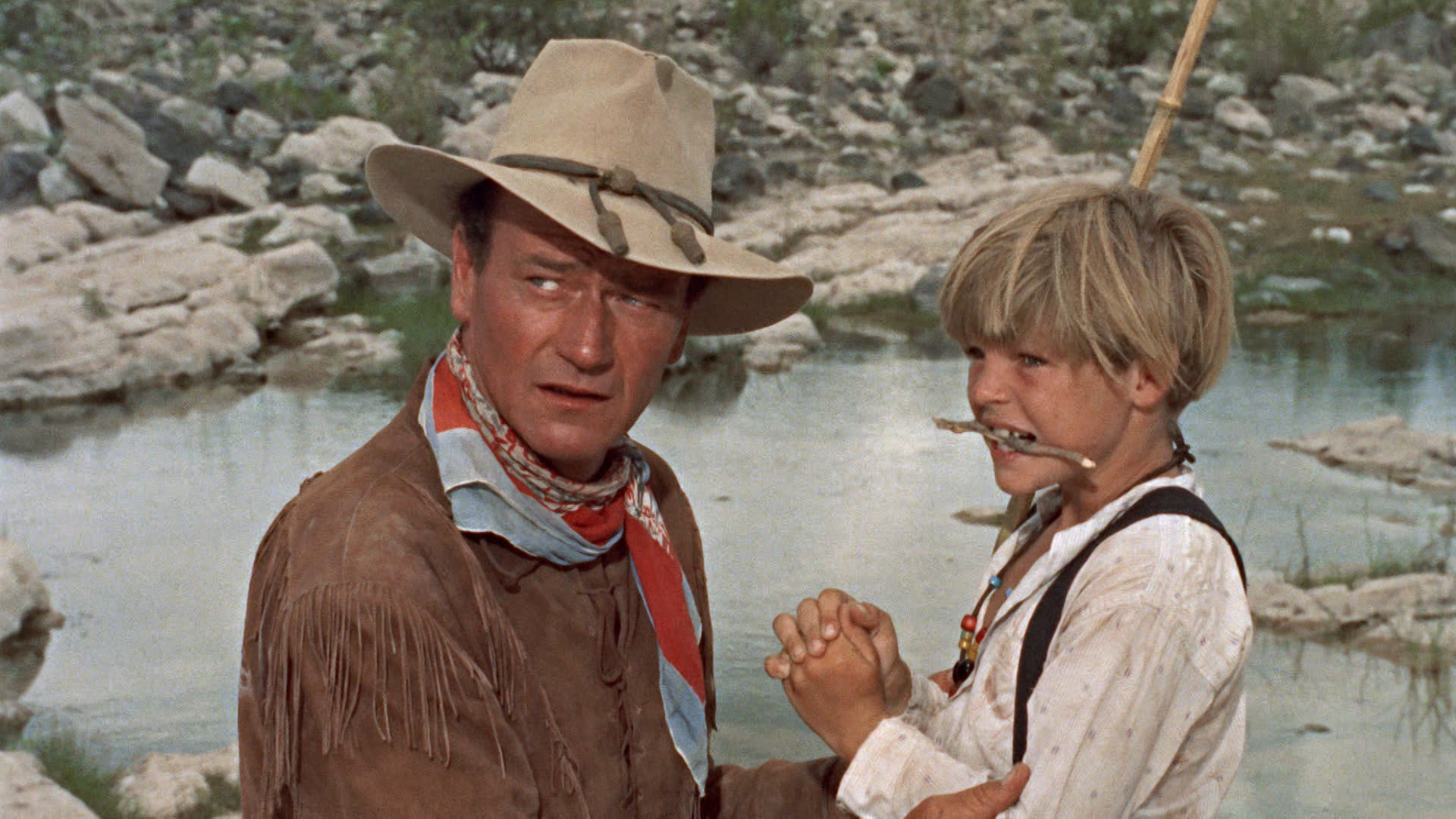 Lane can see by the look of things that there is no man around, but Angie claims that her husband is due back any time. Eventually, she admits  to Lane that her husband, Ed, deserted them during an Apache uprising.

When bad weather moves in, Angie lets Lane come inside and sleep on the floor. But after seeing that his gun is inscribed to Hondo Lane—a man she’s heard is a gunslinger and a criminal—she pulls out her gun and shoots. Luckily, she left the chamber empty just in case Johnny found the gun. Hondo isn’t hurt, and he returns the gun to her after loading it and tells her to keep it that way.

Before heading out, Hondo tries to persuade Angie to leave the area. Apache Chief Vittoro has called a War Council and it’s just not safe for her to stay. But Angie insists that the Apaches have never bothered her before and she and her boy will be just fine.

Once back at his Cavalry post, Hondo learns that the Indians are raiding settlements and killing settlers. Meanwhile, Angie learns the hard way that the Apaches are no longer her friends when they insist that she take one of their own as a husband unless her real husband returns.

Hondo soon realizes that The Apaches intend to make this woman and child their own…but first they’ll have to get through him!