Bond finally became a beloved and popular star as another wagon master Major Seth Adams on Wagon Train, to the delight of his dear friend Ford, the nation’s most honored director. Ford, however, worried about Bond’s health, according to Ford’s grandson and biographer Dan Ford. Bond already suffered from high blood pressure and epilepsy. As the 2% owner of Wagon Train, Bond pushed himself too hard as he had a hand in nearly every aspect of the show. He was smoking heavily, drinking more than usual, and taking “speed” tablets to keep up with his 12-hour days and to control his weight. 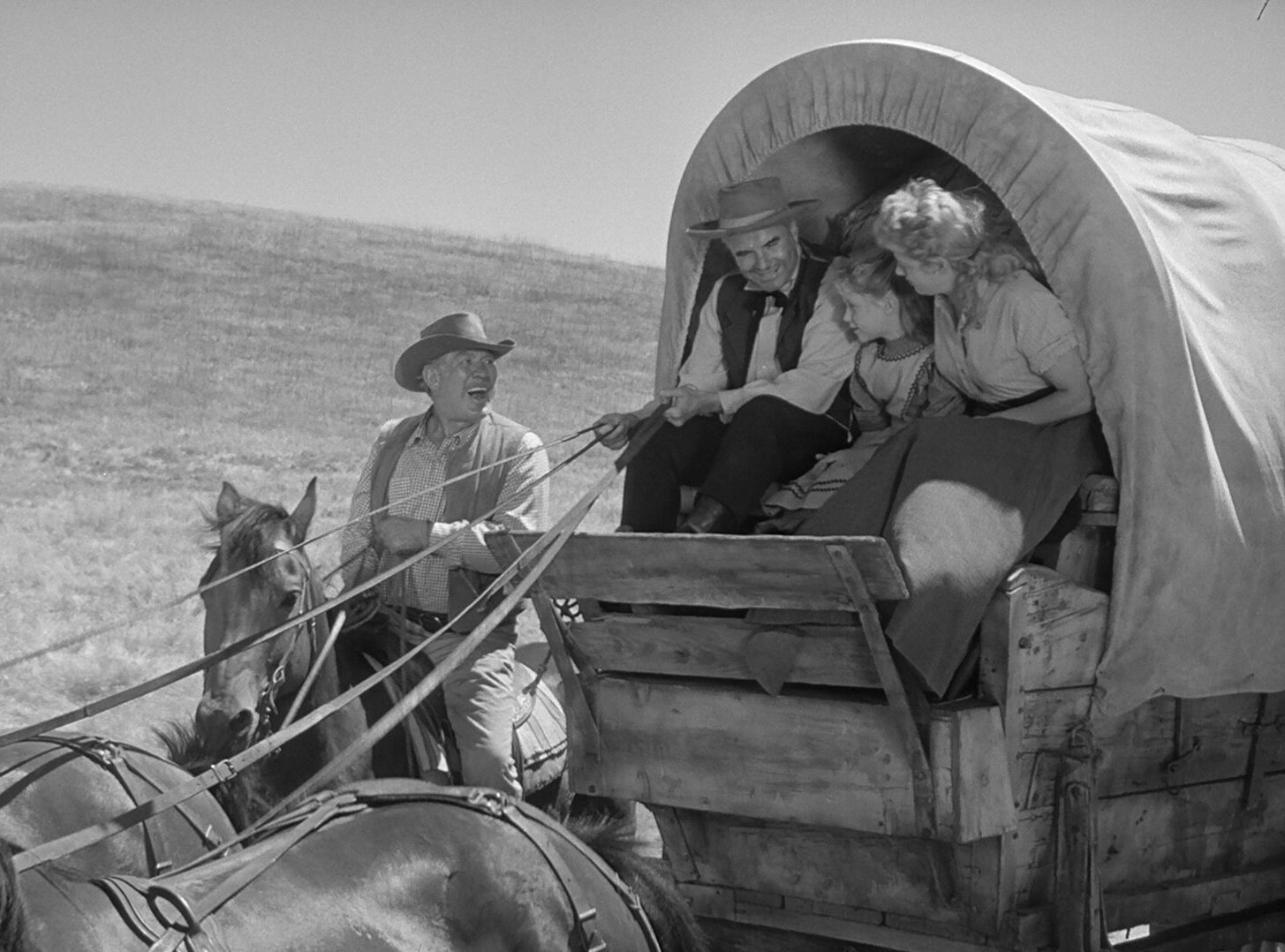 During a slow period in early 1960, Ford spent considerable time on the Wagon Train set visiting Bond, Ford’s former stunt lieutenant Terry Wilson, who played Bill Hawks, and Frank McGrath, who played cook Charlie Wooster. The director was undergoing a particularly stressful time. In his Ford biography, author Scott Eyman observed that Ford had abruptly ended a brief affair with an actress, owed tax money to the IRS, and that his beloved boat Araner was suffering from dry rot.

Typically, Ford would discuss the day’s shooting with Bond, Wilson, and McGrath, complaining about the quality of Wagon Train’s episodes. When Bond had enough of Ford’s nitpicking, he challenged Ford: “If you know so much, why don’t you do one?’’

Ford ordered a script from a mysterious screenwriter who no one had met. Subsequently, Ford extensively revamped the script within ten days, titled “The Colter Craven Story.” Having the most significant western film director alive write, direct, and shoot a Wagon Train episode delighted and frightened the show’s young producers. They left Ford alone to fill 48 minutes of the hour-long episode. In May 1960, Ford shot the episode in six days, producing 82 minutes of footage far better than any shoot for a Wagon Train story.

“The Colter Craven Story” contains beautiful, expansive, and sometimes dangerous shots culled from Ford’s production of The Wagon Master. Alcoholic physician Dr. Colter Craven suffers from post-traumatic stress resulting from his many surgeries during The Civil War. As Wagon Master Major Seth Adams (Bond) tells him the story of his friend from Galena, Illinois, “Sam” Grant, Craven regains his courage, self-respect, and the ability to operate. While this episode is jam-packed with The John Ford Stock Company members, an eleven-minute segment focused on Gen. Ulysses Simpson Grant’s previous failures is the high point of the piece. This segment includes a brief cameo appearance by a shadowy John Wayne as Gen. William Tecumseh Sherman. Wayne is billed as “Michael Morris” in the credits. Unfortunately, Ward Bond would never live to see the episode aired on November 23, 1960.

Two years later, John Ford would re-create, expand, and direct a future version of that segment in the epic film How the West Was Won. Ford later told Director Peter Bogdanovich, “I’ve always wanted to do a feature on Grant. I think it’s one of the great American stories—but you can’t do it. You can’t show him as a drunkard, getting kicked out of the Army.”

Although critics would give “The Colter Craven Story” mixed reviews, it became Wagon Train’s best-known episode.

Read about the Wagon Train Episode, “The Greenhorn Story” NEXT