Alert! John Wayne plays a bad guy! Just released from prison, Taw Jackson puts together a ragtag gang to rob the man who framed him. But one of Taw’s men has a despicable plan of his own.

John Wayne plays a bad guy? Could it be? Indeed, but he’s an “honorable” bad guy!

John Wayne and Kirk Douglas shine as the leads in this classic film that combines the action of a tried-and-true Western, and the adventure of a “heist” movie with twists, turns and touches of genuine humor. Bruce Dern, Howard Keel, Robert Walker, Jr. and Keenan Wynn also star. 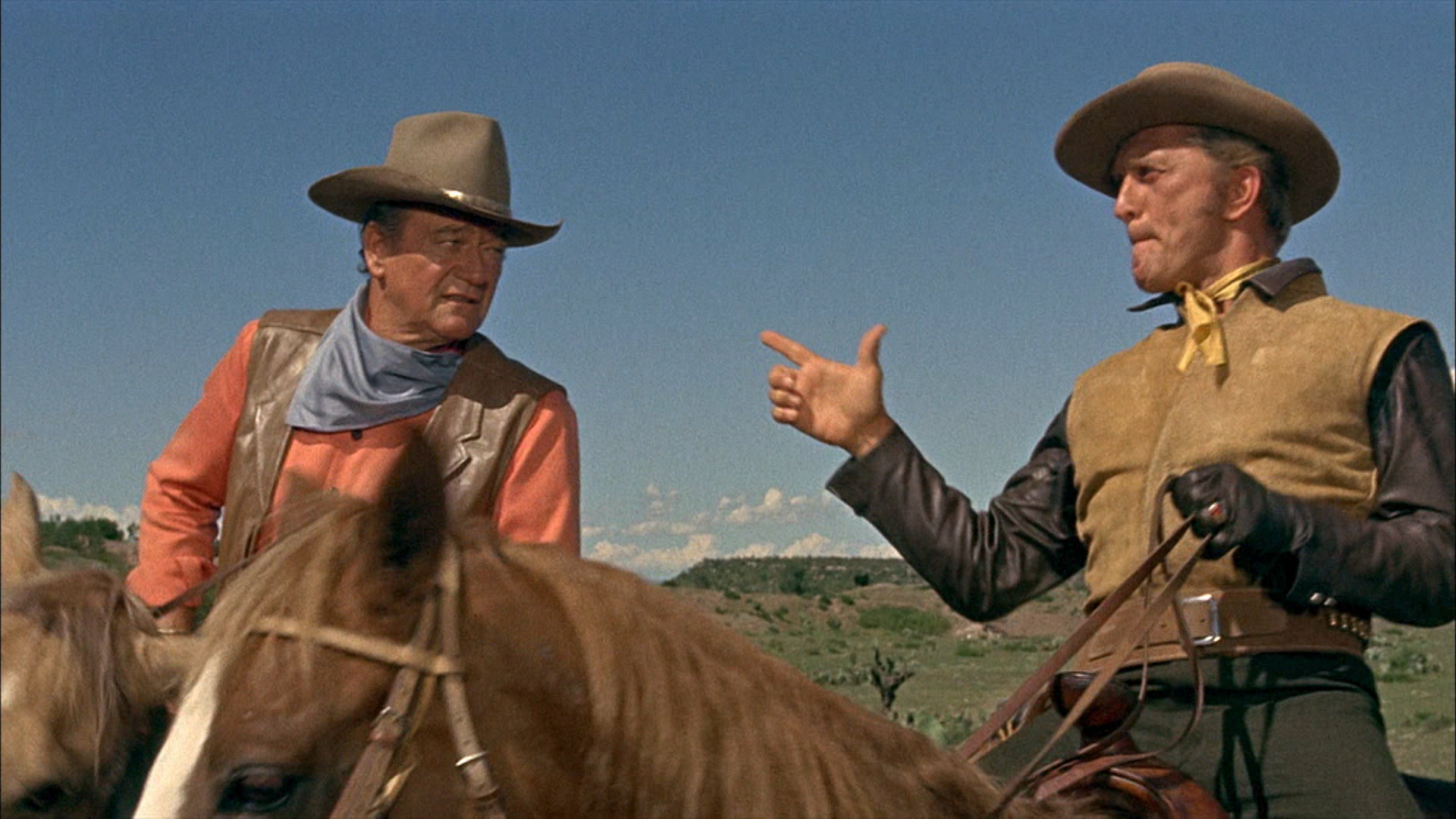 New Mexico rancher, Taw Jackson has just been released from prison after serving three years for a crime he didn’t commit. Frank Pierce, a powerful and corrupt owner of a mining company put him there. It seems Taw was sitting on a goldmine, literally! So Pierce framed him, and used his influence to have Taw sent to jail. While Taw was doing time, Pierce confiscated his land and began mining the gold, piling up his wealth and increasing power over the years.

Now, Taw is a free man and he had three long years to think about his revenge. He finds out when Pierce transports the gold and money, the route they travel, and he plans an attack to regain what is rightfully his. But Pierce is not one to take chances. The gold is safely concealed in a heavily-armored wagon, sporting a turret-mounted gun on top that can be turned is all directions to pick off enemies, and over 30 guards ride along for arduous journey, trained to attack and kill any would-be thieves. And Pierce is shrewd. He knows Taw has been released and suspects he’s bent on revenge. He needs him out of the way, and fast. So he hires Lomax, a slick-talking, mercenary gunman, who also happens to have an eye for the ladies, to get in thick with Taw’s crew and kill him.

Meanwhile, Taw puts together a rag-tag gang, who though rather colorful, are adept at their tasks. When Lomax offers his services, Taw hires him, in spite of the fact that the two have been enemies in the past. Taw lays out a scheme that just might work, and Lomax questions his loyalties. Do the hit on Taw for the fee Pierce offered? Or side with Taw, and take his cut of a half-million dollars in gold?

The dialogue between John Wayne and Kirk Douglas is witty and sharp. The chemistry between the two actors is easy, natural and fun in this entertaining and enjoyable classic.