Yes, at 6 foot 7 inches, James Arness was tall, very tall, and some fans would say, quite a tall drink of water! During WWII, Arness won a Bronze Star and Purple Heart among many other distinctions, and his height was used as a strategic tool by his Army Infantry Division as they headed into one of the bloodiest battles of the war at Anzio Beach. Arness obeyed orders to jump off the landing craft first—to determine the depth of the water!

So how does James Arness stack up among some of his cowboy co-stars? 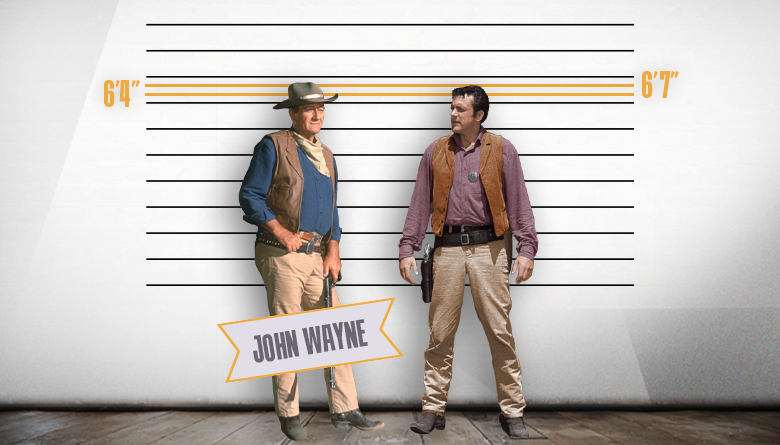 James Arness may have looked up to John Wayne as a friend and mentor, but to look him square in the eye, would require an adjustment in posture. 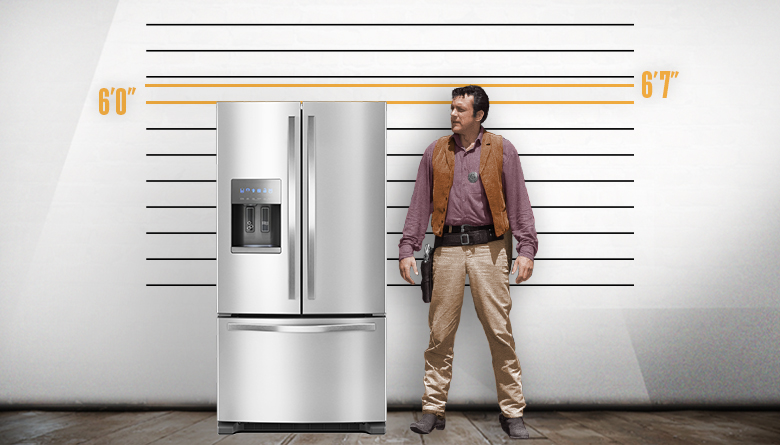 If James Arness were to walk into your kitchen today, you’d best make sure to dust the top of your fridge! 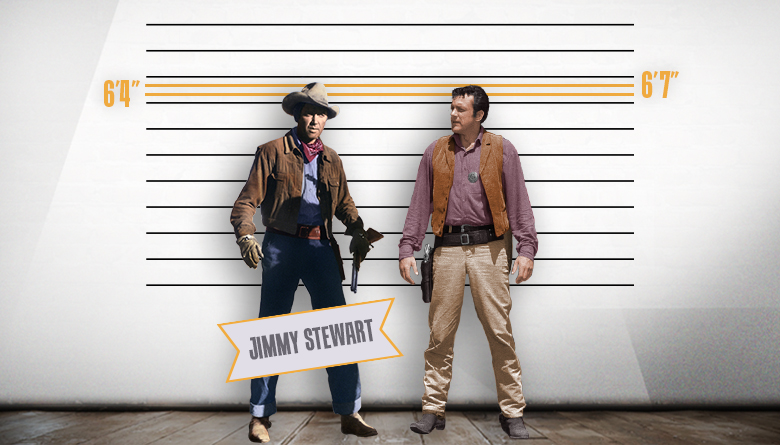 A mere three inches difference in height doesn’t seem like a lot, but if James Arness and Jimmy Stewart were to face off in an Old West saloon brawl, Stewart would have to get on his tiptoes—or talk to Arness’ chin! 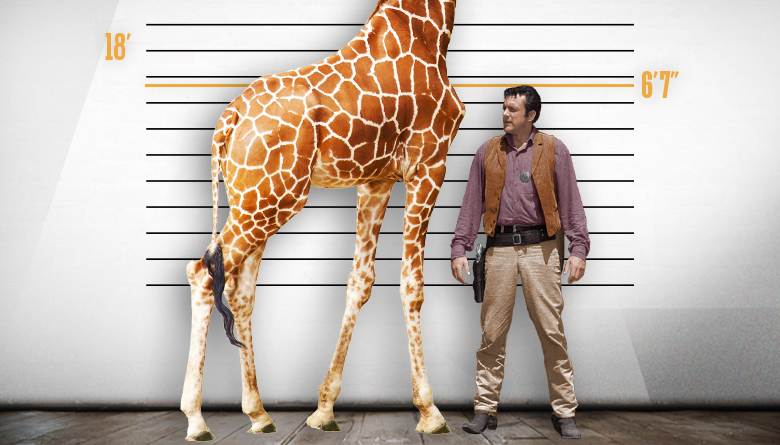 Spots Before His Eyes

Head-to-head, yes, the tallest adult mammal on earth has Arness beat, but being able to stand tall and stare at a giraffe’s shoulder is nothing to sneeze at! Now, a newborn baby giraffe averages around the same height as John Wayne! 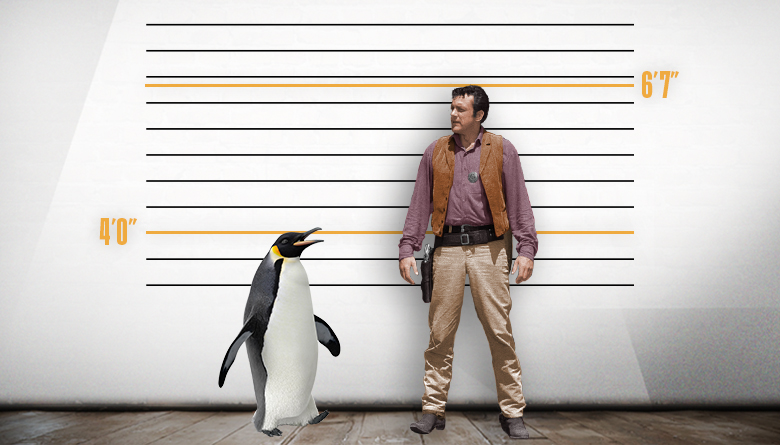 The Marshal Meets the Emperor

They’re cute. They waddle. They’re the subjects of documentaries and adorable animated films. The actual Emperor Penguin stands at about 4ft tall and can weigh up to 100 pounds. James Arness may be taller, but let’s hope he doesn’t have a tuna sandwich in his vest pocket.