From his early life finding jobs in the height of the Depression to his years starring as Cheyenne Bodie during the Golden Era of television and beyond, Clint Walker was blessed with good luck – and many fans.

Norman Eugene “Clint” Walker and his twin sister, Lucy, were born on May 30, 1927 in Hartford, Illinois. Growing up during the Depression, Clint quickly learned the value of hard work. By the time he was 16, he had already done stints as a factory worker, boatman on the Mississippi River, a golf caddy, and carnival worker. When he turned 17, he joined the Merchant Marine during World War II. 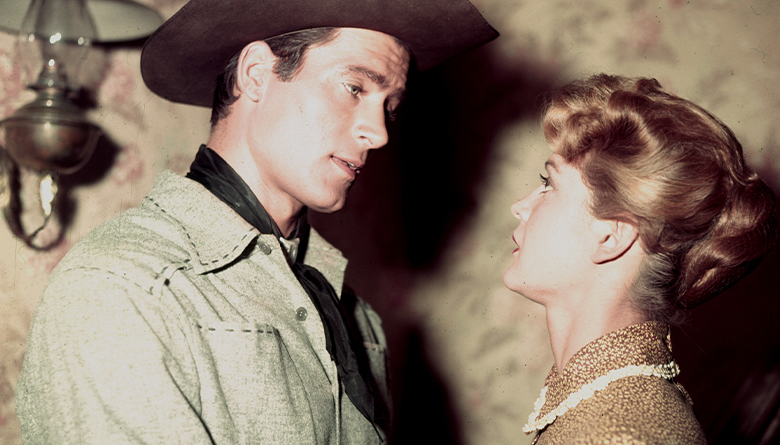 After the War was over, he worked odd jobs in the oil fields in Texas and traveled across the country. His jobs included sheet metal worker, nightclub bouncer, and security officer at the Sands hotel in Las Vegas. Eventually, he made it to California, where he took a job as an undercover agent.

Along the way, he met quite a few people in show business who told him that with his dark hair, chiseled features, blue eyes, 6-foot-6 physique, and muscular body, he would go far in Hollywood. They also said that his toughness and good nature would be noticed and rewarded.

Encouraged to give acting a try, Walker got his first bit role as Tarzan in the Bowery Boys’ Jungle Gents in 1954. His next break came when he scored a small part in Cecil B. DeMille’s epic movie, The Ten Commandments.

Of course, Walker’s career-making big break came in 1955 when Warner Bros. cast him in television’s first hourlong Western: Cheyenne. Walker starred as Cheyenne Bodie, a gentle giant and cowboy with a heart who traveled from town to town dispensing justice and fighting only when absolutely necessary. 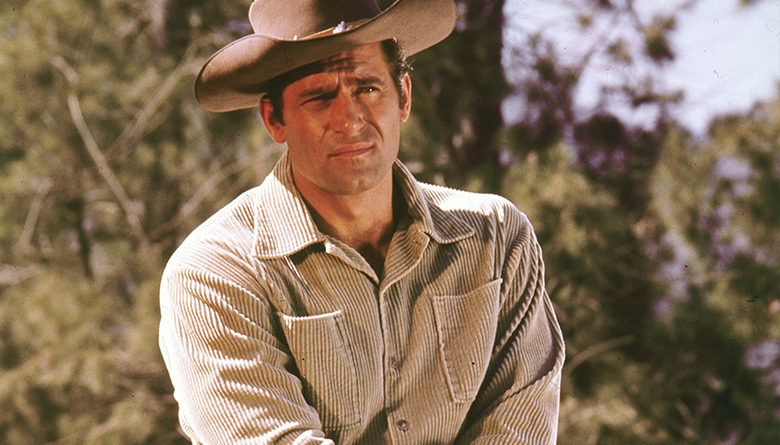 Cheyenne blazed a trail for Westerns on television and soon Clint Walker was a household name. He briefly left the show over a contract dispute but returned after his deal was renegotiated. Cheyenne racked up 103 episodes and ran from 1955-1963.

Clint Walker’s popularity gave him the chance to star in movies too, including Fort Dobbs, Yellowstone Kelly, Gold of the Seven Saints, Send Me No Flowers, The Dirty Dozen, and his personal favorite, The Night of The Grizzly.

In 1971, Walker was almost killed when he fell off a ski lift and was pierced through the heart with one of his ski poles. He was taken to a hospital and pronounced dead then a doctor discovered that Walker was still alive. The medical staff rushed Walker into surgery and fixed his damaged heart. Within two months, lucky Clint Walker was back to work!

Walker made the most of his luck during the 1960s and 1970s with appearances in Yuma, Pancho Villa, Hardcase, The Bounty Man, Centennial, and Scream of the Wolf. He also appeared in the movies More Dead Than Alive, Sam Whiskey, The Great Bank Robbery, and The White Buffalo.

In 1998, he came out of retirement to be a voice actor along with some of his colleagues from The Dirty Dozen (including Ernest Borgnine, Jim Brown, and George Kennedy) on the animated film Small Soldiers.

Clint Walker has a star on the Hollywood Walk of Fame, as well as, on the Texas Trail of Fame at the Fort Worth Stockyards. He also received the Golden Boot Award in 1997 and he was inducted into the Hall of Great Western Performers at the National Cowboy & Western Heritage Museum in 2004. 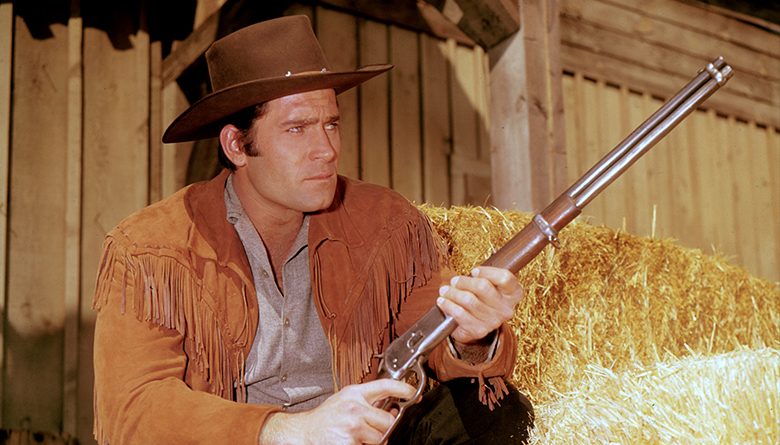 Luckily, fans everywhere can continue to enjoy good natured, handsome, and tough Clint Walker in the TV show Cheyenne and in his movies for years to come.