James Stewart was an American legend: tall, handsome, funny, and friendly. From the moment he was discovered on Broadway and through five decades of incredible film performances, the American public embraced and respected him.

James Maitland Stewart was born on May 20, 1908, in Indiana, Pennsylvania. He was the eldest child of Elizabeth and Alexander Stewart and had two younger sisters, Mary and Virginia. The family was Presbyterian and deeply committed to their faith. Alexander ran the family hardware store that his father left him and that he hoped to leave to Jimmy, one day.

Jimmy was a shy child who spent most of his time working on model airplanes and dreaming of one day becoming a pilot. However, with direction from his father, he gave up those dreams and went to Princeton to become an architect.

When Stewart graduated in 1932, it was the height of the Depression and jobs were scarce. Although he was awarded a scholarship to graduate school, he chose to join University Players, an intercollegiate summer stock company that performed in Cape Cod, instead.

Once he caught the acting bug, Stewart followed some of his friends (including Henry Fonda and his then wife, Margaret Sullavan) to Broadway. From 1932-1933, he was cast in many bit parts on stage, and while he got some great reviews, he was beginning to think he should call it quits and go back to school.

However, when he finally landed the lead role in a play called Yellow Jack, he decided to keep acting. From 1933 to 1935, Stewart was rewarded with parts that received great critical acclaim and others that were huge critical failures. Things finally started to look up when he landed a seven-year contract with Metro-Goldwyn-Mayer (MGM) studios.

But this lucky break wasn’t so lucky after all. MGM didn’t see Stewart as leading man material, so Stewart’s agent decided the best way to get James Stewart the parts he deserved was to loan him out to other studios. His next big break came when his old friend Margaret Sullavan insisted that he had to be her leading man in Universal’s 1936 romantic comedy, Next Time We Love. The film was a box office success—and it gave James Stewart his start as a Hollywood leading man.

Despite all of this, MGM still refused to cast Stewart in leading roles…but Stewart prevailed. His successes in Vivacious Lady with Ginger Rogers, Shopworn Angel with Margaret Sullavan, and Frank Capra’s You Can’t Take It with You with Jean Arthur, cemented his place as a true star.

From 1939 to 1941, James was on a roll. He starred in such popular movies as Mr. Smith Goes to Washington, Destry Rides Again, The Shop Around the Corner, and The Philadelphia Story—for which Stewart won his only Oscar for Best Actor.

In November 1940, James became the first American movie star to enlist in World War II and entered the army as a Private in February 1941. Since he was a licensed and experienced amateur pilot and went to college, he applied for an Air Force commission and became a Second Lieutenant on January 1, 1942.

Jimmy Stewart worked with the Air Force on radio programs and appeared in Winning Your Wings. This documentary was nominated for an Academy Award and helped recruit over 150,000 men. Determined not to be sidelined and to join the fight, Stewart made a special request to his commander and was sent to England as part of the 445th Bombardment Group. He piloted a B-24 Liberator and engaged in major action during the war.

As a result of his bravery, he received the Distinguished Flying Cross, the French Croix de Guerre, and the Air Medal with three Oak Leaf Clusters. By 1945, he became one of the few Americans to be promoted from Private to Colonel in only 4 years. He was promoted to Brigadier General in 1959, and in 1985, Ronald Reagan promoted him to Major General on the Air Force’s retired list and awarded him The Presidential Medal of Freedom.

Stewart’s life in the years after the war was marked by change: in perspective, in career choices, and in the types of characters he would play. He thought about quitting acting and returning to run the family hardware store but ultimately decided against it. 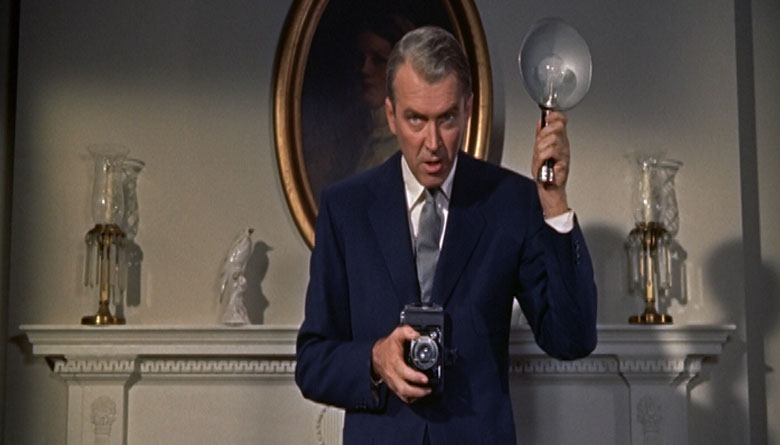 Instead, he returned to Hollywood, where he sought out grittier stories and more complex characters. From It’s a Wonderful Life and The Man from Laramie to Rear Window, Vertigo, The Man Who Shot Liberty Valance, and Shenandoah, James Stewart played characters with fears, frustrations, and failures…but who also had the courage and spirit to fight and persevere.

Dubbed the “Great Bachelor” by the media, James often fell for his leading ladies, including Margaret Sullavan, Marlene Dietrich, Ginger Rogers, Norma Shearer, and Loretta Young. However, when he finally married former model Gloria Hatrick McLean in 1949, it was for life: they stayed married for the next 45 years. James Stewart adopted her two sons from a former marriage and, in 1951, James and Gloria had twin girls. That same year, the family moved to Beverly Hills and lived there for the next four and a half decades.

After Gloria passed away from lung cancer in 1994, James Stewart became more private and reclusive. He took a fall in late June of 1997 and suffered a pulmonary embolism. With his children by his side, James Stewart died of a heart attack on July 2, 1997. He was 89 years old.

James “Jimmy” Stewart has passed on, but his charm and strength live on in his 80 movies made in over 56 years. Whether you’re watching The Philadelphia Story, Shenandoah, Destry Rides Again, Winchester ’73, Firecreek, The FBI Story, Harvey, Mr. Smith Goes to Washington or It’s a Wonderful Life, you’ll see an ordinary man in extraordinary circumstances. James Stewart is, and always will be, America’s ideal everyman.