Born James Aurness in Minneapolis, Minnesota on May 26, 1923, the actor we know and love as Gunsmoke’s U.S. Marshal Matt Dillon, dropped the “u” from his name when he began his acting career. Young Arness was not a stellar student in high school, preferring to cut classes rather than apply himself to his studies, but still he managed to earn a diploma in 1942, and get work as a courier for a jeweler, a logger, and at a train yard, loading and unloading freight railroad cars.

When Uncle Sam Called, He Reported for Duty.

As a rifleman in the U.S. Army, Arness earned the Bronze Star, the Combat Infantryman Badge, the European-African-Middle Eastern Campaign with three Bronze Campaign Stars, Purple Heart, and the World War II Victory Medal. Quite impressive distinction for a man whose intent had been to join the Navy as a fighter pilot, but was rejected because he was too tall.

The Army had no problem with James Arness’ height. In fact, they took full advantage of it, using him as a human depth detector! On January 22, 1944, Arness was deployed to Anzio Beachhead in Italy, and because of his 6’7” stature, he was ordered first off the landing craft—to determine the depth of the water. Ten days after the Anzio landing, Arness found himself in several brutal firefights. Anzio would later be called one of the longest protracted battles of the war. During a moonless night on February 1, 1944, Arness was creeping through a vineyard toward the enemy, when he heard voices and a scream. Soon a devastating battle began and he took on repeated machine gun fire, that splintered his lower leg. A concussion grenade exploded nearby, lifting him off the ground as he desperately tried to lay low, with bullets flying all around and over him. The battle raged on, and eventually, the enemy troops were defeated. But Arness was severely wounded. Back in the United States, he underwent several surgeries to repair damage to his right leg.

On January 29, 1945, Corporal James Arness received an honorable discharge. In spite of all the medical efforts, he endured chronic pain for his entire life, which was acute during his years on Gunsmoke, especially when mounting and dismounting horses.

After receiving his honorable discharge from the US Army, Arness attended Beloit College in Wisconsin, and took a job as a radio announcer, setting him on a new, unexpected course in life, as an entertainer. 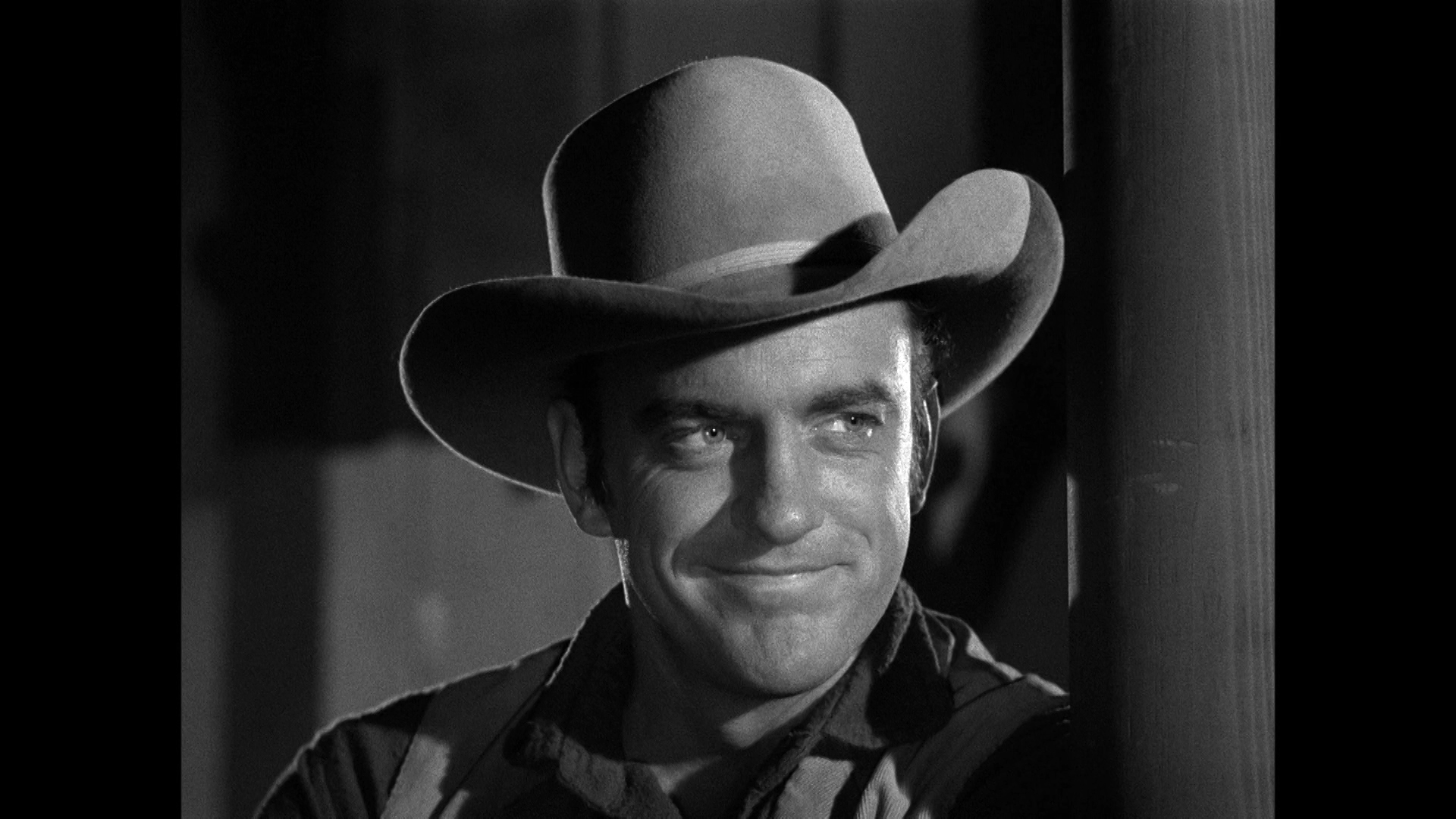 Now set on an acting career, he hitchhiked his way to Hollywood where he was cast in several movies and became good friends with John Wayne. When the role of Matt Dillon became available, Wayne recommended his friend, and Arness went on to become a household name. As U.S. Marshal Matt Dillon, Arness created a character that upheld the law, but still had the heart to be fair and just.

Gunsmoke ran for twenty years. The final episode aired on March 31, 1975. After the TV run ended, Arness got back in the saddle again as the justice seeking U.S. Marshal, starring in several Gunsmoke movies, including, Gunsmoke: Return to Dodge, Gunsmoke: One Man’s Justice, Gunsmoke: To The Last Man, Gunsmoke: The Long Ride, and  Gunsmoke: The Last Apache, which air on INSP.

In the late 70s, an older, more weathered Arness brought to life another Western hero: Mountain man, trapper and scout for the Army, Zeb Macahan in How the West Was Won.