The Civil War is close to the end. Col. Cord McNally entrusts the safety of the Union Army payroll train to his good friend, the young, eager Lt. Ned Forsythe. As the train rumbles on, rebel forces attack, led by Capt. Pierre Cordona and Sgt. Tuscarora Phillips. They hijack the train and a gun battle breaks out. The thieves get away with the gold, and in the melee, Lt. Forsythe is shot dead.

Because the robbery plan was so intricate with details unknown to those outside the Union Army, McNally could only surmise it was an inside job. He has a traitor on his hands, and that despicable man not only committed a high crime against his country, but he is responsible for the death of McNally’s best friend, Lt. Forsythe. 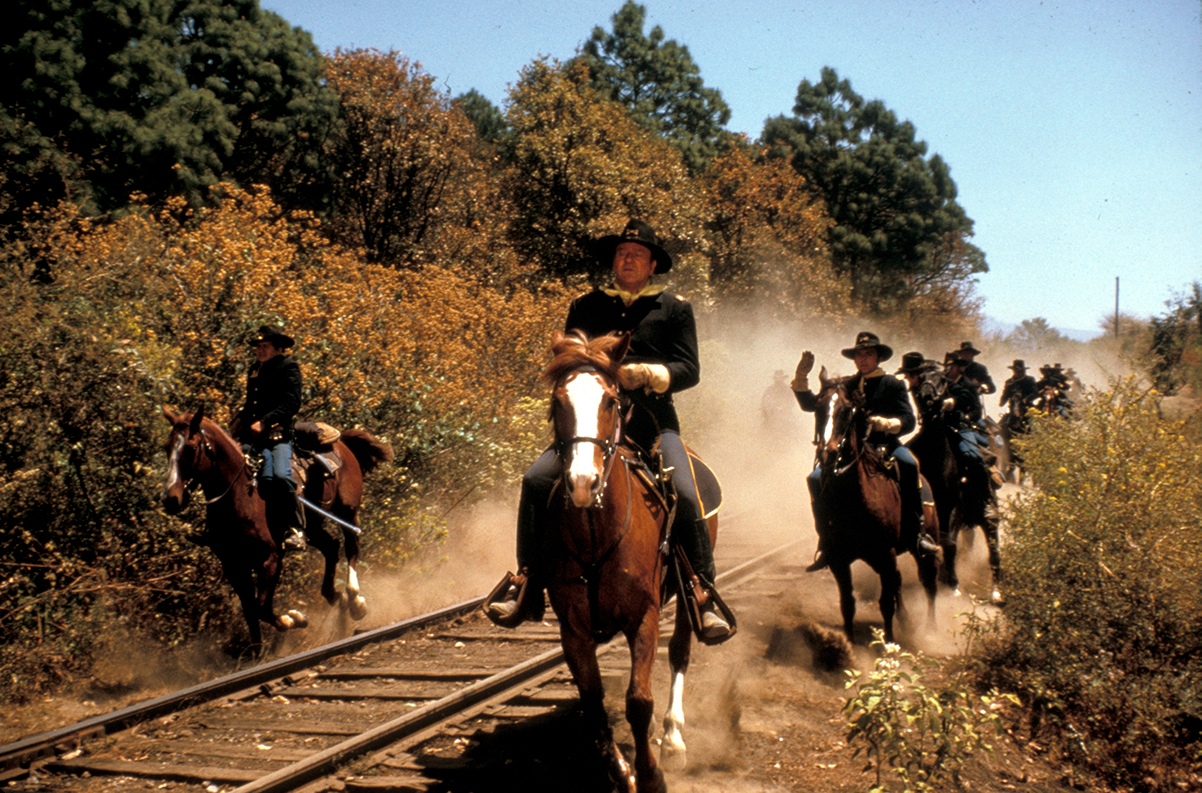 McNally and his troops take off to track down the Confederate thieves, but his resources grow thinner and thinner until, he is on his own searching for the robbers. Alone, with no backup, McNally is captured by Cordona and his men, but McNally has a trick up his sleeves. He manages to trick the Rebels, leading them into a Union Army camp, and when the alarm sounds, most of the Confederates flee, and McNally takes the opportunity to overpower Cordona and Phillips. He questions them about the traitor who sold them the information about the payroll train, but they say nothing, and they are taken to jail.

The war over, McNally is still consumed with catching the traitor, and he knows his only hope is with Cordona and Phillips. He goes to the prison on the day of their release, and again questions them. There he learns he’s hunting not for a traitor, but for several. Though Cordona and Phillips don’t have names, they give McNally physical descriptions.

As the men talk, they develop a deep respect for each other, and McNally bears them no ill will, though they were enemies during the war. He tells them to contact him through a friend, Sheriff Pat Cronin, in Blackthorne, Texas, should they ever see one of the traitors again. Phillips says he’s headed to Rio Lobo, Texas where he grew up, and they all agree to stay in touch.

Soon, Cordona contacts McNally through Cronin, and McNally heads out to Blackthorne. On the way, he meets Shasta Delaney, a young woman who assists in a traveling medicine show. She claims her partner, the showman, was murdered by a deputy from Rio Lobo. Cronin explains that Rio Lobo is out of his jurisdiction, but now a posse from Rio Lobo arrives to take Delaney away, and she identifies the killer, “Whitey” Carter, among them. When one of the posse aims his gun at Cronin, Delaney shoots Whitey, and a fierce gunfight breaks out with McNally and Cordona getting in on the action. Cordona confirms that Whitey is one of the traitors McNally is hunting.

Now McNally knows exactly where to find the others, and when he, Cordona and Delaney enter Rio Lobo to seek justice, they walk into a town ensnared by a web of terror, corruption and murder.

With Delaney, Cordona and Phillips by his side, and a few brave townspeople including several women, McNally prepares for the ultimate shootout to finally get justice for his friend Lt. Forsythe.

Maureen O’Hara: McLintock! Behind the magic between Maureen O’Hara and John Wayne’s on-screen chemistry is the real-life... READ MORE