Amanda Blake lived a colorful life and held her own as a woman, actress, cancer survivor, and animal activist. She is most remembered for her role as the sassy saloon proprietor, Miss Kitty Russell, on Gunsmoke.

Born in Buffalo on February 20, 1929, and named Beverly Louise Neill, she was the only child of Jesse and Louise Neill. Her English and Scottish ancestors included Revolutionary War heroine Kate Barry, who warned local patriots that the British were coming and helped them win the Battle of Cowpens—and ultimately win the pivotal battle at Yorktown.

While Beverly was still in high school, she and her parents moved to Claremont, California. She graduated from Claremont High School and went on to Pomona College. As she continued her studies, she realized that she was more interested in participating in community theater productions than doing her homework. So, she began to pursue acting in earnest.

She took on a full acting schedule, participating in Summer Stock productions in New England, plus theater and radio acting in Buffalo throughout the 1940s. She worked as a telephone operator to support herself while she pursued her dreams.

Eventually, Beverly made her way to Hollywood. When she was “discovered” by MGM, they had great hopes for her and called her “the next Greer Garson,” who was one of Hollywood’s biggest box office draws in the 1940s. She officially changed her name from Beverly Neill to Amanda Blake, wanting something a bit more “snappy.” 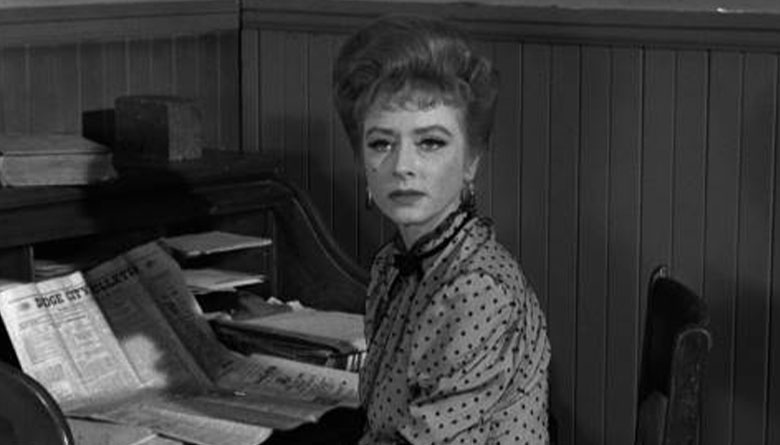 Amanda made her film debut in Stars in My Crown and also appeared in over a dozen movies and television shows in the early 1950s. But her biggest break came in 1955, when she landed the part of Miss Kitty Russell, proprietor of The Long Branch Saloon in Dodge City. She starred opposite a little-known newcomer named James Arness, who landed the part of Marshal Matt Dillon.

The next 19 years were happy ones as the cast and crew created one of the most beloved Western TV shows of all time. Blake once said that working on Gunsmoke was like working with family, and that after her divorce from her first husband in 1956, she’d often visit the set of Gunsmoke even when she wasn’t working because it felt like home to her.

While she didn’t make many films from 1955 to 1974, she did make lots of guest appearances on such TV shows such as Alfred Hitchcock Presents, The Red Skelton Show, The Dean Martin Comedy Roasts, Tattletales, Match Game, and The Love Boat. She married her second husband, Jason Seymour Day, in 1964 and divorced him in 1967. She married her third husband, Frank Gilbert, in 1967 and stayed married to him until 1982.

The Years Take Their Toll 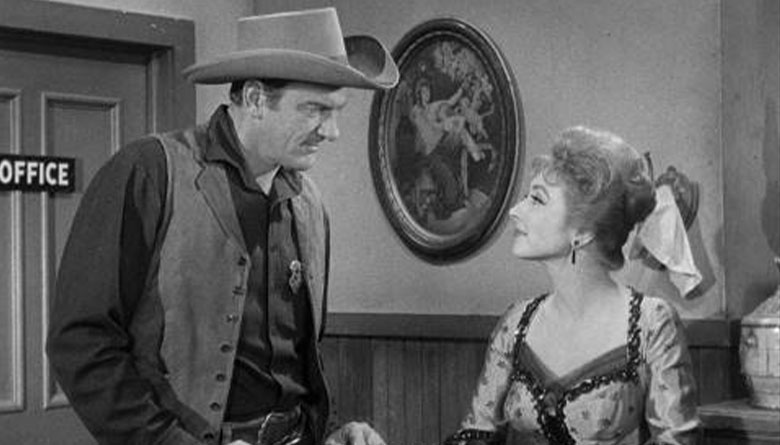 Although Amanda Blake loved her 19 years as Miss Kitty, she felt that the time was right to leave the beloved show. When asked why, she joked that “Nineteen years is a long time for someone to be stuck behind a bar.”

The truth was her commute from Arizona to California was too much. She was tired and had declining health issues that made this choice right for her. As a result, Amanda semi-retired to her ranch in Arizona in 1974. 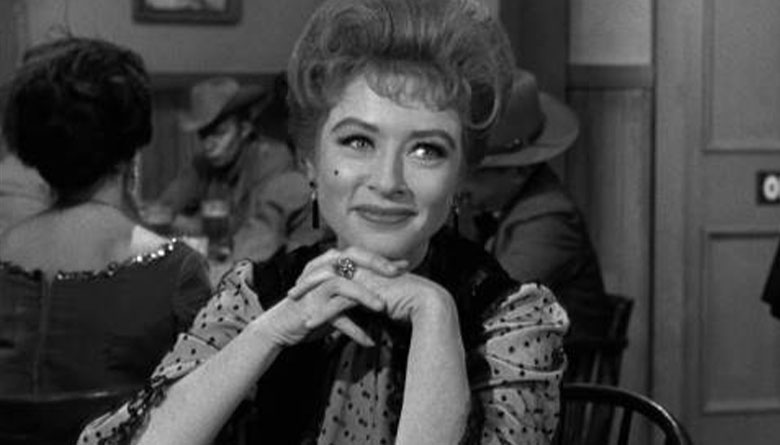 Blake also devoted herself to animal rights causes. She traveled often to Africa to learn more about animal conservation and helped start the AAWL (Arizona Animal Welfare League). As an ardent animal lover, Blake had lots of dogs, cats, and other pets. She even brought her pet lion, Kemo, to the set of Gunsmoke!

In retirement, she and Frank Gilbert created a breeding program for cheetahs—the first successful program ever started in captivity (they raised seven generations of cheetahs!). She was also a board member of The Humane Society of the United States.

Despite declining health, Amanda Blake remained active. She divorced Frank Gilbert in 1982 and married her fourth husband, Mark Spaeth, in 1984. She also appeared in movies and TV shows, including Edge of Night, Brothers, and The New Dragnet. Of course, Amanda came back to play Miss Kitty in the 1985 television reunion movie, Gunsmoke: Return to Dodge opposite James Arness, to the delight of Gunsmoke fans.

Her Legacy Lives On

Amanda Blake was only 60 years old. Despite being taken from this world too soon, her legacy lives on in her charitable works and in the memories of her legion of fans. Her wit, warmth, and kindness shines through every episode of Gunsmoke, which fans can enjoy again and again on INSP.