For over two decades, Fess Parker played sheriffs, soldiers, and spies… and was beloved by parents and children in the 1950s, 1960s, and beyond.

Parker was born on August 16, 1924, in Fort Worth, and grew up on a farm near San Angelo, Texas. During World War II, he enlisted in the U.S. Navy hoping to become a pilot. But at 6’6” tall, he was too tall to fit in the cockpit, and too big to be a radioman gunner (his second choice). He was then transferred to the U.S. Marines, where he worked as a radio operator and was discharged in 1946. 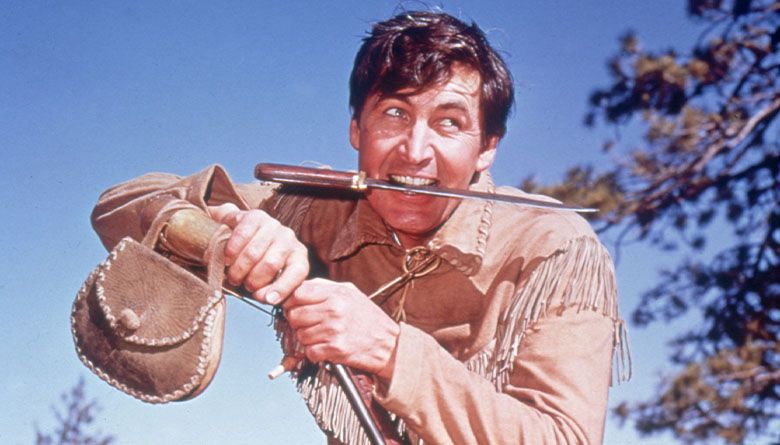 Once he returned to Texas, he used the GI Bill to get his undergraduate degree and master’s degree. After he graduated in 1951, he began his acting career in earnest. After a few bit parts, he landed a paying gig, making $32 a week as an extra in the play, Mister Roberts. He got his first breaks in the movies with small roles in Springfield Rifle, Island in the Sky, The Bounty Hunter, and Battle Cry, as well as parts in television.

But it was his work in a small science fiction movie called Them! – featuring James Arness – that led to Parker’s fame. When Walt Disney was looking to cast Arness as Davy Crockett, he watched Them! – and decided that Fess Parker was his man.

So, in 1955, Fess Parker appeared in Davy Crockett: King of the Wild Frontier, which featured three episodes about the famous explorer, congressman, and heroic figure from the Alamo. It was a huge hit; kids in America couldn’t get enough of the show and many of them sported coonskin caps just like their hero. 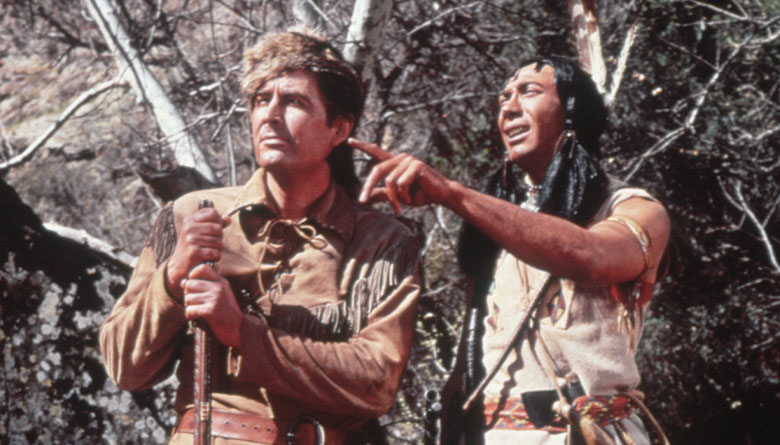 There were comic books, bubble gum, and a #1 hit song called The Ballad of Davy Crockett. Parker sang his own version of the song, and it was also a big hit, climbing the charts and landing at #5.

But just as quickly as the fad started, it died out. By 1956, the Davy Crockett fever had broken. Now typecast, Parker found that he couldn’t land the kinds of parts he wanted. As a contract player for Disney, he basically played the same part in every movie he was in, including Old Yeller, The Great Locomotive Chase, and The Light in the Forest.

Out In the Acting Wilderness

Parker’s frustration grew as Disney refused to lend him to other studios, so he was not able to take a role in The Searchers opposite John Wayne or to star opposite Marilyn Monroe in Bus Stop. When Disney gave him a very small part in the movie Tonka, Parker refused it and Disney suspended him. As a result, Parker left Disney for good.

From the mid 1950s on, Parker sang, composed, and acted on television, including a recurring role as a newspaper editor on Annie Oakley. From the late 50s through the early 60s, he became a contract player with Paramount. He got work in The Jayhawkers! with Jeff Chandler, The Hangman with Robert Taylor, and Hell is For Heroes with Steve McQueen. He starred in the television series Mr. Smith Goes to Washington (based on the 1939 film with Jimmy Stewart), but it was canceled after one season.

The former Davy Crockett star found good parts elusive and was in the Hollywood wilderness until a new role arrived: Daniel Boone. 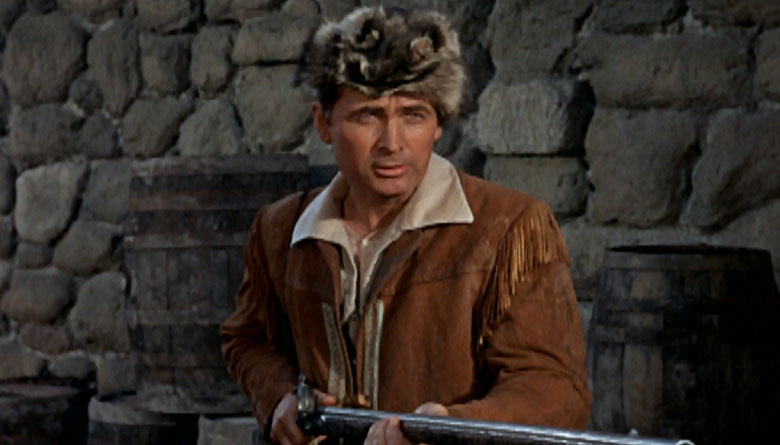 Now, a whole new generation of coonskin-cap wearing children was born. Set during the American Revolution in the heart of Kentucky, it became one of the highest-rated shows of its time, lasting for 6 seasons from 1964-1970.

Fess Parker not only acted, directed, and co-produced some of the most popular episodes – he also owned a stake in the production and shared in the profits. The time demands meant that he was only able to star in one movie during these years: Smoky, the story of a wild stallion that becomes the best friend a cowboy ever had.

After Daniel Boone ended, Parker went on to make his last movie, Climb an Angry Mountain. He was offered the starring role in TV’s McCloud, but he turned it down. Instead, he made a pilot for a Television show called The Fess Parker Show, but the network never aired it. With that, Fess Parker retired from acting at the age of 49.

With his considerable earnings from acting, Parker went into real estate development, established an oceanfront resort in Santa Barbara, and built a 21-room inn located and a winery in Los Olivos, California. This winery produces award-winning wines (as well as coonskin caps!). The Fess Parker Family Winery and Vineyards is family owned and operated by his children and grandchildren to this day.

Fess Parker died of natural causes on March 18, 2010, at the age of 85. He is still loved and remembered by movie and TV fans alike.  As Fess Parker once humbly said, “I came along at [the same time] as Gary Cooper, John Wayne, Sterling Haden, and Gregory Peck. Who needed a guy running around in a coonskin cap?” Generations of children, parents, and fans around the world – that’s who!