The bullets are flying in this smoking Gunsmoke adventure. Cattle rustlers, vicious vigilantes, and feuding farmers give retired Marshal Matt Dillon the fight of his life in this action-packed Western.

For 20 years, James Arness etched himself into America’s collective memory as Marshal Matt Dillon in Gunsmoke.  Lawman, cowboy, and paragon of justice, Marshal Dillon is a legend to his legion of fans. In Gunsmoke, To the Last Man, Arness returns once more in his unforgettable role, seeking truth, justice, and the American way…even if he has to be the last man standing to do it.

Gunsmoke: To The Last Man stars James Arness and Amy Stoch, with outstanding performances by Morgan Woodward, Pat Hingle, and Don Collier. It’s one of the most popular and enduring television movies that returned Marshal Matt to the screen and added even more depth and polish to the already sterling Gunsmoke legend. 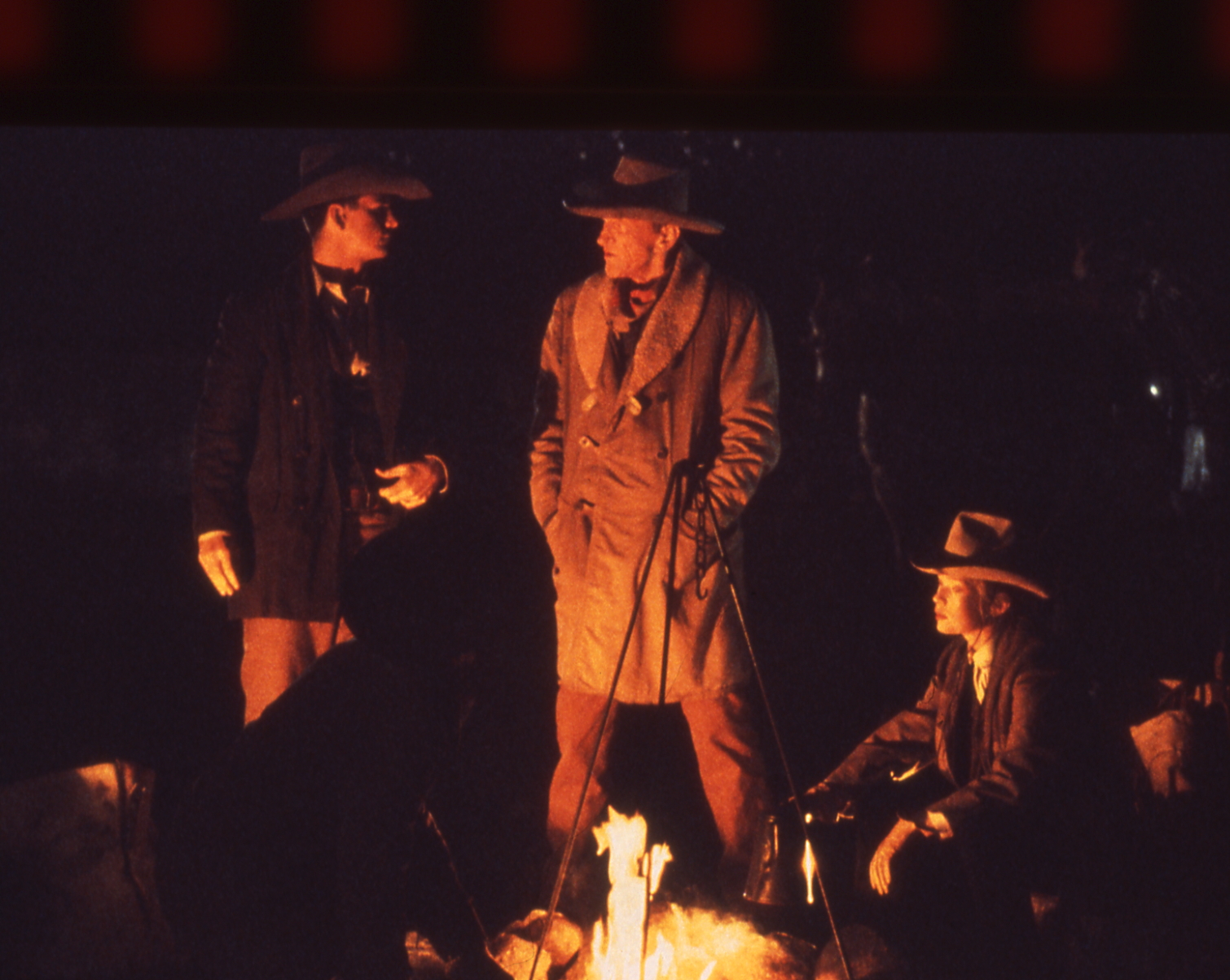 Retired Marshal Matt Dillon doesn’t go looking for trouble, but it always seems to find him. After packing off his daughter Beth to boarding school, Dillon discovers that 300 head of his own cattle have been stolen. As if that isn’t bad enough, he also discovers that Beth is back, and she has no intention of leaving her father’s ranch.

With his daughter by his side, Dillon chases the team of ruthless rustlers all the way back to Pleasant Valley, Arizona. Father and daughter discover a vigilante gang and soon, find themselves drawn into the gory Pleasant Valley War.

This bloody range war is one of the deadliest, most destructive land fights of all time. Lesser men might have been forced to turn back. But Marshal Dillon knows one thing: feuding farmers, vicious vigilantes, and ruthless rustlers are not going to keep him from trying his level best to get his head of cattle back where they belong….

Gunsmoke: To The Last Man is an action-packed Western adventure with everyone’s favorite hero leading the charge!

A Match Made in the Old West

Who’s Your INSP Crush? Dinner by candlelight…or campfire. A moonlight ride on the prairie…or in the desert. This Valentine’s... READ MORE