Duke Gifford is a WWII submarine commander who has risked life, love, and liberty in order to defeat the enemy. With no shortage of guts and good luck, he’s made hard choices and lived to tell the tale. But is his luck about to run out?

Starring John Wayne, Patricia Neal, and Ward Bond! This WWII submarine war movie has action, romance, and heroism – and is being shown in honor of our valiant men and women soldiers (past and present) this Veteran’s Day.

At the height of WWII, the U.S.S. Thunderfish – led by submarine commander John T. “Pop” Perry – is sent on a top-secret mission to save a group of nuns and orphans on a remote island in the Pacific.

With the women and children safely on board, Pop commands the submarine back to Honolulu. But the journey there is fraught with peril, and they soon encounter a Japanese aircraft carrier. Hoping to launch a surprise attack, Pop orders a torpedo strike. Unfortunately, the torpedoes detonate prematurely, alerting the Japanese to their presence. Although pursued by destroyers, the Thunderfish manages to escape. 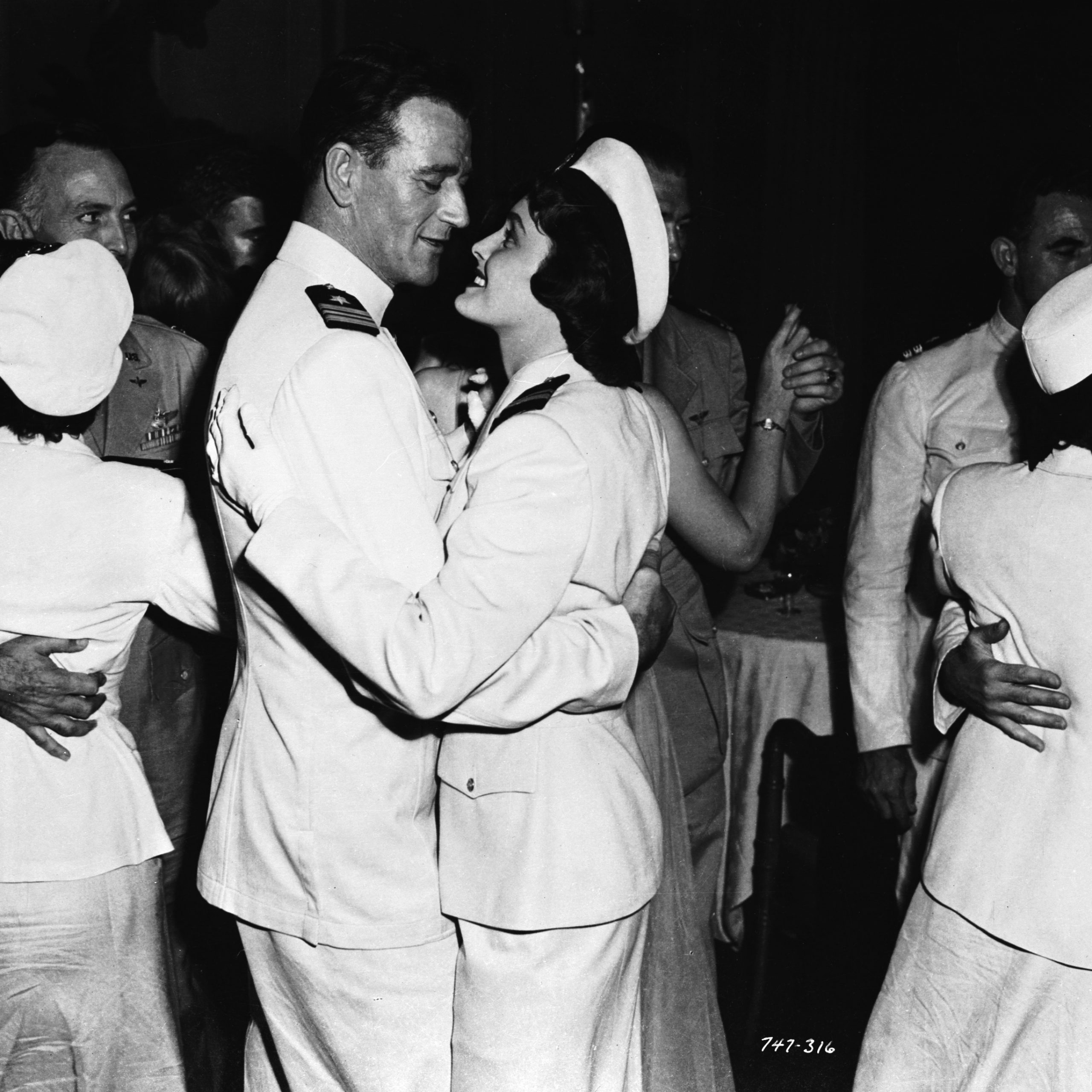 Once back in Pearl Harbor, the ship’s Executive Officer, Duke Gifford, runs into his ex-wife, Mary Stuart. Although divorced, both Duke and Mary still love each other and they kiss passionately. However, Mary is now dating a Navy Pilot named Bob Perry – Pop’s younger brother. Despite this, Duke intends to keep pursuing Mary, but duty calls and he’s forced to leave Mary behind before anything can be resolved between them.

While out at sea, the Thunderfish encounters a Japanese freighter. They fire on it, only to have their torpedoes once again explode only halfway to their target. Despite this, they are surprised to see that the freighter has mounted a white flag, so Pop commands his crew to surface and approach,

It becomes clear that the freighter is actually a Japanese decoy ship when it opens fire on the Thunderfish – while Captain Perry is on deck. Pops is mortally wounded and upon realizing that there’s no time to get below, he sacrifices himself and orders the boat to crash dive to safety.

An angry and upset Duke Gifford is now the commander of the Thunderfish, and despite everything, he has a job to do. He puts his feelings aside and sets out to rally his crew, defeat the enemy, and complete the mission.

There are lots of hard choices ahead for this new commander, but one thing is certain: he’ll always do what it takes to save his crew and fight for the woman he loves. But now he’s beginning to wonder: is his luck about to run out?