What Makes a Hero?
PT 109: An American Tale of Courage and Grit in the South Pacific

A Leader Steps Up

Heroes are often fictional characters, but John F. Kennedy was a real person who embodied courage, presence, quick thinking, and sheer grit, harden through the tests of WWII. One may define a hero in many different ways, but one thing they all share is the determination to do the right thing even when it’s the hard thing—and to never quit.

In 1943, 20 years before the release of the movie “PT 109,” 25-year-old Naval Lieutenant Kennedy was ready to lead. His military training prepared him for six days that would shape him and his legacy forever, but one could argue that it was a lifetime of character-building that made him shine at war. Kennedy had medical issues from infancy, including tremendous back pain. Rather than let this discourage him from going to war, he petitioned his father to leverage political ties to get special permission for him to fight. 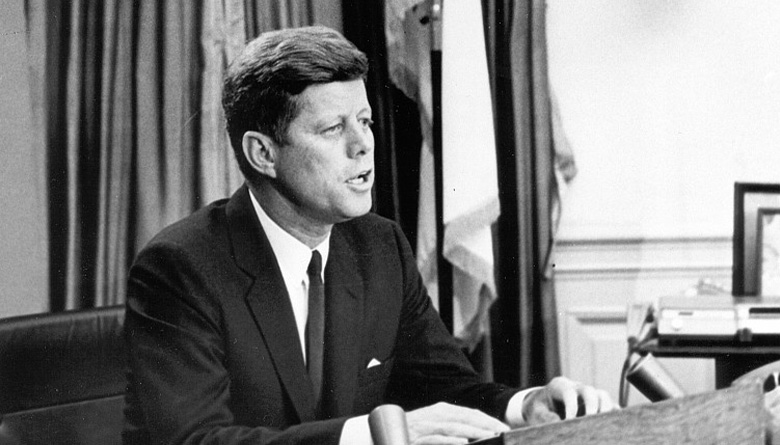 Long before he famously said, “ask not what your country can do for you, but what you can do for your country,” Kennedy’s courage and dedication defined American leadership and strength. He arrived in the Solomon Islands determined to captain a boat himself. He was offered an engineering job but chose instead to dive headfirst into the thick of it—leading a crew into battle on the high seas. In the film, when a colleague suggests he transfer to a cushier domestic port, Kennedy rebukes his lack of spirit, something he defines as “your willingness to fight for what you believe in.”

By a certain point in the conflict, the only unused boat left on the island as the PT 109. PT boats, nicknamed mosquitoes, were smaller, high-speed boats designed to attack larger enemy ships with torpedoes. “Don’t be a damn fool,” said a commander in the film as he tried to discourage Kennedy from taking on this project. His adopted boat had been battered by war and was not in good condition. Still, with little support, he figured out how to get her on the water, and singlehandedly gathered a crew.

It was a moonless night on August 1st, 1943. Nearly 20 years before he rose to fame as the youngest President to ever be elected, Lieutenant Kennedy was commander of the newly re-launched PT 109 as it sailed through the black night to an even darker fate. As he patrolled the Blackett Strait near the Solomon Islands along with 15 other boats, PT 109 got separated and was approached by a large vessel, initially thought to be an allied ship. The Japanese Amagiri sped towards the 109, rammed her, and split the boat in half before it could get out of the way.

In a 1944 interview with the New Yorker not long after he returned from duty, Kennedy said he had thought at that moment, “this is how it feels to be killed.” The accident caused an explosion 100 feet high due to burning fuel, knocking Kennedy over, and ultimately into the water, just as most of the ship’s crew was thrown overboard. Two crew members perished, but the other PT boats saw the explosion and assumed all had been lost given the severity of the flames. 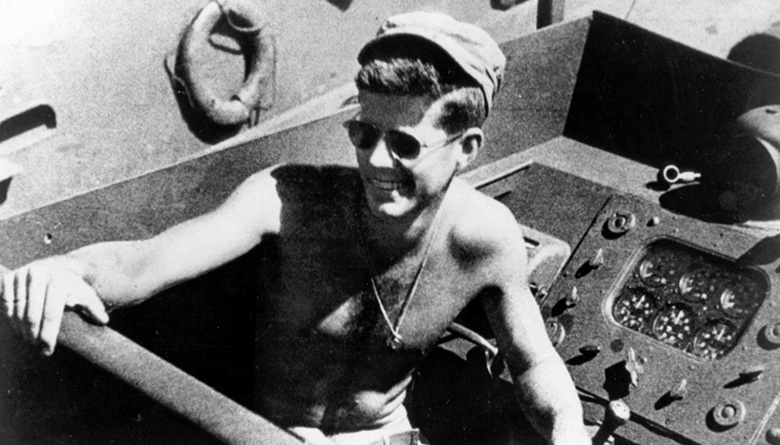 What followed, both in history and as told in the true-to-life film, was a perfect example of the courage and relentless determination to overcome the odds that led the allied forces to win the war. Kennedy, himself injured by the impact of the enemy ship and ensuing blasts, dove into the sea, swimming between burning wreckage to help gather and rescue survivors, many of whom were also injured. He carried Patrick McMahon, who had burns on 70% of his body and had drifted 100 yards away due to the current, to the floating bow of the ship. He ultimately swam for three hours gathering his crew, then instructed his 10 fellow survivors to huddle together and hold on as they floated with the bow for 12 additional hours.

As the bow began to take on water and the crew grew delirious in the morning, Kennedy opted to lead his men to Plum Pudding Island, which was only 100 yards in diameter and had no food or water but was the only visible island that Kennedy determined unlikely to be occupied by the enemy. Kennedy then swam for five hours with McMahon on his back to reach the island. Kennedy instructed his men to lay low while he explored the island to ensure it was safe. Upon coming ashore, they immediately hid in the brush from a Japanese boat surveying the area.

Courage and wit under pressure

Kennedy had swallowed a lot of seawater and was exhausted, but he decided to swim out into the straits to look for patrolling allied PT boats, carrying a gun and a lantern. He had no luck after swimming all night, and eventually returned to the island. Weak and disoriented, he spent the last leg of his return asleep, in a trance-like state, with only his lifejacket keeping him afloat.

When Kennedy finally made it to shore, he was vomiting, and his men were hungry and dehydrated, all too weak to climb the few coconut trees on the island. Losing faith that they’d survive, they had alternated between praying and bickering amongst themselves.

It was not just Kennedy’s determination to persist against great odds that made him a hero, but also his ability to think his way out of complex problems while in truly dire straits. Kennedy pushed his crew not to lose hope and hatched a plan to move. When they wanted to quit, injured, thirsty, hungry, and tired, he led them onwards. He moved the men to another island he’s been surveying. It had food and native islanders who would ultimately help them. 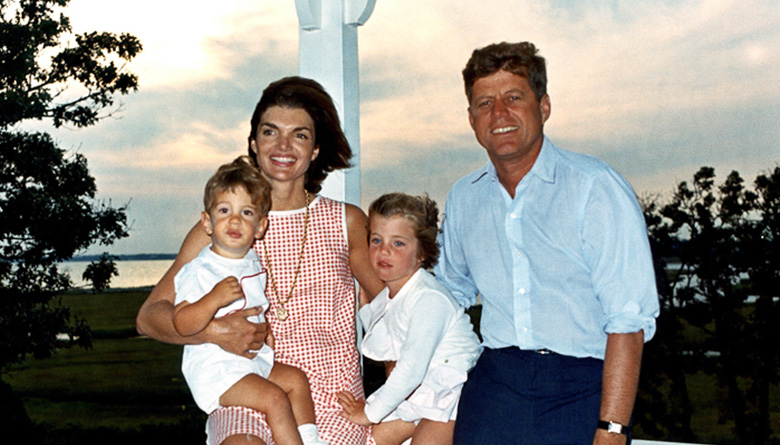 Memorial services were held for the PT 109 crew in the days that followed their accident. Nobody could imagine the unlikely odds they’d overcome to have any, much less the majority of the crew, survive. Ultimately, it was six days without food, water, or medical supplies before the crew was rescued through a complex series of unlikely events, thanks in large part to Kennedy’s quick-witted decisions as documented in the film. It’s unlikely the crew could have survived without Kennedy’s heroism.

Kennedy was awarded a Purple Heart and the Marine Medal for his bravery, and the challenge forged him into a fearless man capable of bravely tackling the many trials that were still to come. Most of Kennedy’s men who were healthy enough opted, almost immediately after their rescue, to forgo their leave and serve with him again. He had shown them what makes a hero.