When I recently ran into the ever-beautiful Dee Wallace, best known as the mother in E.T., I reminded her of a film we had worked on together, briefly. It was in the 1980s, and Pulitzer Prize-winning author Frank D. Gilroy was preparing a Western called The Challenge. It starred Wallace, and David Keith, who had just made a splash in An Officer and a Gentleman. Embassy Pictures had not fully committed but fronted enough money to shoot a few scenes. I was the assistant editor.
“Whatever happened to that one?” she asked me.

“I don’t know; I just cut the scenes together. I never heard another word.”

“Isn’t that the way in this business?” she said with a bemused laugh. “So many more projects get started than get finished. And so many never get released.”

She’s absolutely right, of course. There are so many films started for every one finished. Even some of the best ideas from the most talented people never see the light of a projector bulb.

Although long identified with gangster films and musicals, actor James Cagney loved Westerns. As he noted in Cagney by Cagney, “I am, have been, and always will be, a man for horses.”

His first Western, in 1939, started out as a biopic of Kit Carson. But by the time Warner Brothers finished meddling with the script, The Oklahoma Kid, “…had as much to with actual history as the Katzenjammer Kids.” In 1981, Cagney was announced for a western role worthy of his talent: director Irvin Passer was set to direct The Eagle of Broadway, starring Cagney as lawman-turned New York sports-writer Bat Masterson, co-starring William Hurt as Damon Runyan, the Guys and Dolls author who based Sky Masterson on Bat Masterson. But it never happened.

The late Saul David had run 20th Century Fox, and M.G.M., and was producer of films like Logan’s Run, Fantastic Voyage, and Our Man Flint. He’d published Louis L’Amour’s first novels when he ran Bantam Books; they were close friends. In the early 1980s, with 100 Western novels published, the idea of a Louis L’Amour Western movie-of-the-week seemed like a can’t lose proposition. David proposed the idea to the heads of one of the big three networks, and they loved it. After a lengthy negotiation, terms were reached, and David, L’Amour, and the network brass sat down together to sign.

“Do you have a particular night of the week in mind?” L’Amour asked.

“Any night except Monday,” an exec answered with a laugh.

“That’s football night, and men are going to be your main audience.”

“No,” the exec said confidently, “For westerns, it’s always men.”

“And I watched that multimillion-dollar deal disappear in a puff of smoke,” David recalled. “If they thought they knew more about his audience than Louis, he had no intention of working with them.” 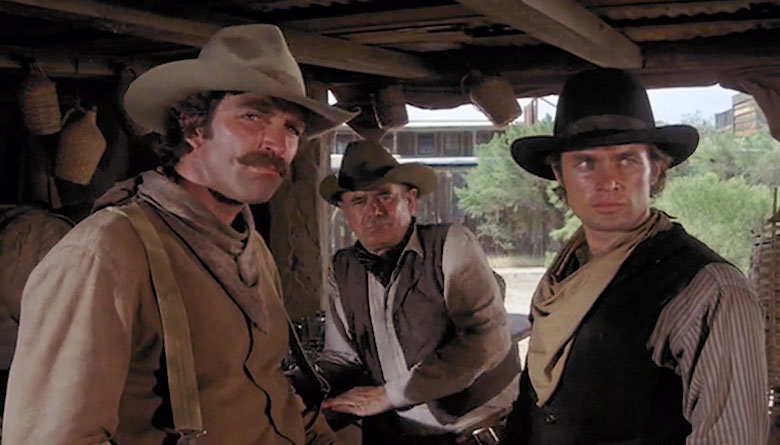 It would be an understatement to say that Louis L’Amour’s writing had a big effect on Tom Selleck’s career. 1979’s The Sacketts made Selleck a Western star, and the follow-up, The Shadow Riders, strengthened that position.

“I used to bump into Ted Turner in the elevator of the Carlyle Hotel [in New York] when I stayed there,” Selleck remembers. “And he said, ‘Let’s do a Western!’”

“Monte Walsh was the highest rated movie for a Friday night. We had another one planned, The Empty Land, by Louis L’Amour. It was very hard to get the rights. [But] I know Kathy L’Amour, [Louis’ widow], who’s remained a friend. Kathy liked Crossfire Trail. Then a new management came in at Turner, and it just went away, which I don’t understand. We had a good track record at Turner. But they just went away from westerns. You know that happens with new management.”

Budd Boetticher had directed many fine Westerns and was best known for the seven he did starring Randolph Scott. Burt Kennedy had written most of them, before becoming a major director himself. When the two collaborated again, on a script called A Horse for Mr. Barnum, how could they fail?

“It’s the story of three cowboys,” remembers Bruce Boxleitner. “And P.T. Barnum hires them to go over to Spain and bring back these Andalusian Stallions. It was originally written for Wayne and Stewart or Fonda.”

It didn’t happen with that cast, but Budd kept trying. Boetticher had written Two Mules for Sister Sara, and had a great ally in Clint Eastwood, “and after Unforgiven, Clint had the clout over at Warners to bring Budd in.” 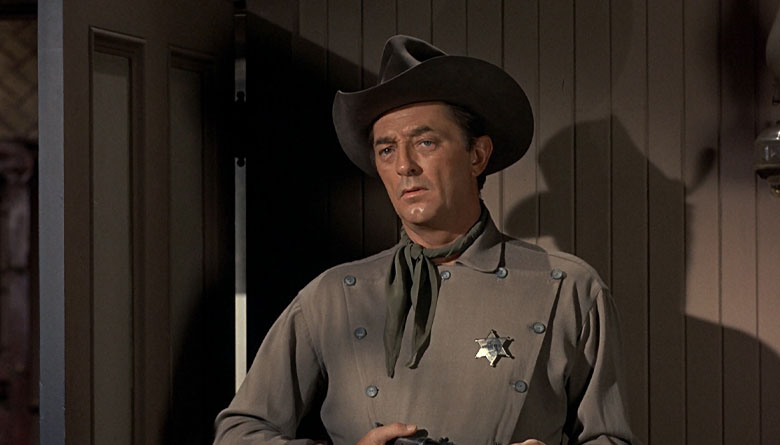 Robert Mitchum was cast as Barnum, James Coburn as the older cowboy, “…and Budd suggested me to be the middle cowboy, and James Marshall to do the younger one.” But then, “…Coburn’s arthritis was starting to happen, and they were looking for another lead. And Warner Brothers is going, ‘What about Arnold Schwarzenegger?’ Budd had a very stubborn streak: it had to be Budd’s way or nobody’s way.”  That was the end of Barnum, Boxleitner says, ruefully.  “But I can say I was cast in Budd Boetticher’s last western. That never got done.”

Clint Eastwood also didn’t manage to make a Western he very much wanted to do. In John Wayne – The Life and Legend, Scott Eyman talks about the Larry Cohen script The Hostiles (not the Tommy Lee Jones movie) that Eastwood optioned, hoping to make it with John Wayne. In the story, Eastwood plays a gambler who wins half of Wayne’s ranch from him, requiring the two men who hate each other to live together. Eastwood sees trouble coming, sells his half back to Wayne, and escapes. But his conscience makes him return to help Wayne fight off the bad guys. Wayne politely passed. Eastwood optioned it again, and tried again, and this time Wayne rejected it, not for the story, but for Eastwood’s unsympathetic portrayal of townspeople in High Plains Drifter. Eastwood let the option go then, and Wayne’s son Michael, who liked the property, gave a copy of the script to Wayne yet again, while he was sailing on his yacht, The Wild Goose. Wayne threw it over the side.

Early in his career, it looked like Bruce Dern might play a very different role in Westerns from his now-famous villains. He’d been a guest on two episodes of Dick Powell Theater, when Powell approached him with the idea of Dern playing a painter.

“The series was about Frederick Remington,” Dern recalls, “and each episode started with a Remington painting. And then you went into its story.”

Sadly, Dick Powell died in 1963, which may be why the project went no further. Coincidentally, filmmakers with a very similar idea did shoot a pilot called Russell, about painter Charlie Russell, where each episode would revolve around one of Russell’s western canvases. Despite it starring Fess Parker, being written by Borden Chase (Red River) and directed by Arthur Hiller (Love Story), it didn’t sell. But you can see it on Prime Video.

Famously, when in 1975, the Wrather Corporation announced their plans for the film that would become the infamous Legend of the Lone Ranger, they also told 60-year-old Clayton Moore that he could no longer make public appearances as the character. Although Moore would eventually triumph in the public arena, this inside story comes, surprisingly, from actor and artist Michael Horse, who played Tonto in the film. Some years later, “…I saw Mr. Moore at one of the rodeos and introduced myself. I said, ‘I’m really sorry, sir, for what they did. You’ll always be the Lone Ranger to me, and long may you ride.’”

Moore told Horse that when the trouble started between him and Rather, “…he approached them with this idea [for the story]. ‘Look, I’m getting ready to retire as the Lone Ranger. I’ll find this kid who’s on the fence between right and wrong. And when I think he’s going in the right direction, I’ll turn my back to the audience, and I’ll hand him the mask.’ And I went, ‘And they didn’t go for that? They’re idiots: it would have been an iconic, chilling moment!’” 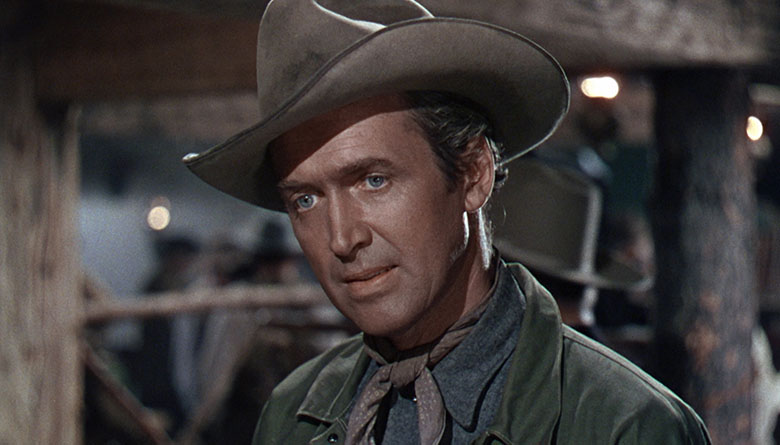 Perhaps the best of all stories about great westerns that didn’t get made is the only one with a happy ending. In 1971, Peter Bogdanovich was making the movie that would establish him as a top director, The Last Picture Show. He had co-scripted it with the novel’s author, Larry McMurtry. They both wanted to do a Western, and started writing one together—after all, Bogdanvich knew all the stars! Their script, Streets of Laredo, was an end-of-the-West story about a group of retired Texas Rangers who get into the cattle business.

It had three leads, and was written for James Stewart, Henry Fonda, and John Wayne. Stewart and Fonda signed on immediately. But Wayne was waffling. Speculation is that it was his health, or that he didn’t want to do an end-of-the-West story. It is known that John Ford advised him not to do it. For whatever reason or reasons, Wayne passed, and that killed it. It went on the shelf, and McMurtry moved on to other projects. But in the mid-1980s, he took it down from the shelf, thinking he might turn the script into a novel. He did. And he changed the title to Lonesome Dove.