A mysterious stranger will stop at nothing to break up an Apache gun-running ring in this intense yarn about retribution sought…and justice served. 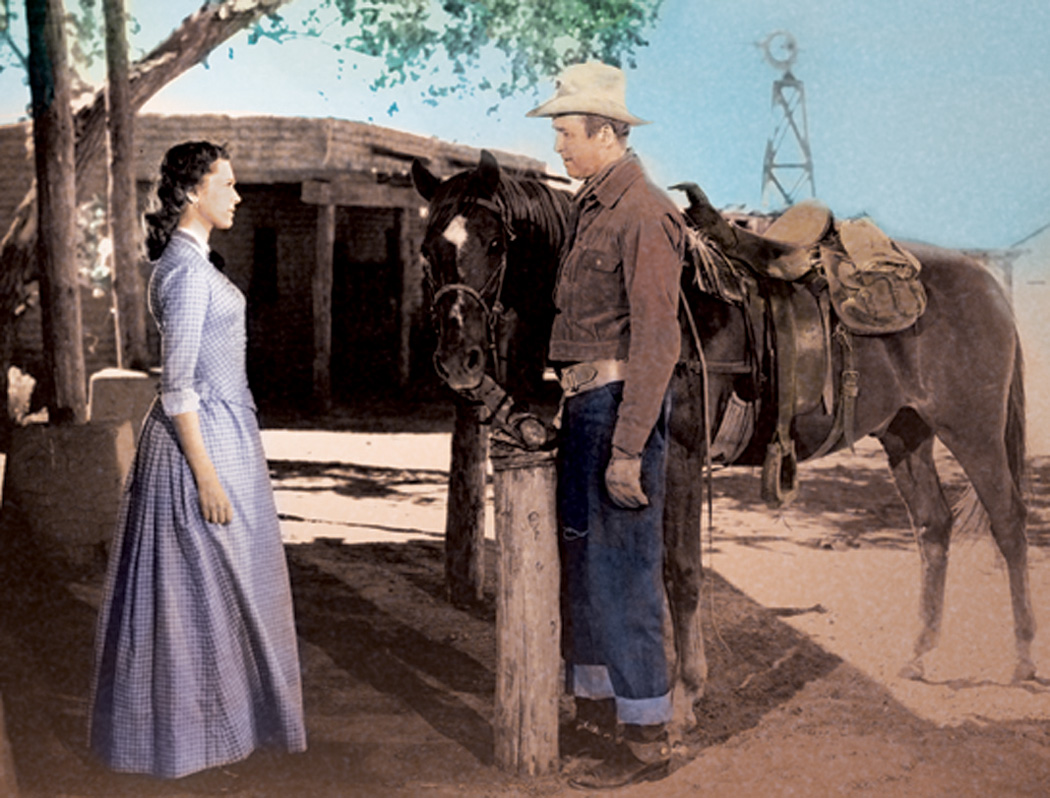 Jimmy Stewart, Arthur Kennedy, and Cathy O’Donnel star in this classic Western from the director of Winchester ’73, Anthony Mann. Filmed in Cinescope to capture the majesty of the scenery and shot in vivid Technicolor, it follows a mysterious stranger who suddenly appears in a remote New Mexico town.

When Will Lockhart turns up in the far-flung reaches of Coronado, folks definitely notice. He says he’s come to Apache country to deliver supplies to storekeeper Barbara Waggoman, but he’s got an awful lot of questions…and some folks don’t like it.

Barbara tells Will that he can collect salt for free and haul it away for freight, but her cousin—Dave Waggoman, the vicious son of local ranchowner Alec—accuses Will of stealing. He shoots six of Will’s mules and burns three of his wagons. A fistfight ensues between Will, Dave, and the foreman of the Waggoner ranch, Vic. Alec steps in to offer restitution, and the sheriff tells Will to get out of town.

Will has no such plans. He’s actually there to find out who has been selling self-repeating rifles to the Apaches, and he won’t stop until he uncovers the truth. His brother, a young Army Lieutenant, was one of many soldiers killed in an Apache attack. So, instead of leaving, Will goes to work for rival rancher Kate Canady. Kate and Alec were engaged many years ago, and now she longs for a truce.

But there are secrets that the Waggoman family is hiding from everyone—including each other. As the confrontations escalate, the ranchers try to rid themselves of that pesky man from Laramie. But no one will stop Will until he exacts retribution for the crime against his own family…and justice is served.