Lin McAdam wins a rare rifle, but the murderer he’s tracking steals it. Now, he hunts the gun, following clues, as it exchanges hands across the miles, hoping it will it lead him to the killer.

Fans of The Waltons! Will Geer plays Wyatt Earp in this gripping Western about a blood feud and the stolen rifle that leads to the ultimate gunfight! And look for Millard Mitchell appearing with James Stewart in The Naked Spur, too!

Lin McAdam and his buddy, Frankie “High-Spade” Wilson have been tailing outlaw “Dutch Henry” Brown. Lin bears a particularly deep grudge against the criminal since he’s sure Dutch Henry killed his father, and Lin wants to see justice served, even if he has to take care of it himself. Now, Lin knows exactly where Dutch Henry will be and when he’ll be there. 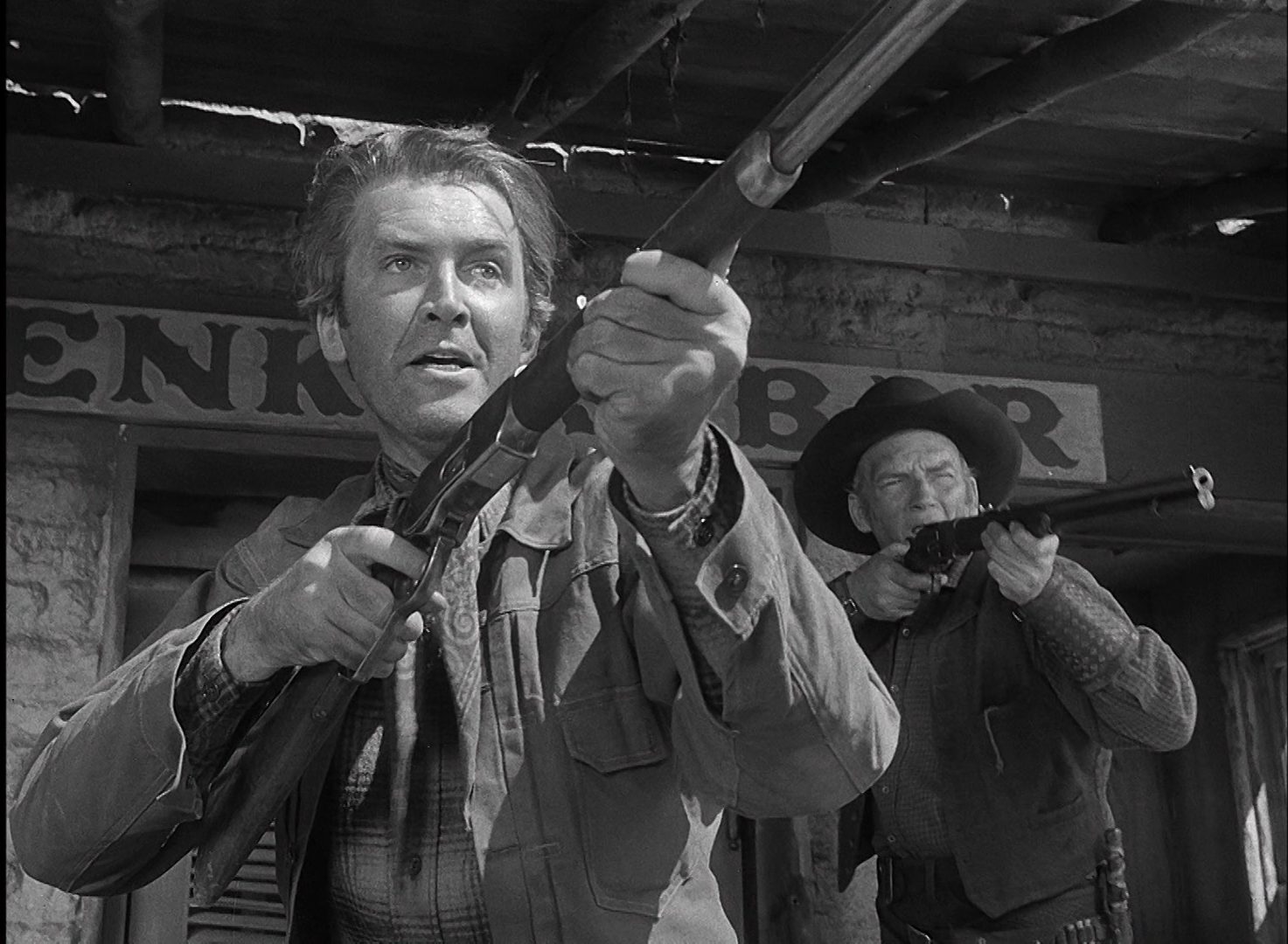 Lin and High Spade arrive in Dodge City for a Fourth of July shooting competition. The prize is a coveted and rare Winchester ’73 rifle. As Lin suspected, Dutch Henry is there for the contest, as well. The two encounter each other in the saloon, but since Marshal Wyatt Earp does not allow firearms in his town, and he’s got his eye on Lin and Dutch Henry, the two rivals have to curtail their urge to brawl. Instead, they duke it out in the competition.

When all competitors are eliminated, the final round comes down to Lin and Dutch Henry. Lin narrowly wins and takes possession of what all consider the perfect rifle, the Winchester ’73. But he won’t have it for long. Dutch Henry’s desire for the gun, and hate for Lin is as ingrained as Lin’s thirst for vengeance. That night, Dutch Henry ambushes Lin, steals the rifle and takes off.

Now the chase is on, because Dutch Henry quickly gets swindled out of the rifle. As the rifle passes from one hand to another, most with nefarious intent—an underhanded arms trader, a hostile Indian chief, a notorious outlaw—Dutch Henry hunts it down, just as Lin and High Spade are hunting him.

Action-packed with a stunning ending, Winchester ’73 is a gripping story of a long-standing feud and the dogged pursuit of justice in the Old West.

When James Stewart agreed to make Winchester ’73, he worked out a deal that seemed insane to other actors at the time. Instead of taking a straight salary, he and his agent negotiated a percentage of the film’s gross profits.

The gamble paid off. Winchester ’73 became a box office hit and one of the most successful Westerns of the day. Originally, Universal Studios had rejected his asking fee of $200,000 to star in Harvey and Winchester ’73, but were all too happy to have him work for “free” in exchange for 50% of the profits. Seems they should have had more faith in their films because Stewart walked away with cool $600,000 for Winchester ’73 alone. That was quite a nice salary in 1950! It wasn’t long before other stars followed Stewart’s lead.