Jimmy’s Legacy is Alive and Well in Indiana, Pennsylvania

You may know him as James Stewart or Jimmy Stewart. You may recognize him as one of the leading men during the Golden Age of Hollywood. But what you probably don’t know is this larger-than-life icon has hometown roots that could not be more opposite.

A PLACE TO CALL HOME

Known as the Christmas tree capital of the world, Indiana, Pennsylvania, is a charming borough with a lot of personality located in the foothills of the Allegheny Mountains. Intact with a picturesque downtown protected under the National Register of Historic Places, Indiana had a rich history long before Jimmy’s earthly debut. 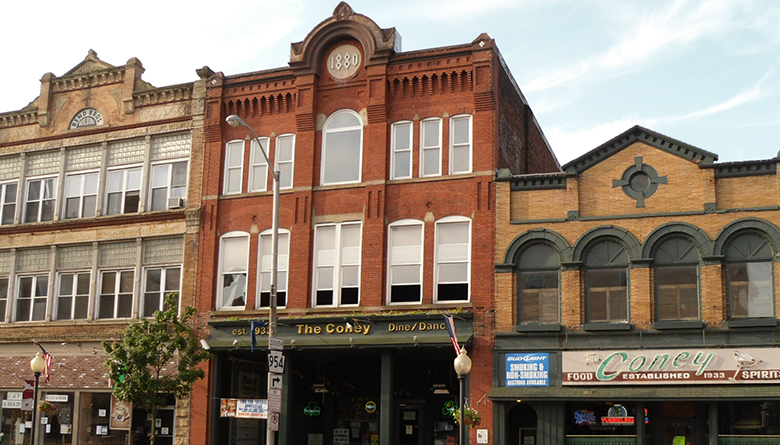 The town’s origins can be traced back to 1727, when it first served as a trading post. Officially founded in 1803, Indiana was a prosperous coal-mining town until the 1950s.

Jimmy attended grade and middle school at a teacher’s college that later became Indiana University of Pennsylvania (IUP). The now, research-based university brings in thousands of fresh faces to enliven the small-town streets year after year. Today, IUP is the driving force of the town’s economy and offers a wide array of undergraduate, graduate, and doctoral programs.

A NAME TO LIVE UP TO

Like many generations of Stewarts before him, Jimmy Stewart spent his entire childhood in the quaint little town. Well-respected in the borough, prestige and deep affinity for the place they called home accompanied the Stewart name. When Jimmy was five, his family moved into a beautiful brick home they had built that overlooked the heart of the city, which was only a short walk to the hardware store that had been in the Stewart family since 1848.

Although Jimmy Stewart never resided in Indiana after he left for Princeton, he was no stranger to the town. His entire life, near and dear to his heart Indiana stayed, and for the community, that admiration was mutual. Once Jimmy’s acting career took off, he became the town’s pride and joy, and still is today. As a nod to Jimmy’s connection to aviation, in 1959, the borough renamed their airport after the beloved star, and today, his personal plane, a 1961 Cessna 310F, is on display, hoisted up to appear as if it’s always in flight. 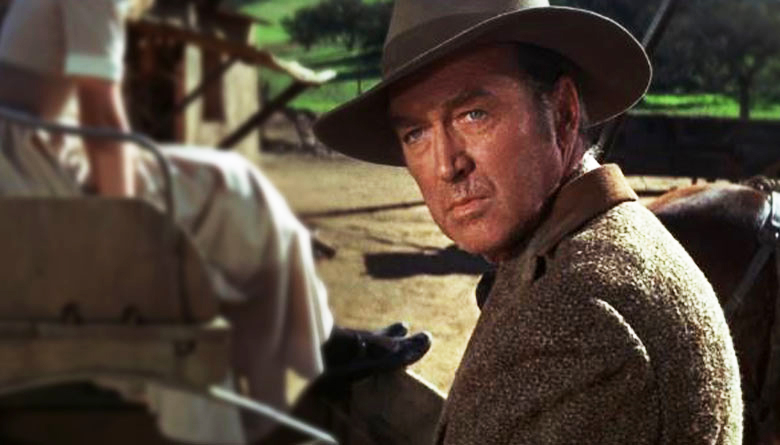 Throughout the years of fame, Jimmy visited Indiana and his family as often as possible. In 1974, he returned to accept IUP’s revered Honorary Degree of Letters in recognition of his contributions and dedication to the tight-knit community from the school responsible for his early education.

But the most memorable trip back to his hometown ended up being his last. Jimmy spent his 75th birthday among the residents of Indiana for an all-out birthday extravaganza. The joyous celebration featured a press conference from the birthday boy, an air show, dinner dance, and an unforgettable parade down Philadelphia Street—where two Air Force jets flew above it, following direct orders from Jimmy’s good friend, Ronald Reagan. The birthday bash also featured a humbling tribute to the star, his very own bronze statue that, to this day, sits outside the courthouse. 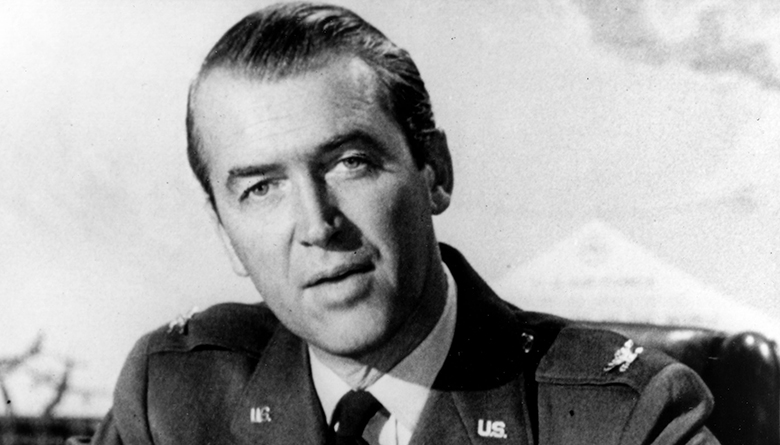 Indiana established The Jimmy Stewart Museum in 1995 to keep the legendary actor’s spirit alive throughout the community that loved him way before the rest of the country did. The museum features curated exhibits showcasing the significant moments throughout his career. Outside of the walls, the museum also highlights the important landmarks associated with Jimmy throughout the community and currently has plans in the works for a Jimmy-centric Walk Around the Town.

But perhaps, the most endearing nod to the hometown hero in the borough is at two different crosswalks along the center of downtown—Philadelphia Street. With a helping hand from famous voice actor and impressionist Rich Little, today, when you cross the 7th and 9th street crosswalks, you can hear Jimmy’s voice guiding his community safely to their destination.