Based on the works of Louis L’Amour! After a family tragedy, brothers, Tyrel and Orrin Sackett, leave their Tennessee home, and head west in search of new lives—and their long-gone brother, Tell, a gold prospector. But the past won’t leave the Sackett boys in peace, as enemies old and new hunt them down.

A gripping family saga of the Old West, based on the bestselling novels of Louis L’Amour!

Three Sackett brothers, Orrin, Tyrel and Tell, are out to make new lives in America’s booming, but often, lawless west. In spite of heartbreak and betrayal, hardship and hostility, the boys are determined to make their mark in this rough territory. But, enemies, old and new, are also determined—to make sure not one of the Sackett brothers lives to see that happen.

In 1869, former lawman, Orrin is ready to settle down with his soon-to-be wife in Tennessee, but on his wedding day, Long Higgins, an old rival shows up, gun in hand, to take revenge. When Long pulls the trigger, Orrin’s fiancée rushes forward, and is shot dead. As Long takes aim at Orrin, Tyrel, the youngest of the boys, pulls his gun, and kills Long. Though Tyrel killed Long to save his brother, his mother advises him to get out of Tennessee, to head west as Tell, the oldest of the Sackett brothers, did ten years earlier. Tyrel takes off, leaving Orrin to grieve. After his fiancée’s funeral, Orrin is bent on vengeance against the remaining Higgins clan. Tough and wise, Ma Sackett orders her despondent son to follow his brothers, and make a good life out west. 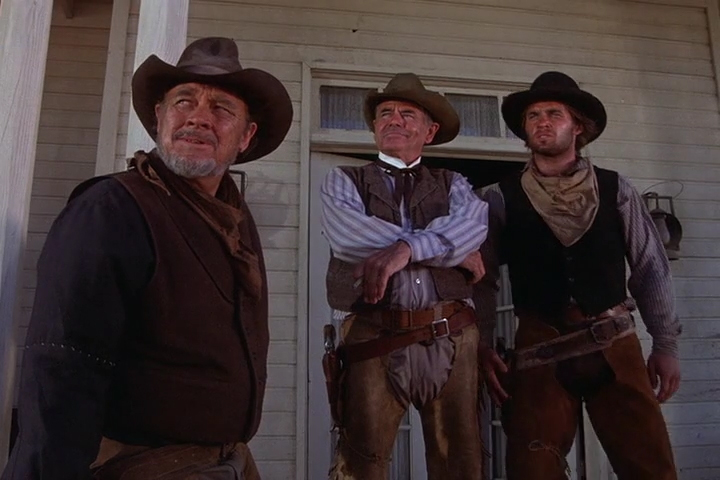 Tyrel hires onto a cattle drive where he befriends grizzled cowhand, Cap Roundtree, and former gunfighter, Tom Sunday, who takes the young greenhorn under his wing. The drive moves out and eventually, Orrin catches up and joins the crew. When the cattle are delivered in Kansas, Cap, Tom, Orrin and Tyrel take off on their own venture to round up wild cattle.

Meanwhile, Tell, looking to make his fortune in gold, has taken a mining job. One night, while gambling at a saloon, he notices his opponent, Wes Bigelow, a well-known gunfighter and card shark, cheating. Tell calls him out and soon bullets fly, and Wes is dead. The leader at the mining camp where Tell works, warns Tell to clear out. Wes has ruthless brothers who will seek to avenge this killing, justified or not. Now, Tell is on the run.

As the Sackett brothers follow their separate paths, they forge alliances, make friends, take tentative steps toward falling in love, fend off enemies, get in the middle of a dispute between Americans and Mexicans, and embark on many other adventures.

Orrin, Tyrel and Tell finally reunite in the small Colorado town of Purgatorie, ready for a fresh start. But the Bigelow brothers have never let Tell out of their sight. And now, the Sackett boys are in for the fight for their lives.