On a dangerous cattle drive, rancher Thomas Dunson subjects his men to his cruel ways. Fed up, his adopted son Matt takes over, and leaves Thomas to fend for himself. Now Thomas vows to catch and kill his son.

After many Indian attacks and losing the love of his life, rancher Thomas Dunson finally makes it to Texas with a bull and a couple of cows to start his ranch. With him are Matt, a teenage boy who was the lone survivor of the Indian attack that took the life Thomas’ fiancée and his ranch hand and sidekick, Nadine Groot. 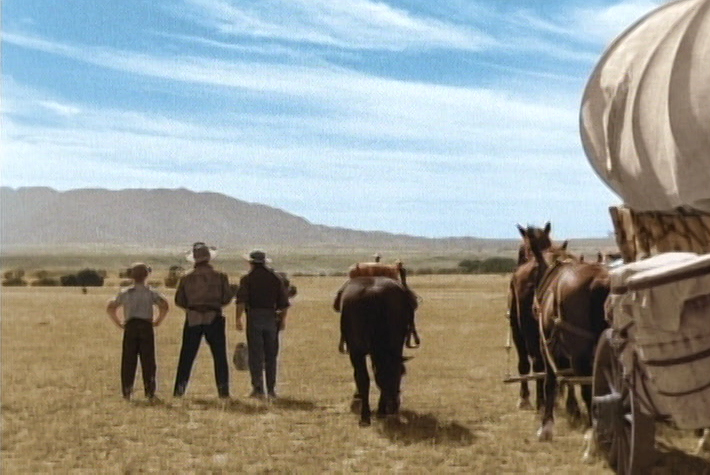 Now, after 14 years of hard work, the gruff and hot-tempered Thomas is ready to drive his 10,000 head of cattle to market, only the nearest market where he’ll get top dollar is 1,000 miles away in Missouri. Markets have gone under in Texas after The Civil War. Ranchers are hurting, going bankrupt, and Thomas, too, is struggling to stay afloat.

The drive will be brutal in rough conditions, not to mention the inherent danger of stampedes and Indian attacks. Thomas tells his ranch hands they have a choice to stay behind, but anyone who commits to the drive, in spite of the perilous nature, must remain with him, no matter what. He puts together a crew, and among the cowhands is Matt, his now grown adopted son; the elderly Nadine; Cherry, a rival rancher’s gunfighter; and other hardened cowhands. If they didn’t know it before, Thomas’ reputation as a task-master takes a cruel twist under the harsh conditions of the drive. He’s a cruel brute and his tyrannical ways test the men’s patience at every turn. When the men talk about redirecting the herd to Abilene, Kansas, an easier route, and where there were rumors of a railroad, Thomas wouldn’t hear of it. They would trudge on to Missouri. The men know Thomas is quick on the trigger to settle with anyone who disagrees with him.

Thomas’s extreme means of punishment, low morale, lack of supplies and food, and the hardship of living out on the trail, drive the men to rebel. Matt joins the mutiny, taking over the drive. He turns the herd toward Abilene, and leaves Thomas out in the open to fend for himself.

Now, Thomas vows revenge. With a new gang of gunmen willing to do his bidding, Thomas takes off after the herd with only one thing on his mind: to catch and kill Matt, his grown adopted son, and the only family he has.