“Many heroic actions and chivalrous adventures are related of me which exist only in the regions of fancy. With me the world has taken great liberties, and yet I have been but a common man.”  —Daniel Boone 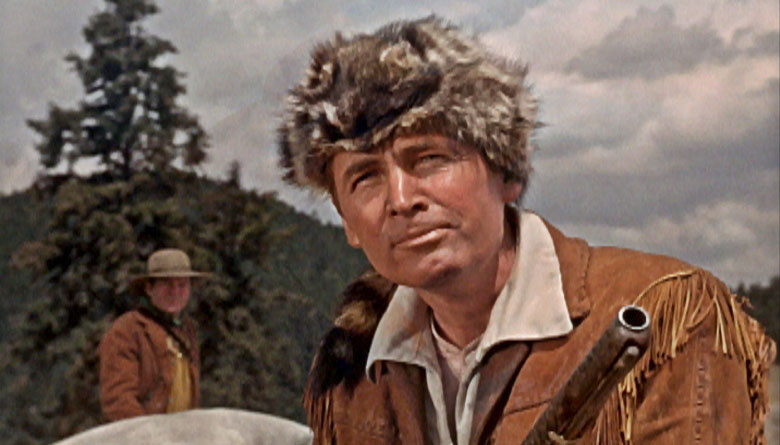 When you say the name “Daniel Boone,” all sorts of images pop up. Among these are: Outdoorsman. Adventurer. Trailblazer. Warrior. Countryman. Revolutionary. Most people picture Daniel Boone as a man in a coonskin cap, sitting around reading the Bible by a raging fire in the deep, dark wilderness.

But there’s a difference between the myth we’ve created and the man who actually existed. While some of those larger than life myths have their basis in truth, Daniel Boone lived an extraordinary life—even if he didn’t wear a coonskin cap!

Daniel Boone was born on November 2, 1734 in Berks County, Pennsylvania. His father was Squire Boone, an English Quaker immigrant, and his mother was Sarah Boone, also a Quaker. Daniel was the sixth of eleven children.

His brother’s wife taught him basic reading and writing skills, and after his schoolteacher expressed dismay over Daniel’s education, his father was quoted as saying, “let the girls do the spelling and Daniel can do the shooting.” At the age of 12, Daniel received his first shotgun, and he became such an excellent shot that he provided the family with most of their food.

In 1750, Squire moved his family from Pennsylvania to the Yadkin River in North Carolina. During those years, Daniel became a professional hunter working in the Appalachian Mountains. Sometimes, Boone would be gone for months at a time.

As a gifted hunter and frontiersman, Boone needed to learn Indian ways, languages, and laws so that he could serve as an intermediary between Europe and Native Americans. These skills helped him tremendously and added to his reputation as a great leader and frontiersman. However, Boone was first and foremost a survivor. When he was fighting in the French and Indian War beside the British, he abandoned the fight rather than die, because he believed that living to see another day was better than dying for a cause that was not his own.

On August 14, 1756, Daniel married Rebecca Bryan, a neighbor in the Yadkin River Valley. The couple originally lived in a small cabin on Squire’s farm and would go on to have 10 children. Daniel supported his family by working as a hunter and trapper, and he was often gone on long hunts that could last weeks or months. In fact, when Boone joined the militia during a Cherokee uprising, his expeditions into Cherokee territory beyond the Blue Ridge Mountains kept them apart for over two years.

Boone continued to move his family several times, hoping to find a place where he could support his family and lay down roots. However, after returning to the Yadkin River Valley, he realized that it had become too heavily populated and that game was scarce. He also was out of money because of failed land deals and was often in court because he could not pay his debts. At this point, Boone headed westward to find a better place in Kentucky.

In 1769, Boone was captured by a band of Shawnees who considered him to be a poacher. They confiscated all of Boone’s skins and told him to leave and never return. However, the hunting and trapping was so good there that Boone continued to do both. He returned to North Carolina in 1771, and in 1773, he packed up his family and headed west. However, a band of Delawares, Shawnees, and Cherokees decided to attack Boone’s party and two members were gruesomely tortured and killed. This led the Boones to end their expedition and return home.

Following an agreement with the Cherokee to sell their land claims, Boone was hired by a rich landowner and sent off to blaze a path into the new frontier. It would become known as The Wilderness Trail, and it stretched through the Cumberland Gap and into central Kentucky. By the end of the 18th Century, more than 200,000 settlers had followed that trail to a new life along the frontier.

Boone continued on to the Kentucky River, where he established a settlement named Boonesborough. Finally, Boone went back for his family and brought them all to the settlement named for him. But trouble and adventure had a way of finding Boone. His daughter, Jemima, and several of her young girlfriends were all kidnapped by a band of Shawnee and Cherokee men and taken into the wilderness.

Boone gathered a posse of men and followed them, striking when they stopped to eat a meal. Boone and his party rescued all of the girls and drove off the kidnappers. This story became one of the many tales about Boone’s life that made his myth grow. In fact, it served as the inspiration for Nathaniel Hawthorne’s beloved story, The Last of the Mohicans. 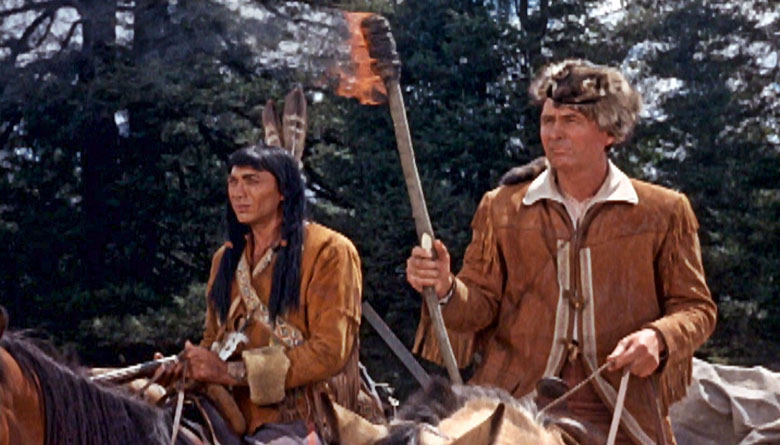 During the years that followed, Boone joined the militia and served in the Revolutionary War; was captured by the Shawnee, adopted by Chief Blackfish and renamed Sheltowee (“Big Turtle”); escaped and warned the settlers of Boonesborough that the Shawnee were about to attack; led the resistance to the attack and won, despite the fact that his group was greatly outnumbered; and was later court-martialed because some believed he was loyal to the Shawnee, but he was cleared of all charges against him and even promoted following his testimony to the court.

By the time he was 50 years old, the life he had forged in the wilderness was romanticized in a book written by John Filson that Boone later called ridiculous. True or not, it made Boone into a celebrity and a legend of the American frontier.

While Boone was considered the person who opened up the frontier to other settlers, he didn’t really benefit from it. He was a failed land speculator and spent much of his time in debt. He lost title to the lands he bought in Kentucky and finally left the United States for a fresh start. He moved his entire family to Missouri—then called Spanish Louisiana—in 1799.

Boone spent the final years of his life working as a syndic (magistrate) in Femme Osage county. He seemed more interested in treating people fairly than sticking strictly to the letter of the law. Following the Louisiana Purchase, Boone lost his Spanish land claims once again, but sued for their return and won. However, he had to sell off his lands to settle claims still held by old Kentucky debtors.

He spent his last years in the company of his wife, children and grandchildren, hunting as much as his health allowed. His wife Rebecca died in 1813 and he passed away on September 26, 1820.

The legend of Daniel Boone, however, lives on to this day. In the 19th century, Boone became a folklore hero through novels that were filled with tall tales. Boone was said to have wrestled bears, swung from vines, and killed huge numbers of Indians. His family tried to point out that all of these adventures were absolutely false; Boone was actually very friendly with the Shawnee and Cherokee people, respected their culture and ways, and even went hunting with the same people who kidnapped him!

The Legend Continues with Fess Parker as Daniel Boone

In the 20th century, Boone’s legend continued to grow. He was the subject of the TV series, Daniel Boone, that ran on NBC from 1964 to 1970. The popular theme song for the series described Boone as a “big man” in a “coonskin cap”, and the “rippin’est, roarin’est, fightin’est man the frontier ever knew!”

Fess Parker starred as Boone, and since he was a tall actor who also played the popular role of Davy Crockett in an earlier TV show, that was how he would be portrayed.

Today, audiences still enjoy the life and legend of Daniel Boone and all of his adventures on INSP. Watch Daniel Boone on INSP.

Daniel Boone despised coonskin caps! He considered them “uncivilized” and instead wore a beaver hat—the same type of hat worn by his father, Squire, and the Quaker men Daniel knew in Pennsylvania. So why is he always depicted in a coonskin cap? That’s because an actor who was helping to sell engravings of Boone’s portrait was hired to play Boone in a minstrel show called “The Hunters of Kentucky.” Since he couldn’t find a beaver hat, he wore a coonskin cap—and another part of the Daniel Boone legend was born.

Want to know about new blogs? Sign up for the INSP Newsletter