John Wayne and James Arness star! During WWII, an Army Air Transport plane crashes in the icy Canadian wilderness – and a rescue mission begins. But will time – and the elements – work against them?

Starring John Wayne and James Arness! Directed by William Wellman and inspired by a real story, this action-packed drama features what many consider to be one of John Wayne’s best performances.

At the height of WWII, Captain Dooley and his crew are on a mission to deliver much-needed supplies to England. But bad weather and impossible conditions force Dooley to crash land his plane in the arctic wilds of Canada.

Dooley is a strong leader and although he is pleased that no one was injured in the crash, he realizes that their situation is dire. With only 70 gallons of gas left to run the generator, only enough food and water for six days, a dying radio, and only a wood fire to stay warm in 70 below zero temperatures, things look very bleak.

But Dooley realizes that this is not the time to panic. To save himself and his crew, he must do everything in his power to raise their morale and keep them focused on the mission at hand: getting out of this alive.

Meanwhile, in Maine, Army Colonel Fuller calls for pilots to join the search and rescue mission. When word gets out that Dooley is the pilot who has gone down, lots of volunteers step forward, including some of Dooley’s friends. Soon, they have gathered an elite group of military airmen for this operation.

However, the same terrible weather conditions and bad visibility that caused Dooley to crash may just be dooming the rescue mission. But no matter what, the search pilots have committed themselves to saving these men before they starve – or freeze — to death.

Meanwhile, as each harrowing day fades to black, Dooley does his best not to lose all hope…but it’s getting harder by the minute. There’s a brutal storm brewing, their radio signal is disappearing, and they know that the rescue mission searching for them will have to suspend operations once the storm hits.

The men battling to survive on the ground and the determined pilots searching for them in the air also know that this is true: time and the elements are against them – and every second counts…. 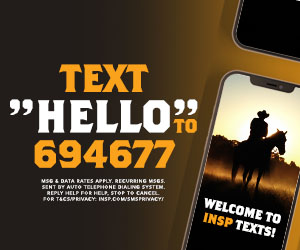