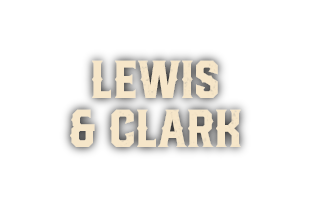 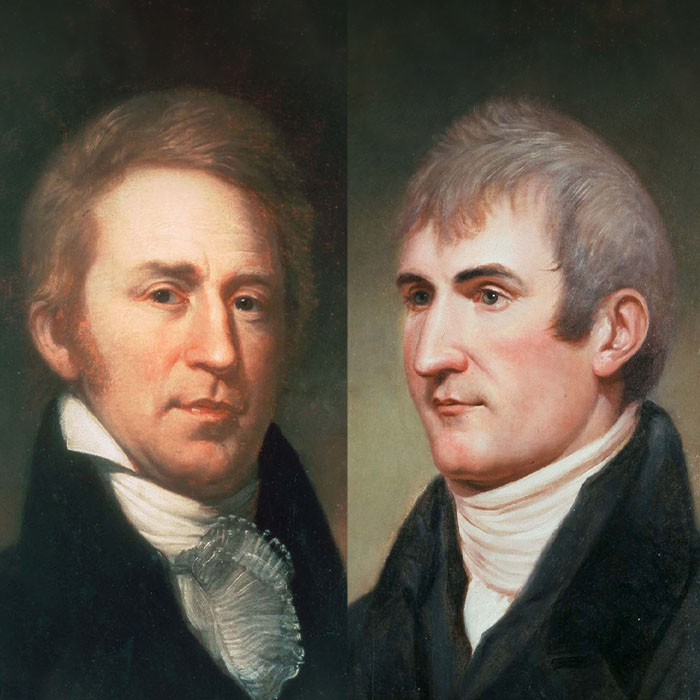 In 1804, an epic two-year adventure in the untouched West made Meriwether Lewis and William Clark living legends and beloved throughout the nation. But before Lewis and Clark stepped foot on the frontier, they were reputable among their peers and had a long list of accomplishments under their belts.

Born to William Lewis and Lucy Meriwether on August 18, 1774, Meriwether Lewis spent his early years on his family’s Virginian plantation. In 1879 tragedy struck the Lewis family when William died of pneumonia while serving in the Continental Army. After Lucy remarried, they moved to Georgia, where Lewis’ love for the outdoors began. But when Meriwether became a young teenager, he decided to return to Virginia to live with his uncle and receive a proper education. After graduating college in 1793, Meriwether joined the Virginia State Militia, where he helped take down the Whiskey Rebellion. Then, in 1794, he joined the army and quickly rose to captain. While serving, Meriwether met his future expedition partner, William Clark, and the two were fast friends.

Fellow Virginian William Clark was born on August 1, 1770, and grew up in a big family. His five older brothers served in the Revolutionary War, and at the age of nineteen, William followed in his brother’s footsteps and joined the military. William’s connection with nature proved to be an asset as a soldier, and he earned the rank of lieutenant. In 1796, after his father’s death, William retired from the army to manage his family’s estate.

At the age of twenty-seven, Meriwether received the opportunity of a lifetime when he became President Thomas Jefferson’s private secretary. Eager to learn more about what lay in the unexplored terrain America obtained in the 1803 Louisiana Purchase, Thomas Jefferson appointed Meriwether commander of the first expedition to explore West of the Mississippi River. When assembling his team, Meriwether called upon friend and fellow nature enthusiast William Clark to lead the expedition.

Meriwether kept journals of their experiences, findings, and interactions with the indigenous people throughout their dangerous expedition while William studied and mapped out the terrain. After their return, their gatherings helped the country learn about the newly claimed land. As a reward for their efforts, Meriwether and William received compensation for their monumental efforts in the form of money and land. Jefferson appointed Meriwether as the governor of the Louisiana Territory, which he served until his mysterious death in 1809. William served as an agent for Indigenous Peoples Affairs in the West. He became governor of the Missouri Territory until it became a state in 1820, and he lost the election. He continued his work with the Native American community until he died of natural causes in 1838.