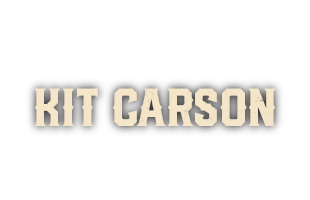 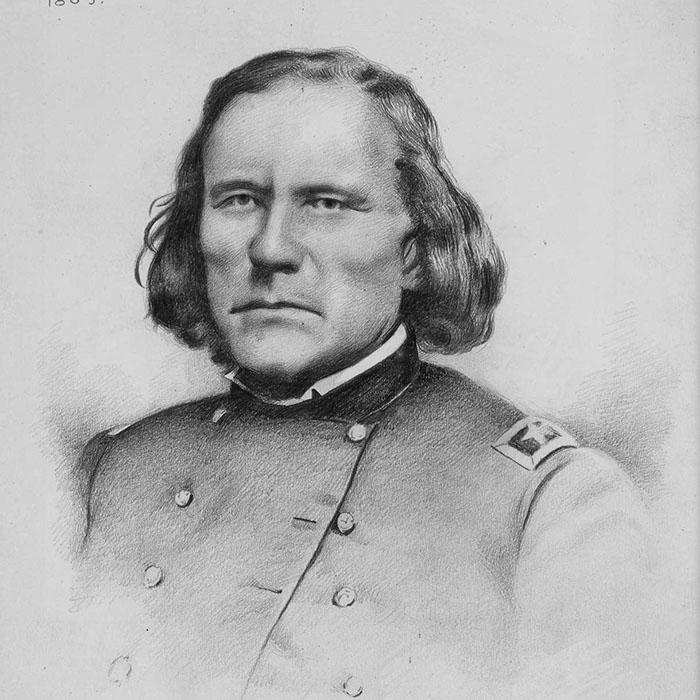 Christopher “Kit” Carson was born on December 24, 1809, the sixth of ten children. When Kit (nicknamed for his small size) was a year old, the family moved to Boone’s Lick, Missouri, on land owned by the sons of another trailblazer: Daniel Boone. The Carson and Boone families became close, even intermarrying, and Kit was best playmates with Adaline, the daughter of his oldest brother, and Daniel Boone’s grandniece, Millie Boone.

When he was nine, Kit’s father died in a farm accident. After four hard years, his mother remarried. Kit, now a young teen, did not get along with his stepfather. At age 14, he was contracted as an apprentice saddlemaker. After two years, he broke his commitment, and joined a caravan of fur traders trekking the Santa Fe Trail. He learned trapping skills, and though illiterate, became fluent in Spanish, as well as several Native American languages, including sign.

In the 1840s, explorer John C. Frémont hired Kit as a guide. For the next three years, Frémont mapped the Oregon Trail and much of California, writing reports with detailed commentary. Frémont’s accounts brought fame to his guide, and Kit’s reputation grew, inspiring dime novel writers to tell tall tales of his exploits throughout his life.

Kit fought in the Mexican American War, for the Union Army in the Civil War, the Navajo Wars, and the Plains Indian Wars. While Kit Carson’s contributions to westward expansion are well-acknowledged in American history, his legacy is not without controversy. He was no friend to Native Americans, especially early in his career. Later in life, he was said to have had a change of heart. He served seven years as a Federal Indian Agent helping to resolve conflicts through negotiation, including escorting Ute Chiefs to Washington D.C. in 1868 to appeal for assistance for their tribe.