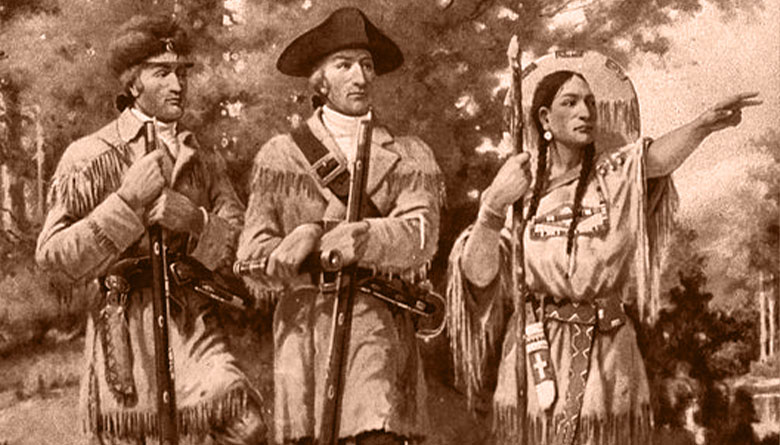 At age 12, Sacagawea was on a buffalo hunt with her Shoshone tribe members, when enemy Hidatsa warriors kidnapped her. She lived among the Hidatsa for a few years until they sold her to French-Canadian fur trader, Toussaint Charbonneau, as the second of his two wives. Charbonneau was more than 20 years her senior. Meanwhile, Lewis and Clark departed on their famed expedition in search of the Northwest Passage. When they arrived in Hidatsa territory, they met Sacagawea, now six months pregnant, and immediately recognized her and Charbonneau as invaluable resources on the next leg of their journey. The couple spoke several languages and knew the terrain. Plus, having a woman along could help diffuse any possible hostile encounters. But Sacagawea proved she was more than a peacemaker. With her infant strapped into a cradleboard, she negotiated the sale of horses, saved crucial papers, scientific instruments, and medicine when her boat nearly capsized in a squall, all while keeping her son safe. In 1812, after giving birth to a daughter, the Shoshone woman who was essential on the trek to the Pacific Ocean, succumbed to typhoid fever. Sacagawea was 25.