Often when stars climb out of poverty to achieve wealth and stardom, it’s said they rose from rags to riches. In the case of Kirk Douglas, the usually metaphorical phrase is a literal life story.

In his 1988 bestselling autobiography The Ragman’s Son, Douglas writes, “My father, who had been a horse trader in Russia, got himself a horse and a small wagon, and became a ragman, buying old rags, pieces of metal, and junk for pennies, nickels, and dimes…. Even on Eagle Street, in the poorest section of town, where all the families were struggling, the ragman was on the lowest rung on the ladder. And I was the ragman’s son.” 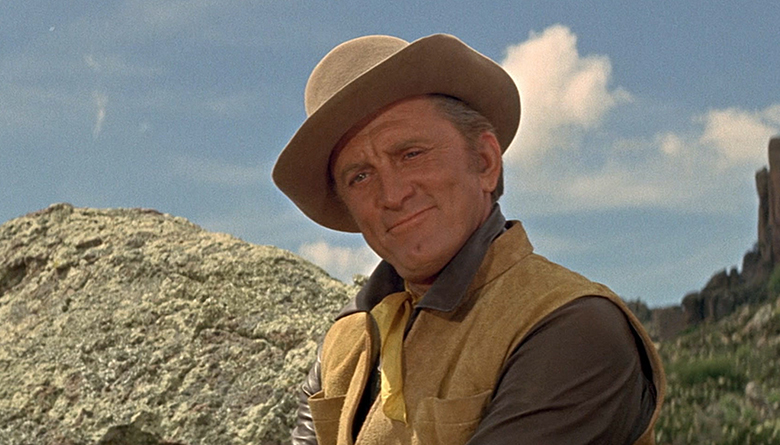 Born Issur Danielovitch in Amsterdam, NY, he was the sole son of Russian Jewish immigrants. Later, the family changed their last name to Demsky. As a young boy, Izzy, as he was called, sold snacks to mill workers and delivered newspapers to help buy food for his parents and six sisters. In high school he caught the acting bug when he started appearing in school plays. He decided then that he wanted to be a professional actor. Knowing his family would never be able to afford college tuition, he simply showed up at St. Lawrence University and talked the dean into accepting him. With the aid of scholarships and loans, he earned his bachelor’s degree in 1939. To pay back his loans, he worked as a gardener, a janitor and even used his wrestling team skills to make money wrestling at a carnival.

After college, he was admitted to the American Academy of Dramatic Arts, where he met and later married actress, Diana Dill. Douglas worked summer stock theater, and in 1941, he graduated to Broadway in the small role of a singing Western Union messenger. But the world was at war, and America couldn’t sit on the sidelines. Douglas joined the Navy and attained the rank of lieutenant before he was medically discharged in 1944.

Up to this point, all of his work was on stage. When classmate, Lauren Bacall suggested he give film a shot, he auditioned for, and signed with producer Hal Wallis, earning $500 a week. He made his film debut playing opposite Barbara Stanwyck, (star of The Big Valley) in The Strange Love of Martha Ivers. 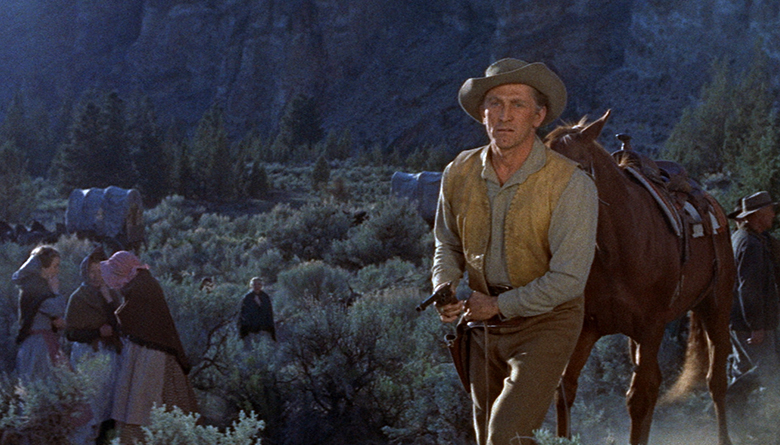 Over the years, Douglas often played menacing, manipulative, dark characters. He enjoyed playing the bad guys, but once said, “I think it really bothered my mother, because she would tell people, ‘You know, my son’s not like that, he’s really a nice boy!’”

In real life, he developed a reputation for being brash, aggressive and difficult to work with. In 1987, the American Academy of Dramatic Arts paid tribute to Douglas’ career. At the event, co-star Burt Lancaster stated, “Kirk would be the first person to tell you he’s a very difficult man. And I would be the second.”

Indeed, he was demanding, but his expectations of others were the same as those he had for himself—and that bar was high. As abrasive as his personality was considered to be, Douglas was also a great philanthropist, who visited more than 40 countries as a U.S. Information Agency goodwill ambassador, spreading the message of freedom and democracy. In 1981, President Jimmy Carter awarded him the Presidential Medal of Freedom.

In January 1996, Douglas suffered a severe stroke that gravely affected his speech. The prognosis for recovering his ability to speak was bleak, but for Douglas few obstacles were insurmountable. He worked with a therapist diligently and two months later in March, he regained enough ability to speak to be able to accept his honorary Academy Award for lifetime achievement. 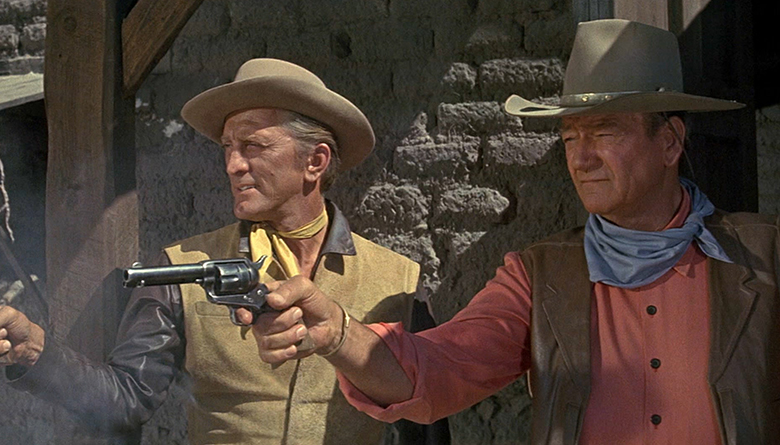 Douglas starred in four films with John Wayne, including The War Wagon and The Way West, which air on INSP. Other Kirk Douglas films you may see on the INSP schedule are: Man Without a Star, Last Train from Gun Hill, Gunfight at OK Corral, The Man from Snowy River and The Big Trees.

Douglas married Diana Dill in 1943 and divorced in 1951. In 1954, he married producer Anne Buydens. They remained together until his death. Douglas had four sons, actor Michael Douglas, producers Joel and Peter Douglas, and actor-comedian Eric Douglas who died in 2004.

Legendary actor of stage and screen, author, producer, philanthropist and activist, Douglas was even an avid blogger! On February 5, 2020, Kirk Douglas died at the age of 103. He was one of the last of Hollywood’s Golden Age actors.

“I think half the success in life comes from first trying to find out what you really want to do. And then going ahead and doing it.” – Kirk Douglas

It is with tremendous sadness that my brothers and I announce that Kirk Douglas left us today at the age of 103. To the world he was a legend, an actor from the golden age of movies who lived well into his golden years, a humanitarian whose commitment to justice and the causes he believed in set a standard for all of us to aspire to. But to me and my brothers Joel and Peter he was simply Dad, to Catherine, a wonderful father-in-law, to his grandchildren and great grandchild their loving grandfather, and to his wife Anne, a wonderful husband. Kirk's life was well lived, and he leaves a legacy in film that will endure for generations to come, and a history as a renowned philanthropist who worked to aid the public and bring peace to the planet. Let me end with the words I told him on his last birthday and which will always remain true. Dad- I love you so much and I am so proud to be your son. #KirkDouglas