Former U.S. Senator William Tadlock leads a wagon train west on the Oregon Trail. Nothing will deter him from his grand plan, neither rebellious settlers, nor vengeful Indians. Over the course of the drive west, all will be tested to the extreme.

Love. Tragedy. Rebellion. Deceit. The Way West chronicles the life and death struggles of settlers, who seek their dreams on the untamed frontier. They leave Independence, Missouri in a wagon train traveling along the Oregon Trail filled with hope of a new life, inspired by one obsessive man. Along the way they will all be tested to the extreme.

In 1843, his wife having passed away, former U.S. Senator William Tadlock has the grand vision of founding a town in Oregon. Joining his quest are his young son, William, Jr.; trail scout, Dick Summers; farmer, Lije Evans, wife Rebecca and their 16-year-old son, Brownie; newlyweds Johnnie and Amanda Mack; Sam Fairman and his expectant wife; and the disreputable McBee family. 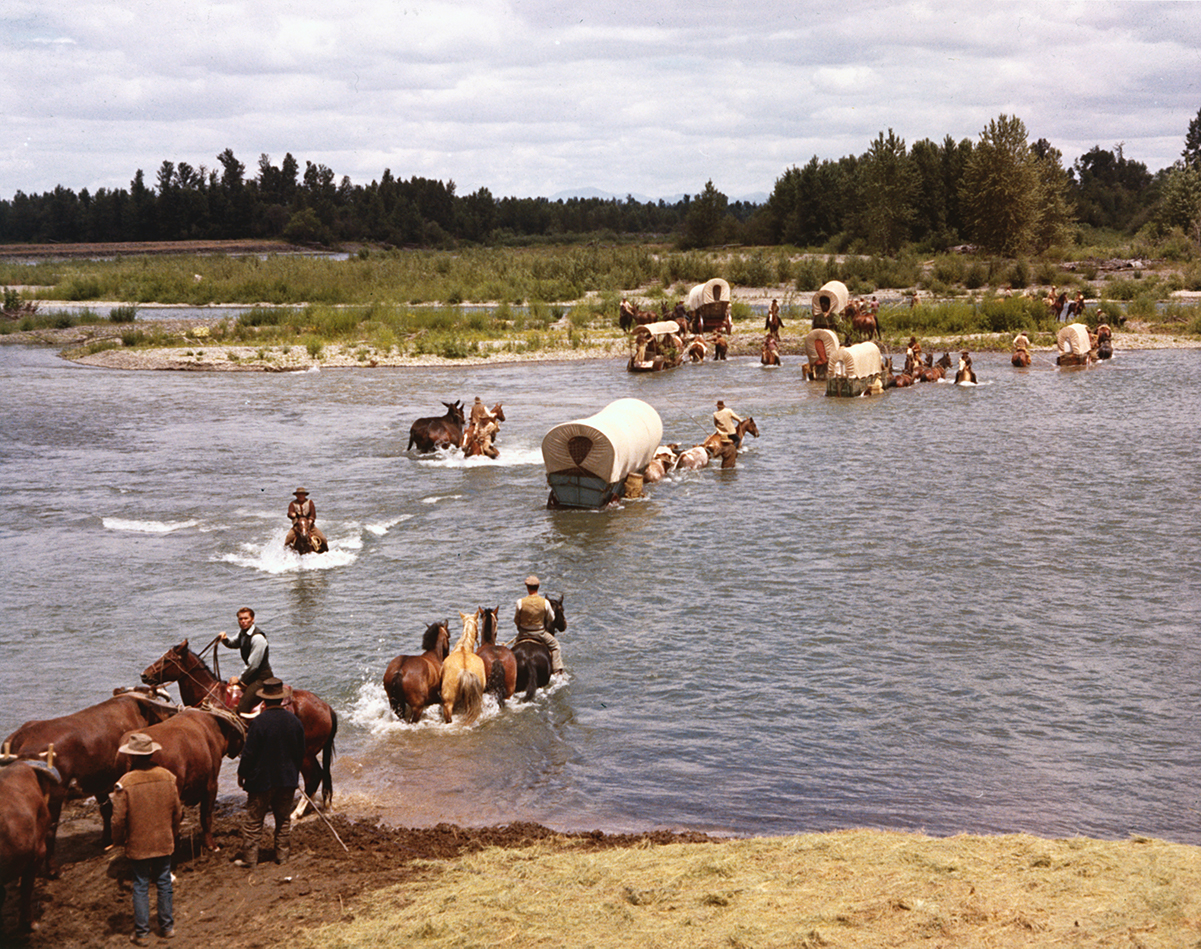 Tadlock is a single-minded leader and a hard taskmaster, accustomed to getting his own way, no matter what the consequences. It’s not surprising when he clashes with the settlers, especially Lije, who doesn’t approve of Tadlock’s demanding methods. They have a long, arduous journey through rough Indian Territory ahead of them, and the last thing they need is internal strife. But incompatible personalities are soon to be the least of their problems.

When Johnnie discovers his new bride is less than enthusiastic about his amorous advances, his eye wanders elsewhere, and flirtatious Mercy McBee is happy to comfort Amanda’s spurned spouse. After their drunken encounter, Johnnie spies what he thinks is a wolf, and he shoots at the figure in the dark. In spite of his inebriated state, his aim is dead on, and his target turns out to be the son of a Sioux chief. The chief demands justice for his son’s death, but Tadlock responds by hitching up the wagons and making a run for it, right through a herd of buffalo. When the Sioux surround the settlers, and there’s no way out, Tadlock has no choice but to have Johnnie hanged for the murder.

Depressed and demoralized, the settlers plod on facing one setback and devastating event after another, and when Tadlock pulls the ultimate deceit, after learning the group has decided to change course, he faces an all-out mutiny.

A story of heartbreak and loss, but ultimately of overcoming unthinkable odds, The Way West shines a light on humanity, inhumanity, and the courage it took to settle America’s west.