In a career that spanned 53 years, Glenn Ford was Hollywood’s sure-fire box-office draw. He was a man’s man, tough enough to star in classic Westerns and taut dramas but also funny and endearing enough to star in comedies and romances.

Glenn Ford was born Gwyllyn Samuel Newton Ford on May 1, 1916 in Quebec, Canada.

When he was 6 years old, his family relocated to the U.S., eventually settling in Santa Monica, California. By the time he was 11, he started taking odd jobs, including working for Will Rogers, who taught him how to ride and care for a horse.

He realized that he loved acting and began to get lots of parts in school drama productions. After graduation, he began working in small theatre groups.

After a few years of working in the Los Angeles theater scene, Ford decided to go to Hollywood. His big break came when Harry Cohn of Columbia pictures saw him and signed him to a 7-year contract in 1939. 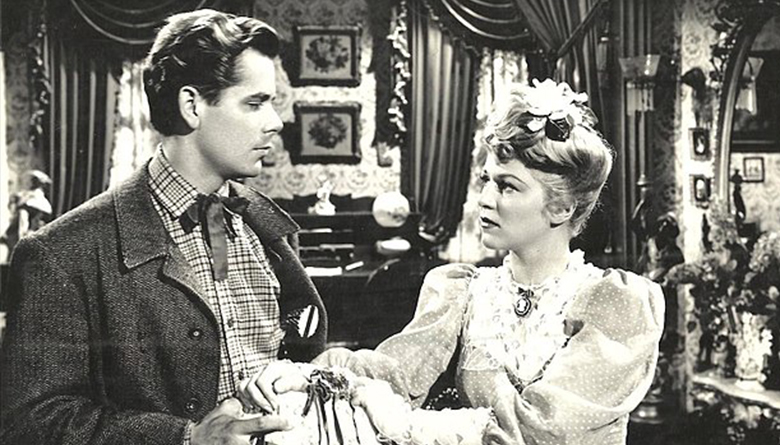 Cohn said that no one would ever know how to say “Gwyllyn,” so he suggested that Ford change his name to John Gower. Ford refused but did agree to change his first name to Glenn, for his father’s birthplace of Glenford.

In the next two years, he starred in B movies like My Son Is Guilty, Convicted Women, Men Without Souls, Babies for Sale, and Blondie Plays Cupid. But he also had two critically acclaimed roles in The Lady in Question and So Ends Our Night.

Just as Glenn Ford’s career began to take off, the threat of war caught his attention. Ford voluntarily enlisted in the Coast Guard Auxiliary in 1941 before the U.S. entered the war. In 1942, he volunteered for the Marine Corps Reserve…and in 1943, he was assigned to active duty at the Marine Corps base in San Diego.

Although he was offered an Officer’s title, he turned it down, saying he didn’t want preferential treatment just because he was a movie star. During training, he won the Rifle Marksman badge and was named “Honor Man” by his platoon. By the end, he was promoted to sergeant.

Ford never saw a day of combat, but he did earn three medals for his years of service. He continued his military career in the Naval Reserve and achieved the rank of captain during the Viet Nam War.

The years after the war saw Glenn Ford climb to the top of the box office charts. From the late 1940s through the late 1950s, Ford was always among the top leading men – and in 1958, he claimed the #1 spot.

During his heyday, Glenn Ford starred opposite Rita Hayworth in Gilda, a film noir classic where their on-screen chemistry sizzled. In fact, Ford was adored by women and respected by men – and known to be a ladies’ man. He had 4 wives and was thought to be romantically involved with many of his leading ladies, including Rita Hayworth, Bette Davis, and Marilyn Monroe.

After the success of Gilda, the hits kept coming – and Ford showed his versatility and skills in dramas such as A Stolen Life, The Big Heat, and The Blackboard Jungle. His comedies included The Teahouse of The August Moon, The Sheepman, and It Started with a Kiss. 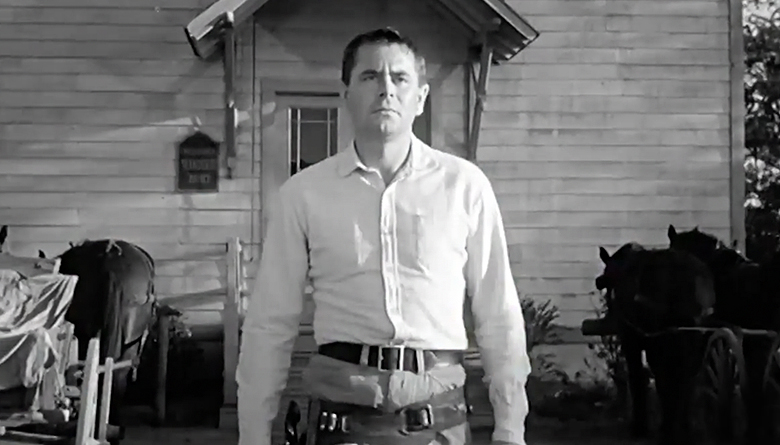 He also ruled the big screen in Westerns such as 3:10 To Yuma, The Fastest Gun Alive, Texas, The Desperados, Cowboy, The Man from Colorado, Heaven With A Gun, and Day of the Evil Gun.

Five of his films are on the National Registry in the Library of Congress as culturally, historically, or aesthetically significant: Gilda, The Big Heat, The Blackboard Jungle, 3:10 to Yuma, and Superman.

As his box office star power waned, Ford took to the small screen. His TV miniseries and shows included Cade County, The Family Holvak, Evening in Byzantium and The Sacketts.

Glenn Ford was still able to lend his considerable star power to the WWII movie epic, Midway, in 1976 and as Clark Kent’s adoptive father, Jonathan Kent, in Superman in 1978.

He kept busy with small parts during the 1980s. However, after a series of strokes that left him in poor health, he retired from acting in the 1990s.

Glenn Ford passed away quietly on August 30th, 2006, in his home in Beverly Hills.

One of the last legends of Hollywood’s Golden Age is gone, but luckily for INSP fans, his work lives on. So, pull up a chair and get comfortable…because when Glenn Ford comes on the screen, you’re sure to be entertained!