Ex-gambler and cattleman, Jason Sweet has given up his ranching dream for a mission of vengeance. He’s been tracking Chocktaw Neal, the man who murdered his wife. While on Chocktaw’s tail, Jason succumbs to the lure of a poker game, and he wins—a herd of sheep! In the Old West, sheepmen and cattlemen did not get along. The sight of sheep grazing on land that could support cattle, riled up ranchers, sometimes to the point of killing the herders and the sheep. 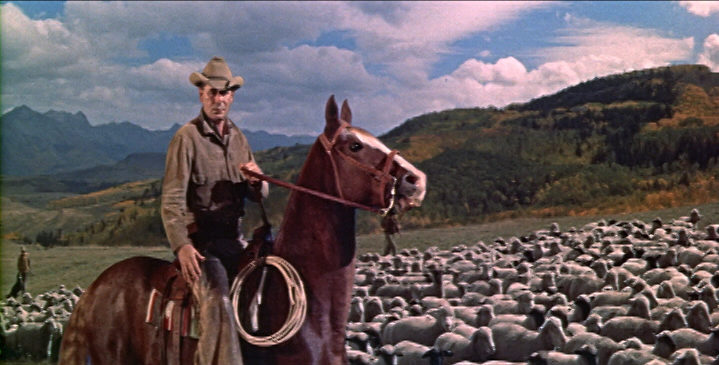 So when Jason has his sheep delivered to Powder Valley, right in the heart of cow country, it’s safe to say he was not a welcome new resident. If that wasn’t enough to set teeth gnashing, Jason manages to make enemies of Jumbo McCall and his notorious boss, cattle baron, Colonel Stephen Bedford, who is counting on wedding Dell Payton, another rich cattleman’s daughter. When Jumbo and his henchman unceremoniously usher Jason before the great Colonel, Jason realizes this colonel is a fraud, a former friend and reformed outlaw, who changed his identity. Raising sheep was bad enough, but having a man who could expose his secret doesn’t sit well with the Colonel. He asks Jason to keep his true identity to himself.

Though most people view him as lower than dirt, Jason does manage to make one friend, Milt Masters, the livery stable owner. He’s also caught the attention of Dell, but, at first, she, too, is convinced that he’s a threat to the ranchers’ way of life. Jason is going to need a friend, because the Colonel is hatching a plan to rid the town of Jason, his herders and his sheep, a plan that involves Chocktaw Neal and two of his most skilled gunslingers.

Jason never stopped keeping his eye out for Chocktaw. Now, Chocktaw is coming for him. As Jason gears up for a showdown, he adds another name on his hit list: his old friend, the Colonel.

Is the Plot Real? Or Is it Fake! One of the most renowned actors of Hollywood’s Golden Age, Glenn Ford’s career spanned many film... READ MORE