Love is in the air – or not – in the Old West! INSP welcomes Henry C. Parke as our guest blogger. Mr. Parke is the creator and writer of the blog, Henry’s Western Round-Up.

When I was a kid back in the ‘60s, I can well remember watching BONANZA with my sister. Some beautiful girl would be batting her eyes at Little Joe, and when the commercials came on, we’d start placing bets with each other. Would the girl turn out to be a con-woman? Would she have a fatal disease? Would she accidentally get killed in the crossfire while Little Joe and her estranged husband shot it out? We didn’t know for sure; but we did know that an attractive young woman had a better chance surviving in the House of Usher than she did in the House of Cartwright.

This family curse was also visited upon the Barkleys of THE BIG VALLEY, the Cannons of HIGH CHAPARRAL, and the Garth kids on THE VIRGINIAN. We knew that none of these romances would ever work out, but we didn’t know why.

After all, it didn’t work that way in Western movies. Granted, no kid wanted to see Gene Autry or Roy Rogers kiss a girl – not even Dale Evans. But no adult minded John Wayne ending up with Maureen O’Hara, and they were happy if Randolph Scott or Joel McCrea got the girl – because it was the end of the movie. The story was over. But the rules of the Western TV series were different, because it had to start all over again next week. Every family western was populated with characters meant to appeal to a certain demographic, and this balance was a matter of science as well as art – parents and grands could tune in for Lee J. Cobb and Barbara Stanwyck; kids could look forward to Hoss or Festus. And the middle-range girls could romanticize – and the middle-range boys could idolize – Heath, Little Joe, Blue if they were angst-leaning, or Manolito if they liked ‘em suave. Each one of these characters was crucial to their series’ survival, and no producer was about to let any of them be sidelined by domestic bliss. 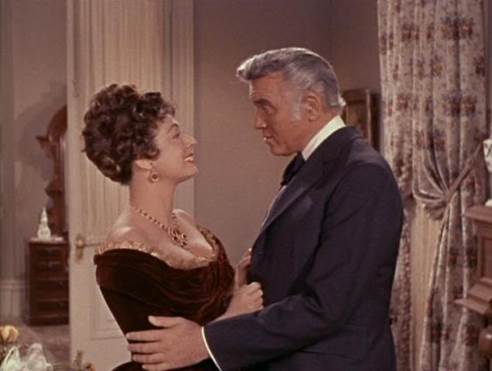 Of course, this sometimes made the viewers angry – why can’t Nick Barkely settle down with that nice widow (whose husband he accidentally killed)? The fact is, viewers know what they think they want, but when it means taking a romantic figure off the market, they hit the roof. Here’s a non-Western, but applicable, example: the pudgy, giggling Pillsbury Dough Boy was a commercial star for decades when someone got the bright idea of giving him a girlfriend. Poppy, the Pillsbury Dough Girl appeared, and across America, thousands of women expressed their ire in letters, calls, and threats of a boycott. Poppy disappeared more abruptly than Katherine Ross did when Heath proposed to her (she couldn’t break her father’s heart)! And let’s not forget the endless complaints about GUNSMOKE – when is Matt going to settle down with Miss Kitty? The answer was ‘never’, which had more than a little to do with making it the longest-running TV drama of all time. If it ain’t broke, don’t fix it.

Understandably, all of the series stars wanted to stretch themselves, and having a romance, even a short, fatal one, could show their range for other roles. The ever dissatisfied Pernell Roberts, BONANZA’s Adam, had been a particular problem to producer David Dortort, who developed a two part strategy: (a) introduce Laura Dayton (Kathie Browne) as an eventual wife to Adam; and (b) introduce Guy Williams, TV’s Zorro, as a Cartwright cousin, Will, to replace the Adam character if Roberts became too difficult. They eased Laura in over four episodes and then, incredibly, on the eve of her marriage to Adam, she dumped Adam, and ran off with his cousin Will!

Sometimes, if the writers are creative enough, you can get an almost happy ending without disturbing the status quo. Roberta Shore, who played Betsy Garth on THE VIRGINIAN, told me that her favorite VIRGINIAN episode was THE EVIL THAT MEN DO, where she had a romance with chain-gang parolee Robert Redford (she didn’t say why it was her favorite, but I can guess). The standard TV way of handling this dramatic situation is to have Redford go back to jail to finish his sentence, with Betsy promising to wait for him – with the assumption that by next season, the audience would have forgotten. Instead, the writers let them find true love; only not with each other. She falls for him, but he falls not for Betsy, but for the town’s new seamstress, played by Patricia Blair. They presumably live happily ever after… But I doubt it! Because at the same time Patricia Blair was romancing Redford, back in North Fork she was two-timing Chuck Connors on THE RIFLEMAN! And one year later she’d ditch Redford and Connors to marry Fess Parker and become Mrs. DANIEL BOONE! And Betsy got over Redford quick enough: two years later she meets a minister and within ninety minutes she marries him and leaves Shiloh! But Roberta actually had gotten married, and quit the show.

“They honestly didn’t believe I would leave, so they didn’t write me out of the script. And when they realized I was leaving they did bring me back, and married me off to handsome Glenn Corbett,” Shore said.

While romance was a change-of-pace to series regulars, it became something of a cottage industry to one actress, Mariette Hartley, who was romanced twice on THE VIRGINIAN, and appeared on BONANZA four times. She told me, “I went through the whole Cartwright family, one brother at a time. And then I dated Ben.”

I asked her which show was her favorite. “I think the one I did Dan (Blocker), THE IRON BUTTERFLY, mostly because he was such a terrific actor. But also because he thought it was special. Because he didn’t get a lot of romantic parts, and it meant a lot to him. And then of course, he passed away a year after that. I loved doing that one, but I liked doing all of them.”

Marriette told me that after her on-screen romance with Ben, a furious fan wrote Lorne Greene, incredulous that he hadn’t recognized her from when she tried to swindle Adam shortly before! Love is blind! Happy Valentine’s Day!

Of course, you can catch all your favorite Westerns on INSP! Click here to view our schedule.

“I don’t think anyone would have predicted a ‘Western-centered’ life for me,” writes Henry C. Parke. He grew up in Brooklyn, NY, where if one were to ride off into the sunset, most likely, it would be on a subway train. A graduate from the prestigious New York University Tisch School of the Arts with a Bachelor of Arts degree in film, his credits include: Co-writer with Fred Mintz on “Speedtrap” (1977) and the original screenplay, and a solo writing credit, for “Double Cross” (1994). His work in the film industry also takes him behind the scenes as an editor. He is currently writing two Western-themed screenplays. Recently, Mr. Parke has been accepted into Western Writers of America, as the first member admitted strictly for his writing in electronic media, for his blog, “Henry’s Western Round-up.”

For the inside scoop on the Western genre, visit Henry’s Western Round-up.

Want to know more about Henry? Read our exclusive Q&A.