The Cannon family struggles to maintain a cattle ranch in the rugged Arizona desert. The time is the 1870s, when survival means a fight against the elements, as well as renegade Indians and outlaws.

In the 1870s, Big John Cannon sets his mind on founding a cattle empire in the most rugged, untamed area of the growing nation’s southwest: the Arizona territory. Though a tough, determined man, John goes into his venture intending to change the prevailing lawless, violent and immoral environment to one of peace, cooperation and respect. He was in for a rude awakening. He travels to the territory with his wife, Annalee; 20-year-old son, Blue; and brother, Buck. The Apaches, with whom John had envisioned a mutually-beneficial relationship, are hostile. Buck takes to carousing around the nearest town, hanging out at the saloon. Annalee, is appalled by the savagery and uncivilized society, and the challenging, new lifestyle only exacerbates the already strained relationship between John and his son Blue. Then there are his neighbors to the south in Mexico, the Montoya family, who claim the land the Cannons own is rightfully theirs.

Big John hires ranch hands and begins to build his business, against all the odds, but as his dream finally comes into being, Annalee is killed in an Indian raid. Blue takes his mother’s death hard, especially when the patriarch of the aristocratic Montoya family, Don Sebastian, makes John a proposition he can’t refuse. His daughter, Victoria, is single, and marriage to John, joining the two powerful families, would make them a force to be dealt with in the territory. John agrees to the arranged marriage. Victoria’s brother, Manolito moves into the Cannon house to keep an eye on his sister, but soon becomes a genuine member of the family. In time, John and Victoria learn to love, trust and respect each other, and together, they defend their land and family. 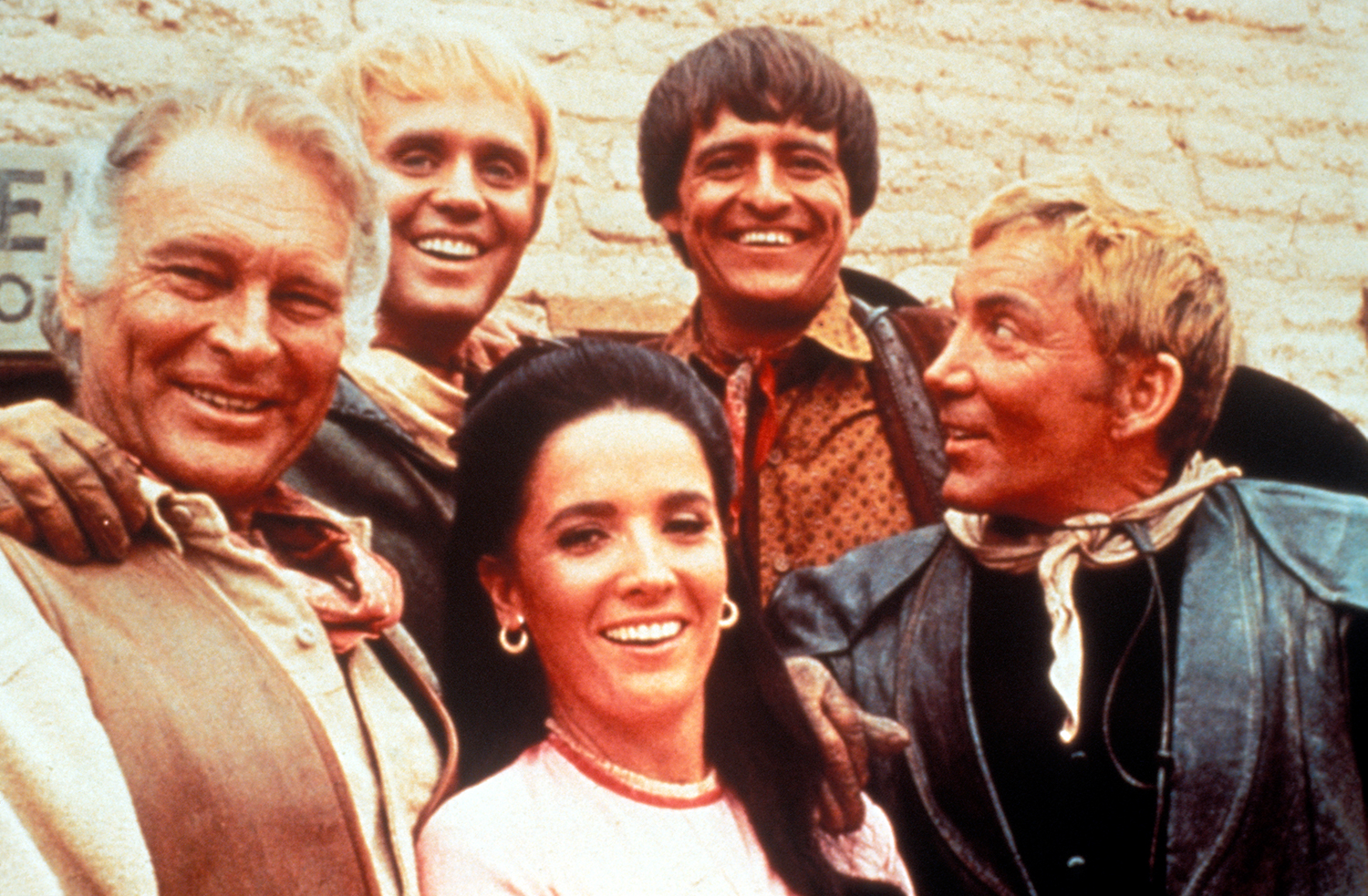 John Cannon promised his dying father he would care for his impetuous younger brother, Buck, and he kept his word, even after John married and had a family of his own. John is a fighter, both physically and idealistically. Unlike most men of his time, he held no prejudices against Indians, other races or nationalities. As tough and single-minded as he is, he struggles with understanding emotions.

Unlike his older brother, Buck Cannon, is all emotion under his rough exterior. He’s generous, a bit immature, and full of heart, and would do anything to defend anyone he feels is being treated unjustly. Because he’s so connected to his feelings, Blue, often turns to his uncle in times of stress or indecision. Buck can be quite gullible, falling for elaborate and expensive schemes. He charges full steam ahead and is not one to think before he acts.

Blue Cannon is Big John’s only son, and the two couldn’t be more different—or more alike! Blue has a gentle, trusting, caring nature, unlike his father who is a strong-willed, if not uncompromising leader. He is a sensitive artist with a deep respect of life. His father feels his talent for drawing is pure foolishness. Blue extends his heart and help to anyone in need. In the scheme of things, both he and his father have a stubborn streak. Both are proud and independent in their own ways.

What lady can resist that charming smile, that suave demeanor, the sweet talk!

Manolito Montoya is a man of passion—in his love life, and in his social ideologies. He prefers to wander about, living the life of a free-spirit, rather than be groomed by his father for his future position of patron of the massive, prosperous Rancho Montoya. In spite of his differences with his father, Manolito is loyal to family and friends. He is brave, if not a bit reckless, willing to lay his life on the line to defend the people he loves, or to right an injustice. Though restless, and fun-loving, one would be wise to stay on his good side.

Victoria Montoya Cannon grew up in a world of privilege and substantial wealth, but it was prosperity wrought of her father’s own hand. She did not grow up spoiled and coddled. She matured into a beautiful headstrong, independent woman who, given her vast fortune, could have the pick of any rich, noble man in Mexico. Yet, she turns down every potential suitor. She is looking for man, even more imposing than her father, Don Sebastian, a man who is her match in vision, strength and purpose. When she meets John Cannon, and her father suggests they marry, she eagerly accepts. She leaves her comfortable existence for the dangerous life of a frontier wife, working hard and fighting hard to help John realize his dream.

Sam Butler is the ranch foreman at the High Chaparral. He is honest, loyal with a strong work ethic and moral compass. Rugged and good looking, he is not easily angered, but, by the same token, will not shy away from a fight, if warranted. He is the older brother of Joe Butler, who easily fills Sam’s boots as foreman when Sam is away. Joe is not a big talker. He’s practical, dependable, loyal, respectful, and is an expert at his job. In spite of his quiet disposition, he harbors definite opinions, and has quite a sense of humor.

Who Said It? Western Edition

Are you a cowboy connoisseur? A Western whiz? Determine which INSP star said the quotes below and we’ll tip our hats to you.... READ MORE

You say you know the answer, but just to be 100% sure, you’ve made your way here from our Facebook and Twitter  pages. So tell us,... READ MORE