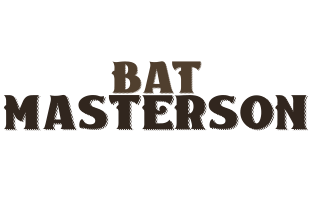 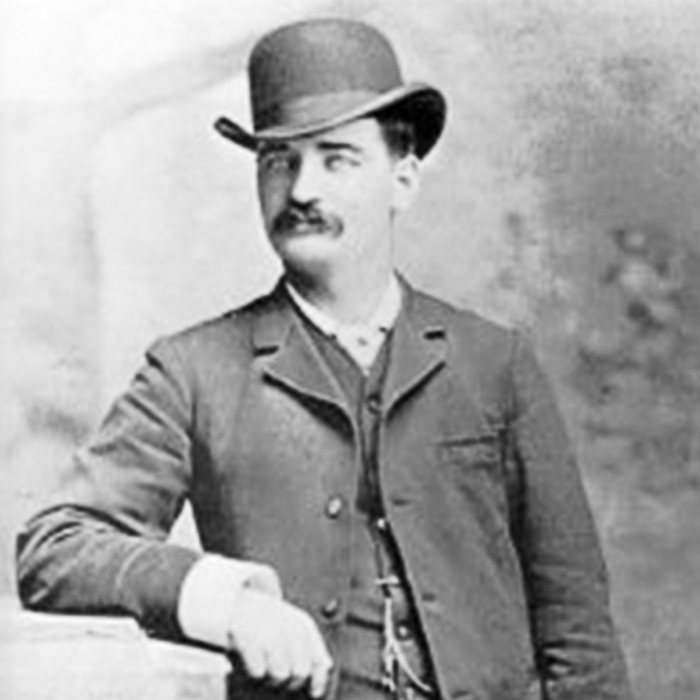 One of the most colorful, versatile, and famous figures in American Wild West history, Bartholomew William Barclay “Bat” Masterson lived life to the fullest. His many careers and adventures took him from the lawless frontier to the bustling streets of New York City. Masterson was born into a working-class family in Quebec, Canada on November 26, 1853. He and his six siblings grew up on farms in Quebec, New York, Illinois and finally Kansas, when the family settled near Wichita. At around age 20, Masterson moved to the lawless town of Dodge City. He worked as a buffalo hunter and occasional Army scout. In the years to come, he made a name for himself as a gunfighter, earned an income by gambling and as a saloon keep, but it was his reputation as a lawman, often alongside his good friend Wyatt Earp, that cemented his place in history. He frequently visited with President Theodore Roosevelt, who arranged Masterson’s appointment as Deputy U.S. Marshal. As an avid boxing fan, Masterson, attended the biggest prizefighting matches of the day and was a partner in a boxing club. More and more, he was drawn to a different kind of excitement – city life. After many years on the boxing scene in Denver, Masterson moved to New York City in 1902 and began a new career, as a journalist. Masterson died of a heart attack on October 27, 1921, at his desk in the newspaper office, after writing what would be his final column for the New York Morning Telegraph. He was 67 years old.