Get to know a living legend during the wildest days in the West.

INSP’s series, Wild West Chronicles, uncovers the truth behind the lore through the eyes of Bat Masterson.

A JACK OF ALL TRADES
A living legend during the wildest days in the West and beyond, there’s no question as to why Bat Masterson’s name is still recognizable to this day. Proving that you are never too old for a career change, Masterson spent his life exploring new fields and skills, while excelling every single time. So how did this multi-faceted Western icon come to be? Read on to find out.

THE ORIGIN OF A LEGEND
Bartholomew Masterson entered this world in the fall of 1853. Born into what would become a big family, Bat was the second eldest of seven children. Originally from Quebec, Canada, the Mastersons decided to try out their luck in the states, moving to New York, Illinois, Missouri, and eventually settling in Wichita, Kansas. As a young man, Masterson set up to make something of himself alongside two of his brothers. 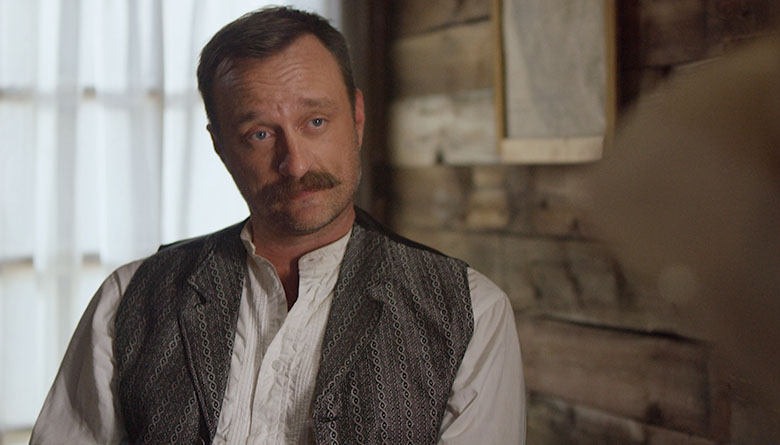 The three men headed West and began working as buffalo herders on a ranch just outside Dodge City. In the years to come, Masterson would make a name for himself as a gunslinger and gambler and earned a living working as an Army scout, saloon keeper, and various odd jobs. He ventured between Dodge City and Tombstone, Arizona, where he joined the legendary Wyatt Earp and Luke Short. But in 1876, a shootout that became known as the Sweetwater Texas Conflict changed the course of his life forever. The shootout left two dead and Masterson badly injured after a gunshot to the groin.

LIVING BY THE LAW
After recovering from the shootout, Bat decided to turn over a new leaf and fight for the good guys. He moved back to Dodge City and served as deputy of the city. By the end of 1878, Masterson became the sheriff of Ford County, winning the election by just three votes. As sheriff, Masterson made the unruly Dodge City a little bit safer by taking down dangerous outlaws and protecting the city from deadly Native American attacks. In 1879, Bat became the Deputy U.S. Marshal in addition to his duties as sheriff. He served as sheriff until 1883, when he lost reelection. 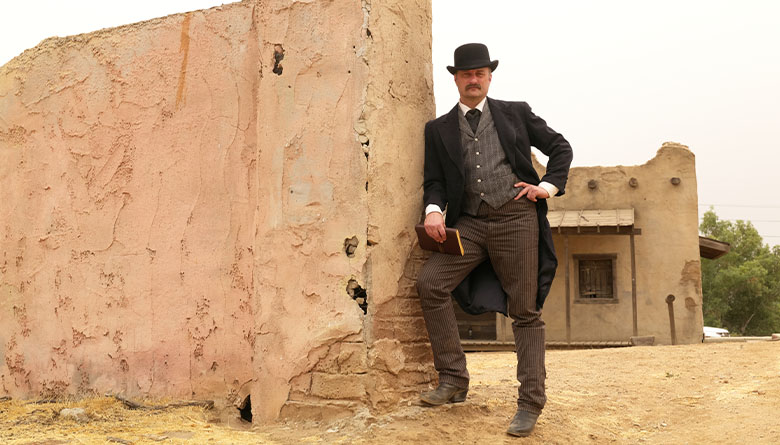 After his reign as sheriff of Dodge City, Bat moved around and put much of his efforts into another passion of his — sports — most notably boxing. He was an avid attendee of almost every major boxing event and spent the next forty years working as either a manager, ring official, promotor, or sports columnist.

NEW YORK NEW YORK
After years of working various odd jobs, traveling, meeting a beautiful woman named Emma, and marrying her, Bat decided his time in the West was up. He and Emma settled in New York City, where yet another chapter of his life began to unfold. A journalist friend of Bat’s helped him start his journalism career by getting him a job at the newspaper, the New York Morning Telegraph. Bat went on to write about sports and his adventures in the Wild West for many publications and quickly became a household name in the field.

A PRESIDENTIAL HONOR
While in New York, Bat made friends with some of the city’s most influential and powerful people, eventually making the acquaintance of the United States president, Theodore Roosevelt. Roosevelt instantly took a liking to Bat, and the
two became fast friends. Impressed by his background and integrity, Roosevelt personally appointed Masterson as the new U.S. Marshal for the Southern District of New York in 1905. Masterson served in the position until Roosevelt left office in 1909. 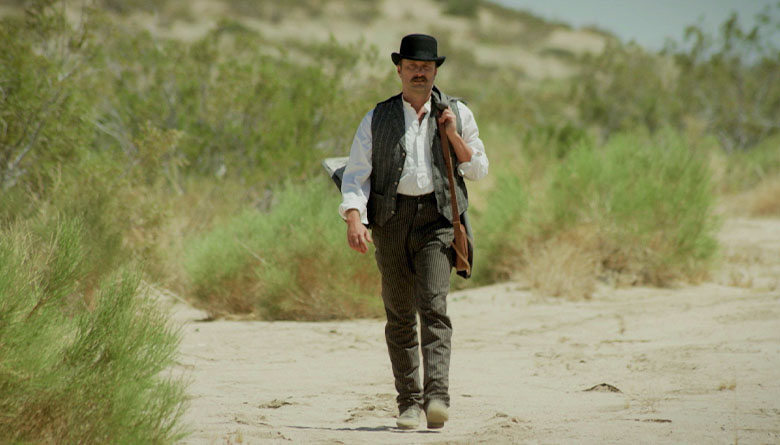 THE LOSS OF A LEGEND
In the fall of 1921, just after finishing what would be his last article for the New York Morning Telegraph, Masterson suffered a massive heart attack and died right at his desk, doing what he loved. One hundred years after his death, Bat Masterson’s legend has only grown in popularity, and he is now a familiar character featured in countless Western films.