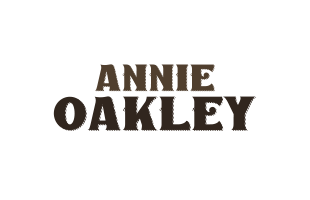 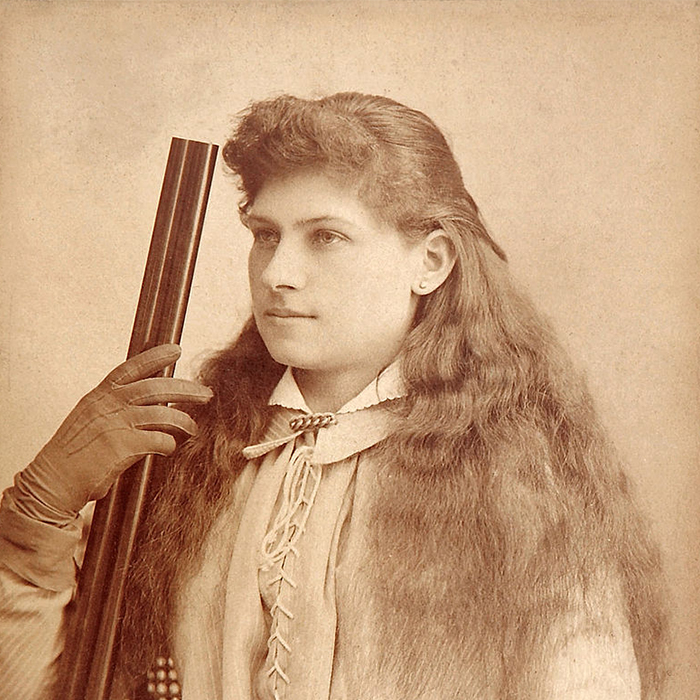 Born Phoebe Ann Moses in 1860 in Ohio, Annie’s young life was mired in poverty. At age eight, Annie took matters into her own hands—in the form of a rifle. She learned to shoot and hunt, selling the meat to restaurants to earn money for her family. At 15, Annie competed against renowned marksman, Frank E. Butler, and won. Butler was impressed and smitten. Frank and Annie married and traveled the country giving sharpshooting demonstrations, and in 1885 joined Buffalo Bill’s Wild West Show. They toured the U.S. and the world, even performing for Queen Victoria at her Jubilee in 1887. Annie earned the name “Little Sure Shot” by Chief Sitting Bull after he saw her perform, and the two became good friends. Annie Oakley died at age 66 of pernicious anemia on November 3, 1926. Her beloved husband, Frank passed three weeks later.