Gunshots and Gingham! Don’t Mess with these Wild West Women!

Men might have held the power, but these gutsy women ruled the Wild West on their own terms. From saloon owners to sharpshooters, outlaws to entrepreneurs, good or bad, they left their mark on history.

Born Phoebe Ann Moses in 1860 in Darke County, Ohio, Annie’s young life was mired in poverty. At age eight, Annie took matters into her own hands—in the form of a rifle. She learned to shoot and hunt, selling the meat to restaurants to earn money for her family’s survival. And she was good at it—so good that she was able to pay off her mother’s $200 mortgage. 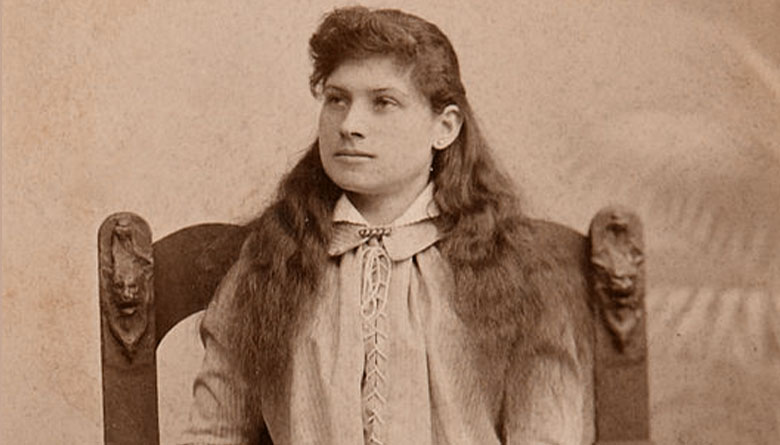 Encouraged by one of her restaurant connections, at the age of 15, Annie headed to Cincinnati to test her sharpshooting skills in a match against the well-known marksman, Frank E. Butler. Imagine what the spectators thought when this spunky young woman standing at just 5’ tall raised her rifle, and zeroed in on the target. If they underestimated her, they were quickly put in their place, as she bested Butler 25 true shots to his 24. Butler was not only impressed, he was also smitten, and after a courtship, he and Annie married.

Over the years, the couple traveled the country giving sharpshooting demonstrations, and in 1885 joined Buffalo Bill’s Wild West Show. For the next 16 years, they toured the U.S. and around the world, even performing in England at the Golden Jubilee of Queen Victoria in 1887. Annie rose to stardom.

In her life, Annie Oakley was passionate about teaching women and girls how to shoot. She earned the name, “Little Sure Shot” by Chief Sitting Bull after he saw her perform, and the two became good friends. In 1901, the train carrying the Buffalo Bill Show performers wrecked, and Annie injured her back, halting further performances. She and Frank left the Buffalo Bill show. Annie performed again throughout the years, finally retiring in 1913.

In 1922 the couple made a brief comeback, entertaining large crowds in major U.S. cities, but the tour ended when they were in a serious car crash. Annie Oakley died on November 3, 1926. Her beloved husband, Frank E. Butler, passed just three weeks later. Click here to read more about Annie Oakley.