Andy Griffith stars in the classic courtroom drama Matlock, playing a Harvard-educated lawyer with a Georgian accent. The 60-minute show centers around his ability to solve murder mysteries to prove his clients’ innocence and put the real killers behind bars.

In the courtroom and on the road, when Matlock is on the case you can be sure justice will be served.

Andy Griffith stars as attorney, Ben Matlock, but he’s no ordinary lawyer. Sure, he went to Harvard and he charges a hefty $100,000 for his services—up front, but he’s hardly the fast-talking, slick-dressing type. You won’t find him cruising around town in a fancy foreign car, and you’ll more likely find him chowing down at the hot dog cart near the courthouse than dining at a five-star French restaurant. 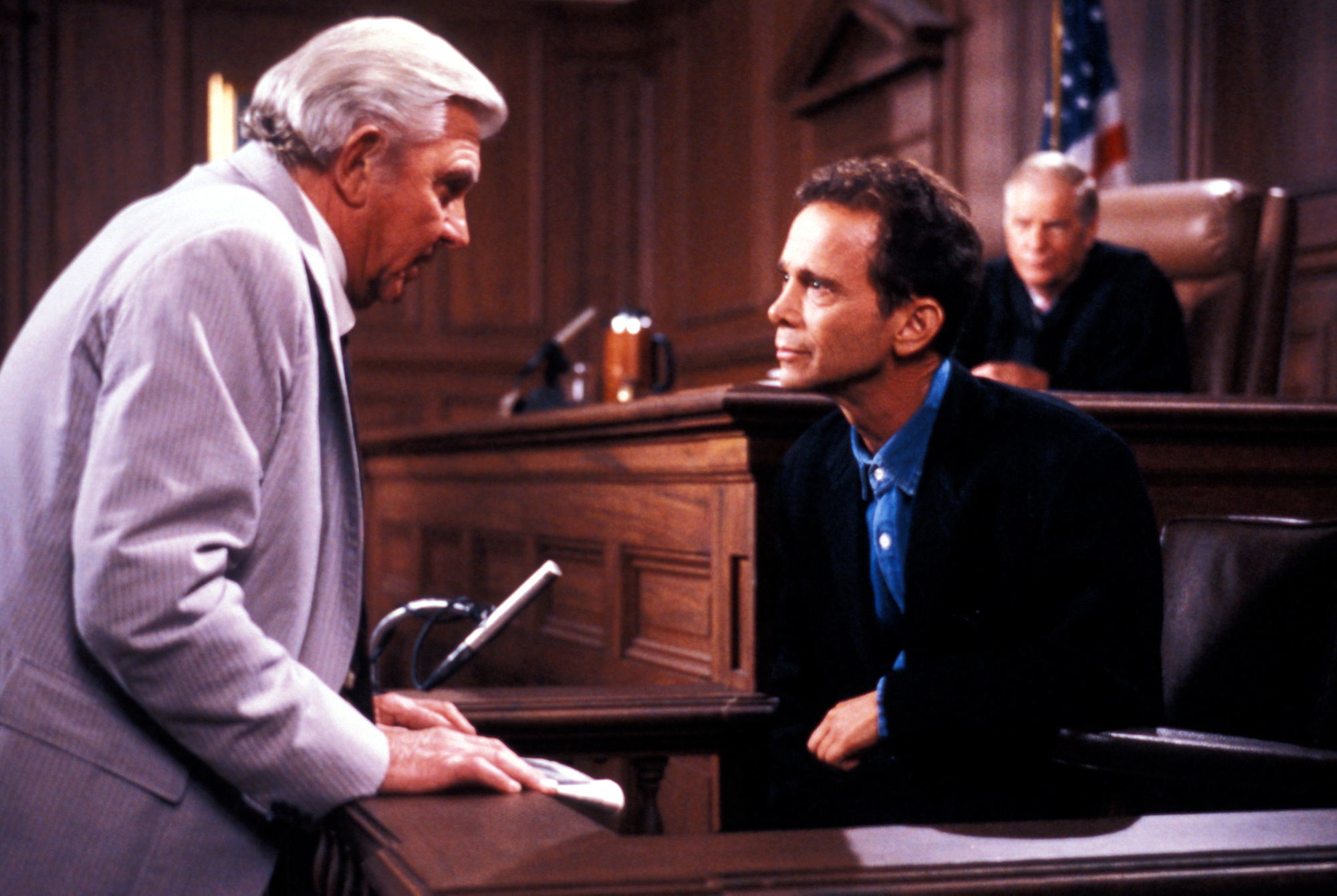 But don’t let his gruff demeanor and downhome Georgia drawl fool you; he’s sharp as a tack and will do everything in his power to get to the truth, even if that truth reveals, in rare cases, that his own client is at fault. Truth and justice are of utmost importance to Matlock. That’s why he’s not one to sit at his desk pushing papers around. He’s pounding the pavement along with his investigators, putting the puzzle pieces together, sniffing out the real perpetrator. He’s not content to merely introduce reasonable doubt. He goes one step further to put the guilty party behind bars. He doesn’t do it all on his own, however. He has a dedicated team working with him.

INSP crossover alert! Walker, Texas Ranger fans will recognize, actor Clarence Gilyard, Jr. in the role of former deputy sheriff, Conrad McMasters as Matlock’s eager private investigator. He goes above and beyond to dig up information related to the firm’s cases. Before Conrad came on board, Tyler Hudson performed investigative duties. Prior to his work with Matlock, Tyler was a U.S. Army Lieutenant. He has a passion for whipping up delicious meals, as well as serving up evidence. Matlock’s friend, Cliff Lewis, also works as an investigator.

Michelle Thomas assists Matlock on cases. Assistant District Attorney, Julie March keeps Matlock on his toes in court. Though they might find themselves on opposite sides in front of the judge, they are good personal friends, and just might share a little romantic spark, as well.

Matlock’s daughters Charlene Matlock and Leanne MacIntyre work for their father on cases at different times during the series. And for a short time, the outspoken, Jeri Stone uses her undercover skills to assist the folksy lawyer. She and Matlock can sometimes be heard harmonizing on their favorite old tunes.