It’s been 30 years since Matlock first appeared on TV screens across America! And we’re celebrating by digging up some fun, little known, interesting facts about the show.

Due to superb acting, gripping storylines, and timely humor, Matlock draws incredible interest from its audience. However, have you considered the intrigue that exists behind the curtain? There are several interesting facts about the series that add to its charm.

Let’s look at a few:

What Goes Around Comes Around 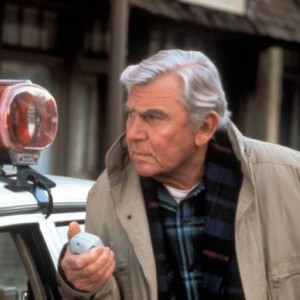 Andy Griffith’s last appearance as Matlock occurred not on the Matlock TV show. He played the iconic character in a crossover episode of Diagnosis Murder with Dick Van Dyke. While you might say that Dick Van Dyke accompanied Ben Matlock on his farewell tour, did you know that he also introduced the character? Matlock’s first weekly episode, following the introductory TV movie, featured the southern attorney going up against a corrupt judge. That judge was played by Dick Van Dyke.

A couple of decades before the success of Matlock, Andy Griffith pioneered one of the greatest sitcoms of all time: The Andy Griffith Show. Being the loyal cast member that we was, Griffith brought several of his talented Mayberry cohorts into the world of Ben Matlock. Can you name them all?

Aneta Corsaut, who played Mayberry’s school teacher, Helen Crump, often found herself in the role of a judge in Matlock’s courtroom.

Jack Dodson, who played Mayberry’s dry but loveable county clerk, portrayed the defendant on the season three episode, The Cult.

R.G. Armstrong, who played a stubborn farmer on an episode of The Andy Griffith Show, guest starred as a small-town sheriff on the season four premiere of Matlock. 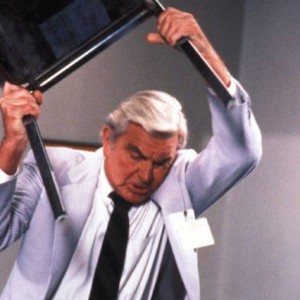 Some of the most elite television broadcasts are rotated between major networks. Events like The World Series and Super Bowl have called several major networks home at various points throughout history. Did you know that Matlock falls into the same boat? Matlock aired for six seasons on NBC before moving to ABC for its final three seasons. As was already mentioned, Andy Griffith’s final performance as Ben Matlock occurred on a crossover episode of Diagnosis Murder, which aired on CBS.

Considering the fact that Matlock still draws enthusiastic fans on INSP, you might say that it ranks as one of the elite programs of its day!

Even the transportation between the two characters was consistent. Both Matlock and Taylor were loyal to Ford vehicles.

Do you have any interesting facts about Matlock to add? Comment below!

Brian Ciampa has always loved to write. He also loves classic TV. So, when the opportunity arose to contribute to the INSP blog, he jumped at it! Born and raised in the Nashville area, Brian grew up watching many of the great shows that INSP broadcasts.

After from graduating high school, he moved to Florida where he completed his undergraduate and graduate degrees in information systems, met his beautiful wife, and started a family. They now reside back in the Nashville area, where by day he serves as a project manager for an information security firm.

In addition to writing, Brian enjoys playing in the backyard with his three awesome kids, reminiscing with his wife about some of the funniest moments in their favorite classic TV shows, and admiring the beautiful scenery that Tennessee offers.