Widower Zack Hallock came to Timberline for a fresh start with his young son. He buys a farm and finds a new wife, but money is always tight. When Zack suddenly comes into money and starts disappearing nightly, his family fears that this good man has gone bad….

Filmed against the majestic backdrop of the Colorado Rockies, this engrossing Western follows the plight of a young widower who isn’t what he seems.

In 1870, a widower named Zack Hallock and his young son, Josh, come to a small town named Timberline. Zack wants a fresh start for himself and his son, so he buys a farm and starts fixing it up.

Soon, Zack and Josh befriend the Skaggs family, including their beautiful daughter Sarah Jane and her younger brother, Daniel. Zack likes Sarah Jane and after some time, the couple decides to get married.

But no matter how hard Zack works, he can’t seem to make the farm a success. Making matters worse is that fact that two brothers, Jonah and Gus Varden, have been terrorizing the town – including killing the sheriff. 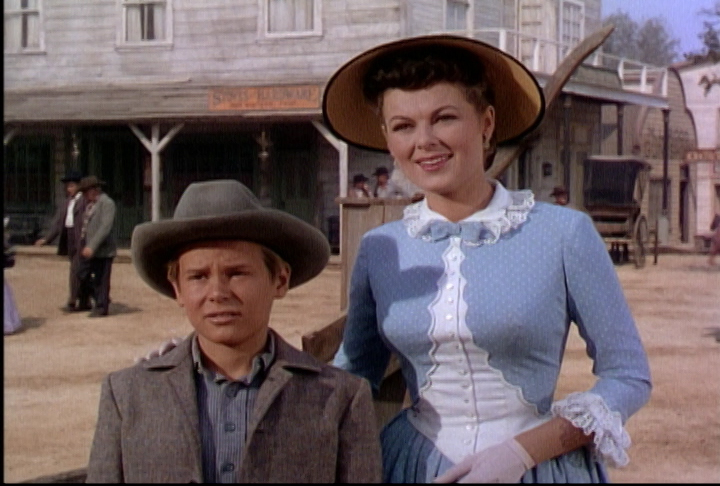 Friendly horse farmer George Hadley urges Zack to team up with the “Regulators,” a group that keeps law and order and keeps the Vardens from wreaking havoc. But Zack refuses, disappointing his son, Josh.

Later, when Josh witnesses the Vardens shoot and kill a Pinkerton’s detective, he is amazed when his father tells him to not to breathe a word of what he’s seen. Meanwhile, Gus Varden – who has followed Josh home – is glad to hear Zack tell his son to stay quiet.

Realizing that Zack is broke and thinking he would be a good addition to the gang, they offer him a chance to earn easy money if he joins them. Desperate for cash, Zack accepts, and secretly joins these bandits.

Finally flush with cash, Zack can now marry Sarah Jane. But, his new wife and his young son start to fear that Zack may not be the good, kind man they thought he was, after all. Each night, he disappears – and doesn’t say where he’s been. Has he taken up with this ruthless gang?

Now, Zack must decide: does he tell Sarah Jane and Joshua the truth…or risk losing the love and respect of his new wife and son forever?

INSP mourns the passing of musician, entertainer and actor Glen Campbell at age 81, on August 8, 2017. Campbell is best known for his... READ MORE