“I always felt so much more comfortable in the Western. The minute I got a horse and a hat and a pair of boots on, I felt easier. I didn’t feel like I was an actor anymore. I felt like I was the guy out there doing it.”  – Joel McCrea

With a career spanning five decades, McCrea goes down in history as one of the most accomplished Western genre actors. He deliberately chose relatable roles, playing fair, humble, and reserved characters — who honored traditional values and had a strong moral compass, much like his real-life persona. 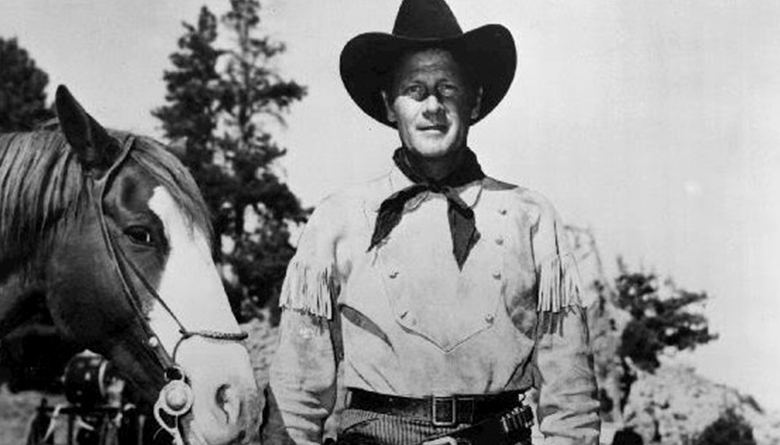 In the fall of 1905, Joel McCrea entered this world destined for Hollywood. Growing up in South Pasadena, California, McCrea watched the magic of movies come alive in his childhood backyard. Enamored by the bright lights and excitement of show biz, it wasn’t long until he set his sights on acting. While he was a student at the Hollywood High School, McCrea landed a part- time gig as a stunt double, and the rest, as they say, is history.

RISE INTO THE SPOTLIGHT

McCrea continued to pursue acting as he attended Pomona College, working as an extra in addition to stunt work. Finally, in 1929, MGM cast him in The Jazz Age for his first significant role shortly after the studio signed him. 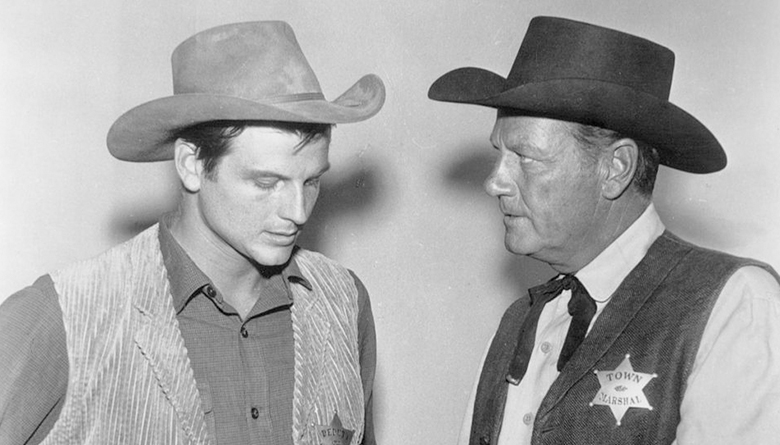 The following year, McCrea moved to RKO studios and got his big break starring as a lead in The Silver Horde. Due to the film’s success, his striking good looks, and stature, McCrea quickly became a favorite for roles in romantic comedies.

Fortunately, he was able to avoid being typecast and crossed over into different genres. From playful comedy (1937’s Sullivan’s Travels) and action-packed Westerns (1937’s Wells Fargo) to suspenseful crime dramas (1937’s Dead End) and satisfying thrillers (Alfred Hitchcock’s 1940’s Foreign Correspondent), he’s done it all. But ultimately, McCrea decided to stick with the genre that his heart was in, Westerns.

“I liked doing comedies, but as I got older I was better suited to do Westerns. Because I think it becomes unattractive for an older fellow trying to look young, falling in love with attractive girls in those kinds of situations.” – Joel McCrea By 1946, an older, more distinguished version of McCrea made a bold decision that would alter the rest of his career. Incredibly self-aware, McCrea knew that his days in romantic dramas and comedies were behind him and better left for the younger faces hitting Hollywood. He leaned into this new chapter of his life, but steered it in a direction that truly felt like home. Excluding 1953’s thriller, Shoot First, and 1951’s Hollywood Story, where he played himself, McCrea starred in strictly Westerns. Quickly, he became a household name in the genre, starring in timeless classics like 1953’s The Lone Hand, 1957’s Trooper Hook, and 1962’s Ride the High Country. 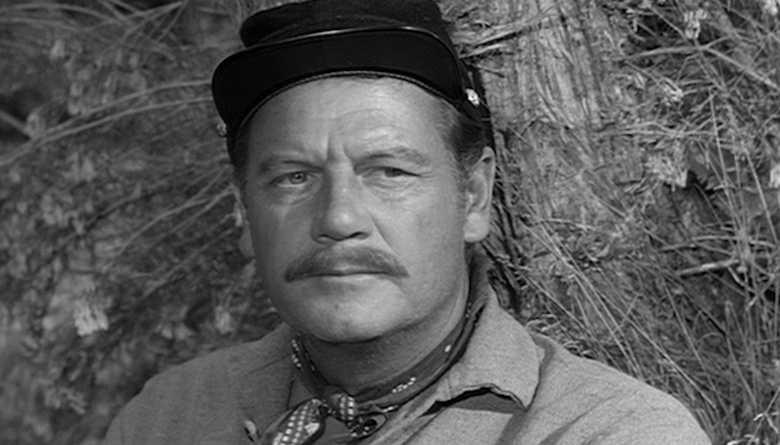 On and Off the screen, McCrea lived by the cowboy code. He married actress Frances Dee in 1933, and the couple went on to have three sons. An outdoorsman by nature, McCrea purchased a ranch that grew to become a 3,000-acre venture over time. In fact, McCrea referred to himself as a rancher by trade and an actor by hobby.

At the age of eighty-four, the actor succumbed to pulmonary complications and passed away in the fall of 1990. With more than thirty years passed since his death, McCrea is still inspiring viewers of all ages, and the legacy he left will live on for many, many lifetimes.