He’s independent, a mysterious man of few words, who fights for justice, a man with no name, other than The Virginian. It took an actor of equal integrity and core values to bring a character of such strong convictions to life, and the only man who fit the bill was James Drury.

Born in New York City on April 18, 1934, James Drury grew up in the best of two worlds. Since his father was a professor of marketing at New York University, the family lived in the city, but his mother’s family owned a ranch in Oregon, where she brought her son every summer from the time he was a baby. There, Drury learned to ride at a very young age. Along with riding and handling horses, his grandfather taught him marksmanship and woodsman skills. 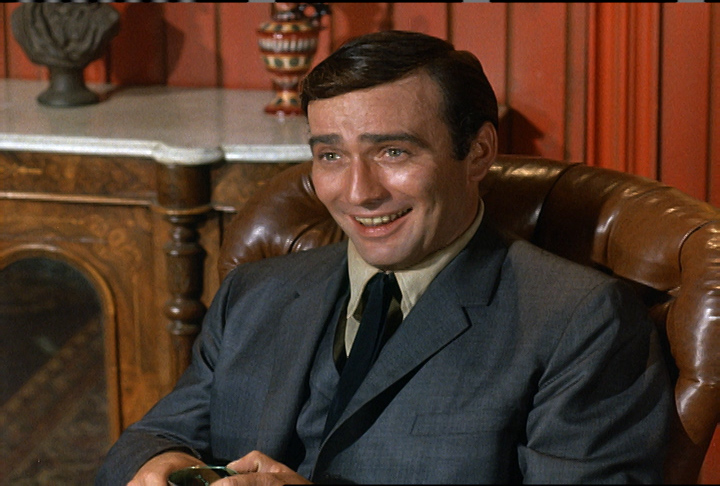 These experiences instilled in Drury a set of core values based in ranch life and the cowboy way. If ranching left an indelible mark on the growing boy, Drury was about to discover yet another passion—acting. At the age of eight, he played King Herod in a children’s Christmas production, and he was hooked. Just four years later, he made his professional acting debut with a touring company of Life with Father.

After Drury was expelled from high school in Los Angeles, just before graduation, his father got him into NYU. “No one wants to go to a school where their father is a teacher,” Drury wrote in a True West blog, but Drury wasn’t pursuing a business degree; he was going for drama. At NYU, Drury trained as a classical actor. He’s credited with 12 major Shakespeare roles, and 18 major Shaw roles, according to his official bio. He left New York and the theater world in 1954 and headed west, to Hollywood to work in film and television. A mere seven days after his arrival, he signed a contract with MGM Studios. A year later, he moved on to 20th Century Fox where he had parts in movies with Elvis Presley, and Pat Boone.

The shift to TV Westerns was a natural for this city slicker with deep cowboy roots. He brought this abiding love of horses, cowboy life and the great outdoors to his role as The Virginian. When he was cast in the part, he needed look no further than to his ancestors for inspiration to bring the mysterious ranch foreman to life. His grandfather, who traveled west by wagon train from Missouri as a teen in the 1880s, was a major influence.

With over 70 credits to his name, not counting his stage work, Drury starred in several lesser-known, rare movie performances produced by none other than “Uncle Sam.” As a Lieutenant Commander in the US Naval Reserve, Drury appeared in many recruiting films and at public events.

Drury was inducted into the Hall of Great Western Performers at the National Cowboy and Western Heritage Museum in Oklahoma City in 1991. Though best known, and beloved for his role as The Virginian, Drury also appears in episodes on other shows airing on INSP, including Gunsmoke, Alias Smith and Jones, and Walker, Texas Ranger.

James Drury passed away of natural causes, on April 6, 2020 at age 85. He was a good friend to us at INSP for many years and his loss was deeply personal. He lived by the cowboy code to the end.