Young Jim Craig’s father is killed in a horse accident. Now alone, Jim leaves his beloved home to work on a ranch in the lowlands, where he must prove himself to everyone—except the owner’s daughter, whose father will do anything to keep the couple apart.

A gripping coming of age story about an older teen suddenly forced to live on his own, and learn what it is to be a man in the Australian wilderness of the 1880s!

Jim Craig and his father Henry run a ranching station in Snowy River, up in the untamed Australian mountains. One day a herd of wild Brumby horses gallop through. Henry wants to kill the stallion, but Jim has a better idea: capture the horses and sell them. Henry goes for the plan, but while attempting to corral the herd, he is killed.

Now, at age 18, suddenly alone in the world, Jim must grow up fast. He wants to keep running the station, but expenses are high, and because of his youth, he must prove his worth to the older, more experienced ranchers. While trying to figure out how to earn the money to keep his station, Jim meets Spur, a grizzled, one-legged mountain man who’s also a gold miner and an old friend.  Shortly afterwards, Jim travels to the low country and secures a job as a hand on the ranch owned by Harrison, Spur’s wealthy, estranged, twin brother.

Jim is not regarded well among the crew, as mountain people are seen as rough, unsophisticated and uneducated. When Harrison puts together a cattle roundup, Jim is left behind. What seems like a cruel turn of events ends up being a delightful twist of fate. With the older men away, Jessica, Harrison’s daughter, asks Jim to help her train a valuable, finely-bred young colt, and soon love blossoms between them. 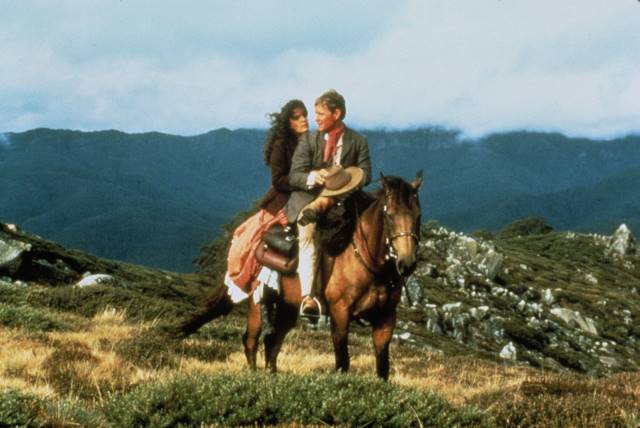 One day, while Jim is working with the horse, he sees the Brumby herd gallop by, and he takes off after them on the unproven colt, hoping to capture the stallion, but, once again, he fails. When Harrison returns, he sends Jim off to round up the stray cattle, and he learns of the young man’s folly jeopardizing the prized colt. He fires Jim and tells Jessica he’s sending her to boarding school.

Jessica is devastated. She’s intrigued with Jim’s mountain lifestyle, and the last thing she wants is to be trained in the fine art of being a “lady.” She sneaks out to follow Jim and is caught in a dangerous storm. Jim finds her, and while on the mountain, she meets Spur, her long lost uncle, who reveals dark family secrets, one involving her mother, who died giving birth to her. In time, Jim convinces Jessica she must return to the safety of the ranch, and he escorts her home. While Harrison is pleased that Jim brought Jessica back, he becomes angry when Jim declares his love for her.

As Jim heads out, a jealous ranch hand releases Harrison’s colt, and he blames Jim for the horse’s escape. Now Harrison puts the word out to riders and ranchers at stations near and far. He offers a hefty reward for the return of his horse, and a hard-riding, hair-raising competition begins as the cowboys gallop off, risking life and limb, for parts unknown.

Though reluctant, Jim joins the hunt just to clear his name. The colt, now running with the Brumby herd, heads up the mountain to Snowy River, rough, dangerous territory, where only horses bred for the steep, rocky terrain can survive.

Set against the breathtaking scenery of the Australian wilderness, this is at once a love story, a tale of a broken family, a horse story, and a heart-pounding adventure that will have you rooting for the underdog right to the end.

Modern Day Hollywood Cowboy “Real heroes are men who fall and fail and are flawed, but win out in the end because they’ve... READ MORE