Mountain man and trapper, Jeremiah Johnson marries Swan, a Flathead Indian woman. When Crow Indians murder her and the child they adopted, Jeremiah devotes his life to avenging their deaths by killing as many Crow Indians as he can, just as they vow to kill him.

Robert Redford and Will Geer star in this story of love, bravery, vengeance and survival!

Mexican war veteran, Jeremiah Johnson has become jaded, so he takes to the Rocky Mountains to escape encroaching civilization. He intends to live a life of peace and solitude as a mountain man, a trapper, selling pelts to make a living. He may have survived the rigors of military life and the horrors of war, but when it comes to wilderness survival skills he’s seriously lacking, a harsh reality he learns soon after he departs on his adventure. Though he bought all the equipment and food he thought he would need, including a good riding horse and a solid pack mule, within just a short time, Jeremiah finds himself without food and adequate means to hunt, and with winter upon him, he is freezing and starving. At one point, he tries to catch a trout in a rushing mountain stream with his bare hands, and he encounters Paints His Shirt Red, a Crow Indian Chief, who is amused by Jeremiah’s futile attempts at fishing. He poses no threat, but offers no help. 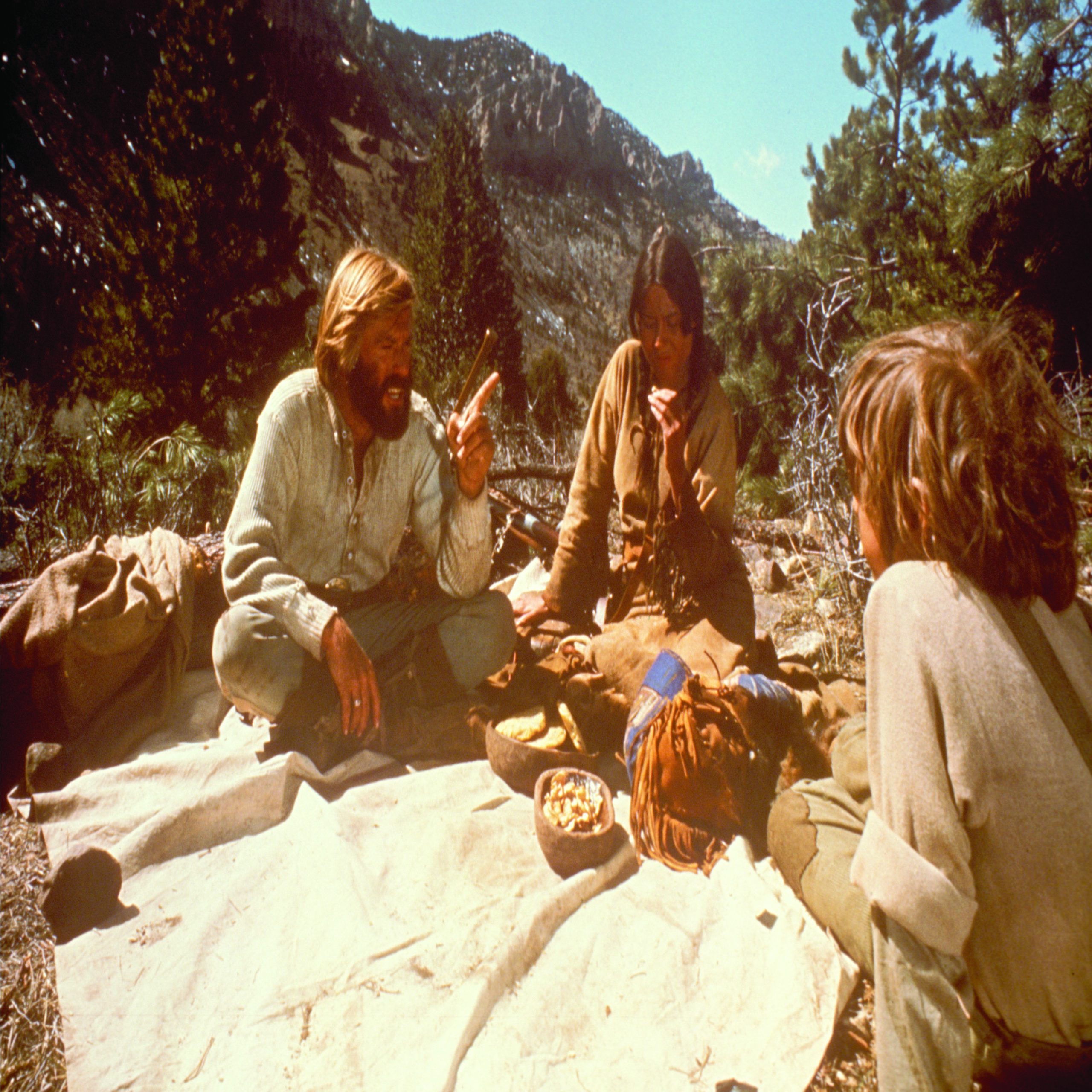 A while later, Jeremiah discovers the frozen body of another mountain man. The man is seated against a tree with a note attached to his clothes, identifying him as Hatchet Jack, and explaining he was mauled by a bear. In his death, Hatchet Jack pays it forward: his note adds that whoever finds his body should take his .50-caliber rifle. At least now, Jeremiah has the firepower to hunt deer, and provide food for his journey. The morning after discovering Hatchet, Jeremiah finds his horse has died in the frozen conditions, and now he has no choice but to continue on foot in the deep snow while leading his mule. But providence is, once again, on Jeremiah’s side. He inadvertently interrupts, elderly mountain man, Bear Claw’s bear hunt, and the venerable older trapper is none too pleased. But Bear Claw takes pity on the hapless Jeremiah, and he becomes the younger man’s mentor. As Jeremiah and Bear Claw hunt elk together a band of Crow Indians surrounds them, and Jeremiah manages to barter a deal for their freedom. It’s in this encounter that he once again, locks eyes with Paints His Shirt Red.

Eventually, Jeremiah and Bear Claw part ways, and Jeremiah discovers a cabin where a war party of Blackfoot Indians has raided the premises and killed everyone in the family except a young traumatized mute boy and his now crazed mother. The mother gives her son to Jeremiah, who names the boy, Caleb, and they take off for parts unknown.

In their travels, Jeremiah comes across Del Gue, a fellow mountain man, buried up to his neck in sand, the victim of the same Blackfoot raiders who murdered the settlers. After rescuing Del Gue from his predicament, Jeremiah, Caleb and Del Gue take off to recover Del Gue’s horses and supplies from the Blackfoot raiders. After fighting the Indians, against Jeremiah’s wishes, Del Gue kills and scalps the thieves. When the travelers meet a party of Flatheads, the last thing Del Gue wants in his possession are the scalps of Indians, so he slips them into Jeremiah’s pack. Unknowingly, Del Gue did Jeremiah a great favor. Seeing the scalps and horses of their sworn enemies, the Flatheads view Jeremiah as a great warrior, and the chief honors him with the hand of his beautiful daughter, Swan.

After Del Gue departs, Jeremiah and his newfound family settle into a cabin along a mountain stream. But soon his peaceful existence will give way to a lifetime of violence and horror. When a cavalry officer coerces Jeremiah to serve as a mountain guide on a rescue mission, and insists they travel over a sacred Crow burial ground against Jeremiah’s advice, Jeremiah becomes the target of the Crow Indians’ revenge—starting with his wife and adopted child. Now, as the Crow are hunting him, Jeremiah, too, is on a mission of vengeance, devoting his remaining days to killing those responsible for his wife’s and son’s deaths, and any other Crow Indian who crosses his path.

Is the Plot Real? Or Is it Fake! One of the most renowned actors of Hollywood’s Golden Age, Glenn Ford’s career spanned many film... READ MORE