Sam Elliott stars as the legendary, larger-than-life frontiersman and statesman, Sam Houston in this historical drama. Follow Houston from his days as Tennessee Governor, to his time among the Cherokees, and to the Battle of San Jacinto and, ultimately, Houston’s vision for what would, one day, become the great state of Texas.

Stars Sam Elliott as Sam Houston! He was at the forefront of the battle with Mexico to claim the territory that would become the great state of Texas. Two-time, President of Texas, Governor and Senator, this is the colorful, adventurous and bold story of Sam Houston, the larger-than-life frontiersman and statesman who shaped American history and the very birth of the Lone Star State. 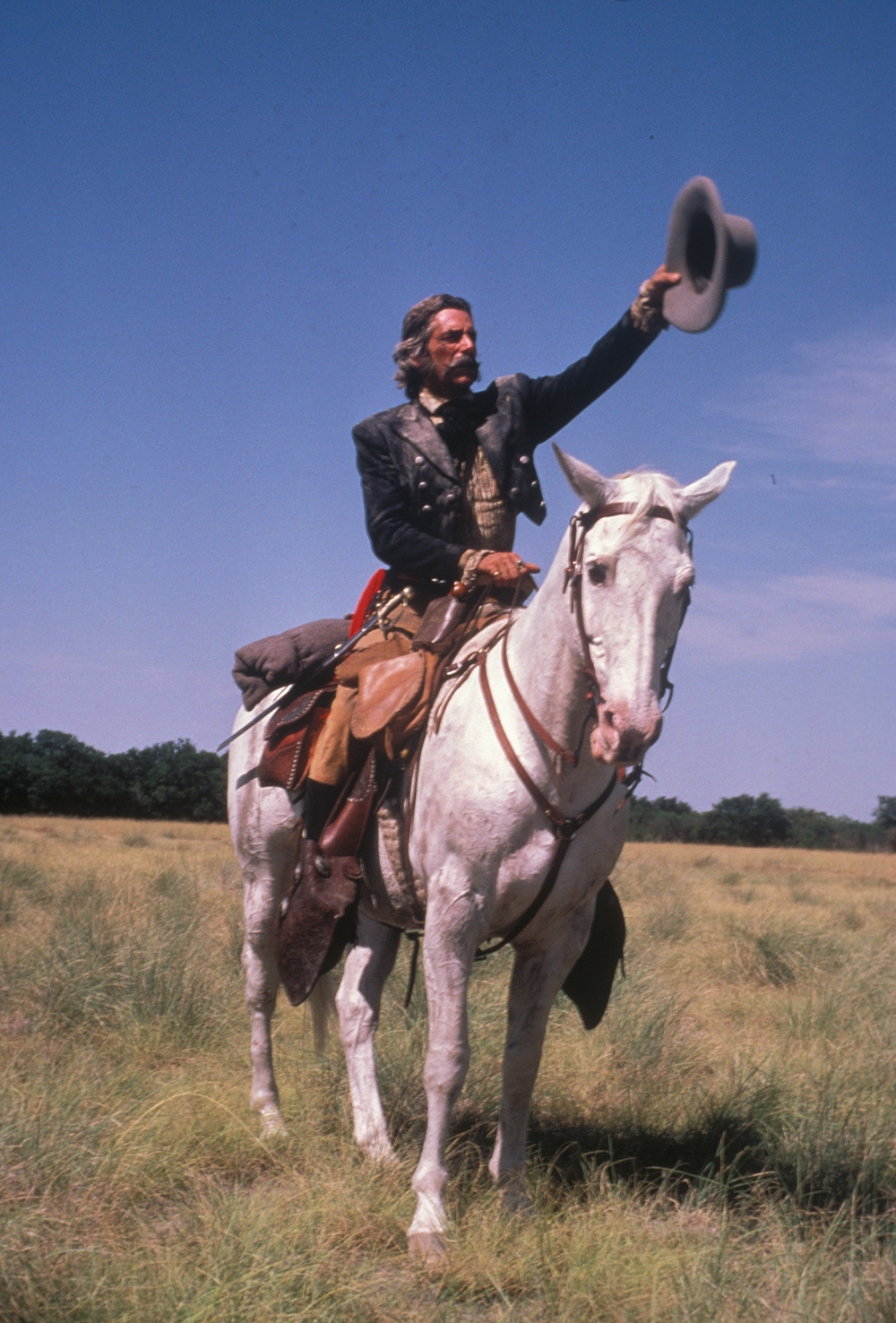 During his time as the popular Governor of Tennessee, Sam Houston marries a wealthy, younger woman, Eliza Allen. Their wedding reception is a fashionable society event, but it doesn’t take long

for Houston to realize this was a big mistake. He and his new bride are completely incompatible. It seems Eliza’s heart is with another man, but honoring her father’s wishes, she agreed to marry the powerful Governor. Houston calls it quits, and takes the blame for the split.

Now, disgraced, he resigns his position and leaves Tennessee, traveling to the one place that gives him peace, a place where he spent several happy years in his youth. He heads out to live among the Cherokee on a reservation. On his way, he meets soldier and pioneer, Jim Bowie, who tries to convince Houston to travel to Texas, instead, as Bowie is recruiting settlers to the territory. But, the now divorced Houston needs to recharge, put politics behind him and get back to nature. For years, he fights for Indian rights and just treatment for the Cherokees. He takes a Cherokee wife, Tiana Rogers, but the lure of adventure and, eventually, the call back to politics, are too strong within him.

Houston leaves the reservation and travels to Texas to take up the biggest battle of his life, now sporting a new rank, as General Sam Houston. With the crushing massacre at The Alamo fresh in mind, he leads his outnumbered troops in a surprise attack against General Antonio Lopez de Santa Ana and his mighty army on the banks of the San Jacinto River.

The story stays fairly true to historical events, and Sam Elliot shines as the independent, crafty, brave, and gruff Houston.

The Waltons Through the Years

The Family That Grows Together, Stays Together. Over nine seasons and countless specials, the Walton family grew up right in front of... READ MORE

History of the Pony Express

“I do hereby swear, before the Great and Living God, that during my engagement, and while I am an employee of Russell, Majors and... READ MORE