“I think anytime you can affect people in general,

in a positive way, then you’re a lucky individual.”

With his rugged appearance, calm demeanor, and distinctive voice, Sam Elliott has been a mainstay in television and film for over 50 years.

From character actor to Western star and everything in between, Sam Elliott has the acting chops to play just about any character.

Although he was born in Sacramento, California, in 1944, Sam Elliott comes from a long line of Texans and considers himself to be one. As a teenager, his family moved to Portland, Oregon. Early on, Sam knew that he wanted to be an actor. Still, his father’s disapproval in the profession led him to enroll at the University of Oregon, majoring in English and Psychology. Dropping out shortly thereafter, Sam headed back to Portland and attended Clark College. While completing a two-year degree, Sam began pursuing his true passion—acting. When he landed a lead role in the college’s production of Guys and Dolls, his talent was undeniable, and a local newspaper ultimately confirmed what Sam knew all along—that he was destined for the stage.

After graduating, Sam still felt the pressure from his father to take a different route and re-enrolled at the University of Oregon, but he dropped out yet again after his father passed away from a heart attack. Shortly after his father’s death, Sam decided it was time to seriously pursue acting. He relocated to Los Angeles, where he began taking acting classes and working as a construction worker to support himself. 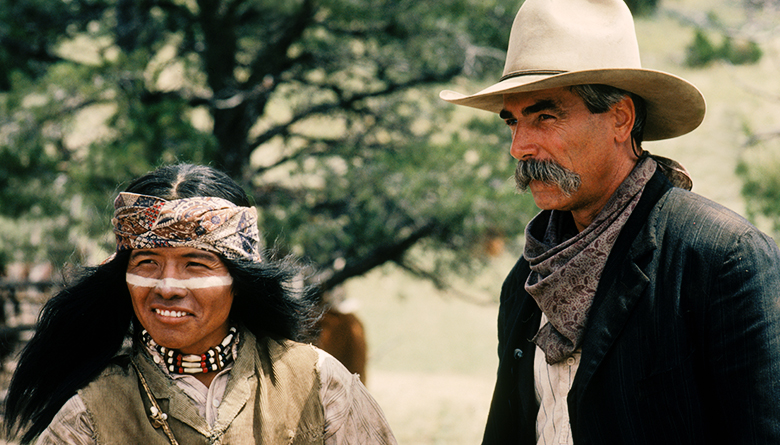 In 1969, Sam landed a minor role in the blockbuster Butch Cassidy and the Sundance Kid, alongside the greats Robert Redford, Paul Newman, and who would become Elliott’s future wife, Katharine Ross. While it wasn’t a significant role for him, the film’s success helped Sam land several guest roles in popular series, and it led to his first major role in the series Mission Impossible. By 1979, Sam began making a name for himself, starring in the TV mini-series The Sacketts, alongside Western icon Tom Selleck.

While he appeared in projects of all different genres, Sam became a favorite for Western TV movies and series, including The Shadow Riders, The Yellow Rose, Houston: The Legend of Texas, and The Quick and the Dead.

It wasn’t until 1989 that Sam’s success skyrocketed after starring as Patrick Swayze’s mentor in Road House. Throughout the 1990s, Sam worked continuously, starring in some of the biggest cult classics of the decade, including Tombstone and The Big Lebowski. 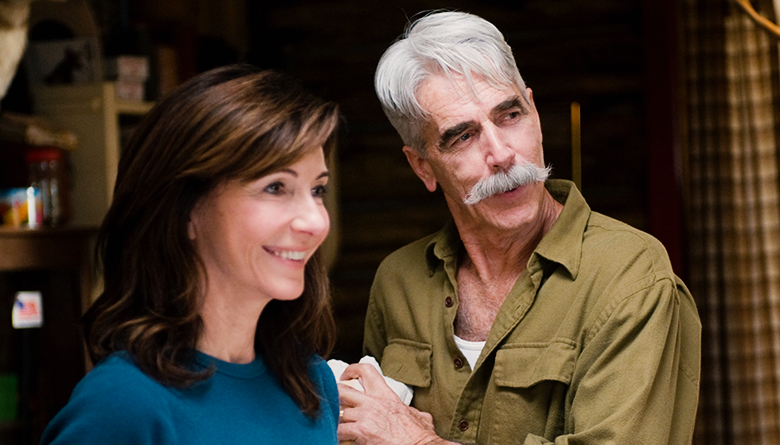 While he still favored the Western genre, by the 2000s and beyond, Sam’s career took off, and he became a staple in Hollywood—showcasing his range as an actor in films like We Were Soldiers, Thank You for Smoking, Ghost Rider, The Golden Compass, and A Star is Born. Sam also began showing off his comedic side with guest roles on Parks and Recreation, Grace and Frankie, and as a series regular in The Ranch. Proving that no genre was off-limits, Sam brought his recognizable voice to animation with voiceover work in The Good Dinosaur, American Dad, Robot Chicken, and Family Guy.

Throughout his many career successes, Sam has maintained a relatively low-profile existence. After starring alongside Katharine Ross again in the 1978 film Legacy, the pair began dating. They married and welcomed their only child, Cleo Rose, in 1984 and have gone on to have one of the longest-running marriages in Hollywood—and to this day, they are still together and going strong.

All his work in Westerns paid off with widespread recognition in the genre. In 2007, the National Cowboy and Western Heritage Museum inducted him into their Hall of Great Western Performers.

Off the screen, Sam lives by the cowboy code in all aspects of his life. Having had a love of the great outdoors since he was young, Sam resides at a ranch in Malibu, and also owns land in Texas and Oregon.

Look for Sam Elliott on the schedule, on INSP.