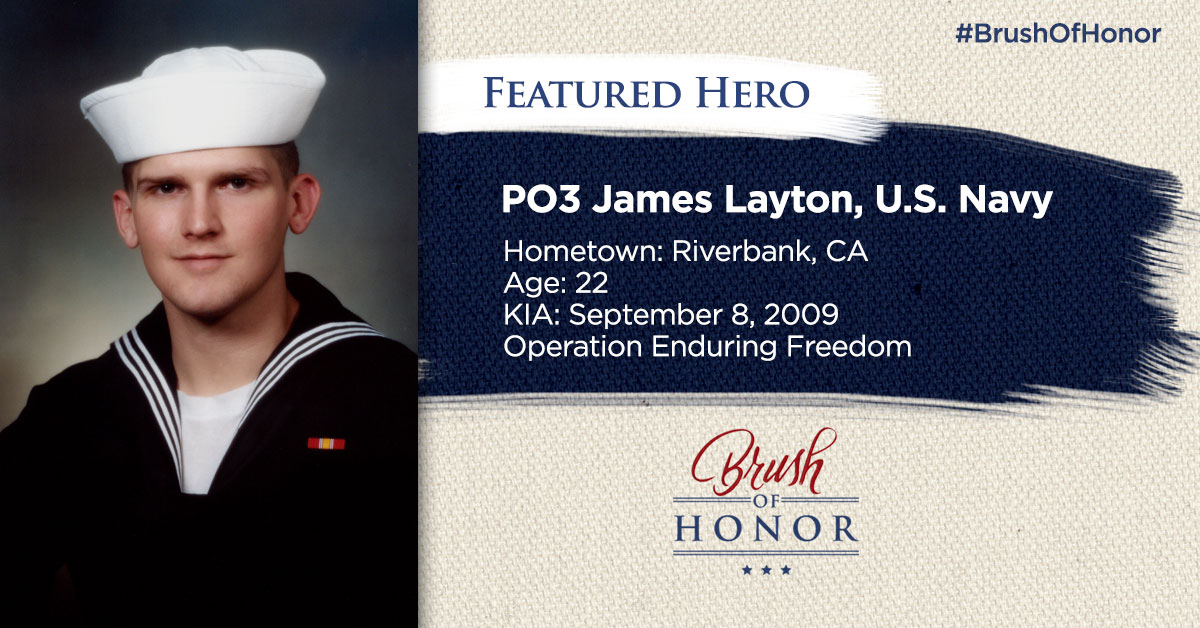 In Honor of James R. Layton

James Layton was assigned to a Marine Corps unit in Afghanistan. On September 8, 2009, James was killed in Kunar Province, Afghanistan, while supporting combat operations during Operation Enduring Freedom. He was 22 years old.

James was the eldest son of Brent and Nikki. He grew up in California. James was inspired by his grandfather’s naval service, and saw the Navy as the perfect avenue for him to see the world while receiving an education.

James fought for the opportunity to become a Corpsman, a Navy medic who fights with, and cares for, wounded Marines on the front lines. Two days before his death, James was patrolling a base when a rocket-propelled grenade fatally struck a soldier standing near him. Shrapnel flew into Layton’s arms and legs, but he remained on duty.

On September 8, 2009, James headed out before dawn, with U.S. and Afghan forces, on an assignment to a remote village in the Kunar province of Afghanistan. Their mission was to meet the village elders, and work to establish the Afghan government’s authority in the mountains near the Pakistani border, a largely Taliban-controlled region. The troops walked into the valley leading to the village, which is bounded on three sides by mountains. Shots broke out from the slopes of the mountains and the U.S. & Afghan forces realized immediately that it was a trap.

During the firefight, Marine Lt. Michael Johnson was struck by gunfire. James rushed from his sheltered position with his first aid kit to help the wounded man.

“James had left his cover to go help Mike,” said his father, “He was killed trying to save Mike.”

James is survived by his mother Nikki; his father Brent; brothers Jonathan and Jesse; sister Jordan; and half-brothers Brandon and Sage.