Calamity Jane: Always in the Spotlight 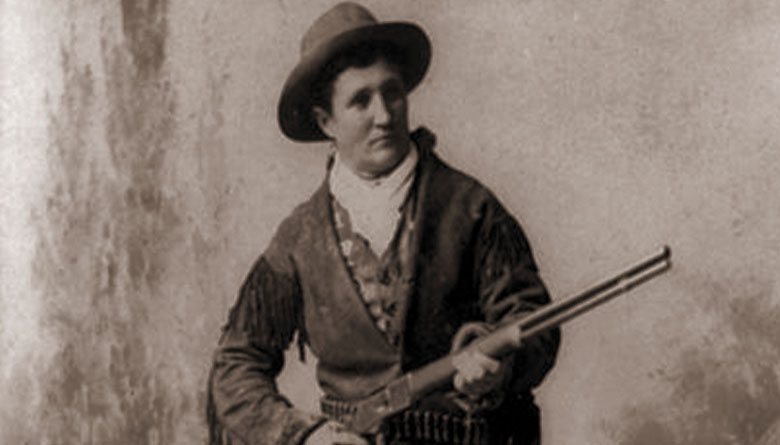 At a time of wild exaggeration, no one spread outlandish tales about Calamity Jane better than Calamity herself. Born Martha Jane Canary in 1856 in Missouri, Jane was the oldest of six children—and orphaned by the time she was in her mid-teens. At 19, Calamity headed to the lawless town of Deadwood, South Dakota. Because of her manly attire and bodacious personality, she soon became the protagonist in a series of dime novels. She dressed like a man, occasionally did men’s work, and she could ride, shoot, out-drink, and out-cuss the most foul-mouthed, tobacco-chewing ne’er-do-wells in any camp she wandered through. She made money as a laundress, a cook, a dance hall girl, and bullwhacker, among other jobs not considered “ladylike.” She was boisterous, and enthralling, drawing crowds wherever she went. She pined for Wild Bill Hickok. Though some accounts state they married, others claim he wanted little to do with her, or they were merely casual friends. As self-aggrandizing as she was, Jane had a big heart, helping the sick and needy. But years of alcoholism caught up with her. She died at age 47 near Deadwood. At her request, she was buried next to Bill Hickok.