Never has a U.S. Marshal lasted more than a week in Yuma. The governor sends Marshal Dave Harmon to clean up the place, but as soon as he arrives he’s in a gunfight, and later framed for murder. Now, Harmon must clear his name, as he faces the wrath of a brutal cattle baron, who knows no law but his own.

Never has a U.S. Marshal lasted more than a week in the bustling town of Yuma in the Arizona Territory. They’ve been intimidated, threatened, terrorized and ultimately run out of town by a tight circle of corrupt, greedy ranchers, led by cattle baron Arch King, his brothers and his henchmen.

The Governor has had enough. He calls upon his most experienced man, U.S. Marshal, Dave Harmon, to step in and bring law and order to the dangerous town. It doesn’t take long for Harmon to learn the King family answers to no laws, but those of their own making. 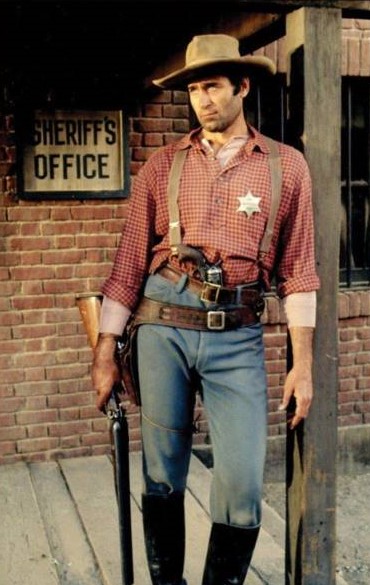 Shortly after his arrival, a couple of drunken hotheads driving a stolen stagecoach, gallop it into town, shooting wildly in all directions. When they’re done having their fun, they go into the saloon. Harmon follows, and attempts to arrest the rowdy pair, but they aren’t about to be paraded out in handcuffs without a fight. Disturbing the peace turns into a deadly shootout, as bullets start to fly, and when one of the troublemakers aims his gun at Harmon, he fires back first, and kills the man. Harmon learns the man he killed is Sam King, and the other, now locked up in jail, is Rol King, brothers of the notorious Arch King.

Local cattle dealer, Nels Decker warns Harmon, Arch will not take his brother’s death at the hands of a lawman lightly, no matter the circumstances. If Yuma’s new Marshal had a target on his back just by riding into town, that target has just gotten bigger.

Harmon becomes friends with Andres, a young orphaned and homeless Mexican boy. With compassion one might not associate with a veteran officer of the law out west, he gives Andres money for clothes, and hires him to sweep up around the jailhouse, allowing him to live there, as well. Finally wanting to settle in, Harmon then checks into the local hotel, run by Julie Williams. Their attraction to each other is almost instant, which is surprising as Harmon has little time for romance. He tends to drift from job to job living without roots, since a tragedy in his past continues to haunt him. Soon he’ll have more worries. It seems Arch isn’t his only enemy in Yuma, and he’s been in town, only one day!

Sometime during the night, two men get into the jail, presumably to break Rol out, but as soon as he’s free, they shoot him in the back—with Harmon’s gun. What the murderers don’t know is someone witnessed their crime. Now Harmon has to clear his name before Arch wreaks his revenge, all while keeping the young witness, Andres, safe. While fighting for their lives, Harmon uncovers a heinous web of corruption and the real reason certain forces want him out of the picture by any means.

All Dressed Up and Everywhere to Go! That’s our Mo, on the go! And always dressed for the occasion. We know Maureen O’Hara has... READ MORE

The Lasting Legacy of Gary Cooper

An American Hero for the Ages People ask me how come you’ve been around so long. Well, it’s through playing the part of... READ MORE