This 12-episode mini-series features an all-star cast! Come along on an epic journey to the heart of the Wild West!

Based on the Pulitzer Prize winning, bestselling historical novel by James A. Michener and considered one of the best mini-series of all time, these 12 episodes follow the epic history of the fictional town of Centennial, Colorado from its birth in the late 1700s through modern times!

Step back in time to the year 1795 and begin at the beginning of Centennial. Here you’ll find all the loves, hopes, and dreams of the earliest settlers: rugged men and strong pioneer women, all yearning to live wild and free in the untamed West. 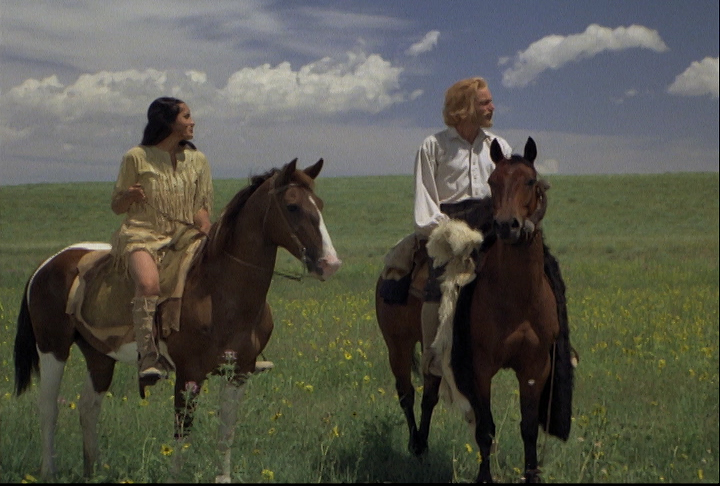 Rich details, interesting characters, and breathtaking cinematography make Centennial a joy to watch. It’s an entertaining and enlightening look at the grit and perseverance shown by the earliest settlers…and the families that continued to live off the land with dignity and determination.

This complex and compelling mini-series spans over 200 years of war, romance, profiteering, cattle drives, politics, revolutions, and more. This ambitious retelling of how the West was created and shaped follows the joys and trials of generations of families that lived, loved, and died in Centennial.

Enjoy spotting the cast members of Centennial in every episode! They are a delightful “who’s who” of 1970s stars, including Richard Chamberlin (who went on to star in Shogun and The Thorn Birds), Robert Conrad, Timothy Dalton, Mark Harmon, Andy Griffith, Dennis Weaver, Brian Keith, Raymond Burr, Lynne Redgrave, Stephaine Zimbalist, Sally Kellerman, and many more!

Whether you watched Centennial back in the day or this is your first encounter, get ready for a sweeping, grand journey into the heart of the Wild West!