Stars Clint Walker and Virginia Mayo! Gar Davis saves widow Celia Gray and her son from a Comanche attack. But as he guides them towards Fort Dobbs, she suspects that he may be her husband’s killer!

After killing a man, Gar Davis is on the run for murder. He flees into Comanche territory and is followed by a sheriff and his posse.

When Gar spots a dead man with an arrow in his back, he switches coats with him and pushes the body off a cliff, hoping that this ruse will convince the sheriff that he has died. 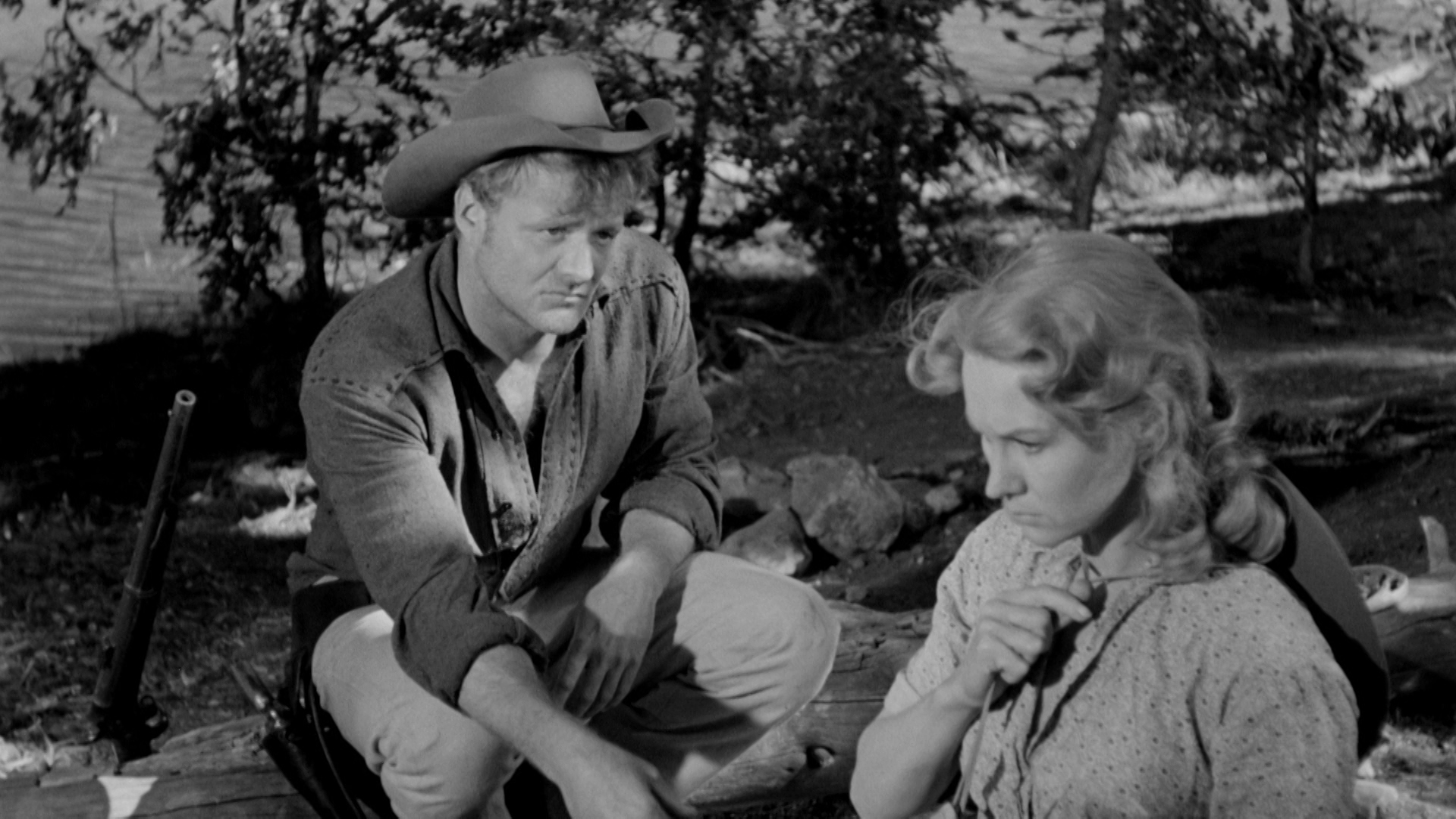 His trick succeeds, and he runs to the first house he can find. Once there, he tries to steal a horse and escape. But his plan fails when Celia Gray

and her son, Chad stop him – and Celia shoots, aiming for his head!

When he wakes up the next morning, he has a minor head injury. He admits to Celia that he was going to steal a horse – but only because the ranch is surrounded by attacking Comanches.

Gar offers to escort Celia and Chad to the safety of Fort Dobbs. After a long shootout between them and the Comanches outside, Gar saddles up three horses and the trio escape.

But many dangers lay ahead on the road to the fort. There are streams to ford, and outlaws to contend with, and Comanches to avoid. Gar insists that the safest route to Fort Dobbs is the longest, but when Celia grows tired of following his orders, she attempts to cross a stream and nearly drowns.

When she awakens, she is wrapped in only a blanket and realizes that Gar has saved her. She apologizes for her actions and asks Gar what he is running away from…but Gar does not answer.

Later, Celia notices her husband’s jacket in Gar’s saddlebag. She sees the large hole in the back and mistakes it for a bullet hole. She accuses Gar of killing her husband, but Gar replies that he only took a dead man’s jacket to avoid a posse. But like Celia’s husband always used to tell their son, things aren’t always what they seem….

Even though Celia doesn’t trust him, Gar still vows to bring her and her son to safety. But it may be the death of him!

Is It True What They Say About Selleck?

How Savvy Are You About Selleck? Movie cowboy and real-life rancher, Tom Selleck’s acting career has taken him from stage to screen... READ MORE